CHINA BANKS ON VERGE OF COLLAPSE 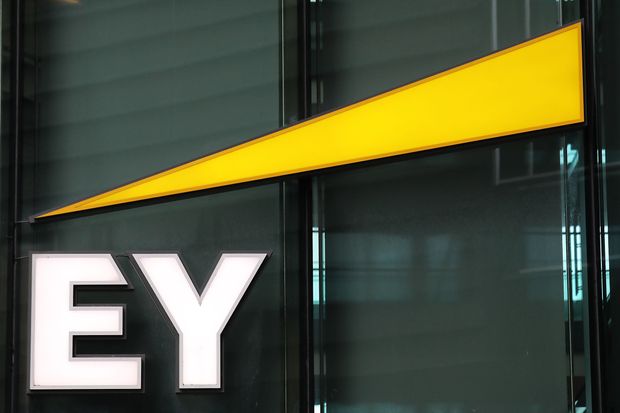 Ernst & Young had come across indications that the use of proceeds from some of the bank’s loans to institutions wasn’t consistent with their stated purpose, according to Bank of Jinzhou’s filing. PHOTO: PHILIP TOSCANO/ZUMA PRESS
June 3, 2019 7:34 a.m. ET
Ernst & Young LLP resigned as the auditor for a Chinese commercial bank, the bank said, adding to concerns about the health of the country’s regional banks following a government takeover of a troubled small bank last month.
Bank of Jinzhou Co., a city bank with roughly $100 billion in assets, said in a stock-exchange filing on Friday night that its auditors relinquished their role a year after being hired to review its accounts.
According to the filing, Ernst & Young and its Chinese joint venture said in their resignation letter that they had requested information about certain loans the bank made but were unable to get enough documents to resolve their questions and complete their audit.
The accounting firm had come across indications that the use of proceeds from some of the bank’s loans to institutions wasn’t consistent with their stated purpose, according to Bank of Jinzhou’s filing. Ernst & Young in turn asked for documents to help it ascertain whether the debt could be repaid or recovered but couldn’t reach an agreement with the bank on the issue.
Bank of Jinzhou—which was founded in 1997 in China’s northeast region and lends mostly to small and midsize enterprises—is among more than a dozen Chinese commercial banks that have delayed the release of their 2018 annual reports. It has hired a Hong Kong-based accounting firm, Crowe (HK) CPA Ltd., as its new auditor and expects to release its annual results by the end of August.
The Hong Kong-listed bank’s shares have been suspended since April 1. The firm also has $1.5 billion in outstanding U.S. dollar perpetual securities. They fell sharply Monday, losing close to a fifth of their value to trade at about 65 cents on the dollar, according to Bloomberg data, yielding close to 20%. That implies elevated default risk, said Owen Gallimore, head of credit strategy and research at ANZ. Bond yields rise as prices fall.
There was limited fallout elsewhere. A finance subindex of Hong Kong’s Hang Seng Index fell 0.8% Monday, while a Shanghai index made up of 22 bank stocks gained 0.49%.
Investors have been on the lookout for signs of vulnerability in China’s banking sector. On May 24, Chinese banking regulators seized control of Baoshang Bank Co., a bank based in Inner Mongolia, citing severe credit risk. It was the first takeover of a Chinese bank by national authorities since 1998 and was followed by an increase in interbank lending rates on the mainland last week.
Since last year, many small and midsize banks in China have reported higher nonperforming-loan ratios after the country’s banking regulator told lenders to classify all loans that were more than 90 days overdue as nonperforming.
Bank of Jinzhou disclosed a nonperforming loan ratio of 1.26% last June. Its special-mention loans, or loans at risk of defaulting, stood at 8.3 billion yuan ($1.2 billion), or 3.3% of its total loans, up sharply from the beginning of 2018.
On Sunday, China’s central bank said the takeover of Baoshang Bank was an isolated incident. According to the People’s Bank of China, close to 89% of Baoshang’s stock was owned by Tomorrow Group, a company linked to missing financier Xiao Jianhua. The bank had previously reported a capital shortage.
Advising the public to look at the case “objectively and calmly,” the central bank said that there is sufficient liquidity in the financial markets and that risks in the financial system are under control.
Still, a detail in the central bank’s statement sparked worries among some market participants. Regulators said they would fully protect the interests of Baoshang Bank’s individual depositors and wealth-management customers. They will also guarantee the banks’ liabilities of up to 50 million yuan to individual corporate and financial institutions. However, institutions that are owed more than 50 million yuan may benefit from only partial guarantees of at least 80%.
“That means some financial institutions in the interbank market will suffer losses, which will drive up funding costs of small banks and, therefore, slow credit growth, especially loans to small private enterprises,” said Shujin Chen, a banking analyst with Huatai Financial Holdings.
Ms. Chen estimated Baoshang Bank’s nonperforming-loan ratio at around 30%, well above the reported industry average of 1.8%. Baoshang Bank hasn’t released financial results since the third quarter of 2017.
The central bank’s statement was meant to demonstrate that Baoshang’s issue wasn’t a sign of broader problems, said Duncan Innes-Ker, regional director for Asia at the Economist Intelligence Unit. Still, he noted that Bank of Jinzhou’s auditor change was a red flag and added: “I think there is certainly a degree of nervousness in the financial sector about what’s going on at the moment.”
Written by Joseph Belbruno