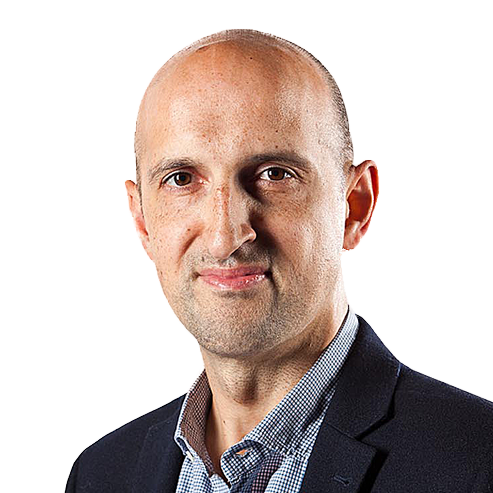 Matthew Syed
Wednesday December 18 2019, 12.00am GMT, The Times
Share
Save
On a trip to China a decade or so ago, I chatted to older members of the Chinese table tennis community about Rong Guotuan. Rong is one of the most significant figures in modern Chinese history, the man who became the first Chinese citizen to triumph in a global sporting title by winning the World Table Tennis Championships in 1959.
Rong was considered by all who knew him to have been a wonderful person: talented, decent, humane. After winning the world singles title in 1959, he helped China to victory in the team event in 1961 before becoming the women’s coach in 1964. He made an instant impact, leading the team to its inaugural victory in the 1965 World Championships.
It was at this point, however, that Rong’s life was turned upside down by the ructions in Chinese society. The ostensible rationale for the Cultural Revolution was to radicalise a society slipping into bourgeoisie habits, but it was in truth an expression of naked political power. Mao Zedong, an ageing dictator increasingly inclined to paranoia, wished to purge society of all threats, large or small. It led to a nationwide orgy of sustained violence.
Table tennis, which had gained such kudos in Chinese culture, was condemned as a stronghold of anti-Maoist revisionism. Rong, along with Fu Qifang and Jiang Yongning, two other coaches, was placed into solitary confinement and forced to admit to imaginary crimes. They endured torture, humiliation and what is euphemistically called “re-education”.
Slowly but surely, all three men started to lose their minds. Fu and Jiang were the first to crack, committing suicide in the spring of 1968. Rong, who had won the world title less than a decade earlier, hanged himself on June 20 that year. To this day, his final letter brings tears to my eyes: “I am not a spy. Please do not suspect me. I am sorry to you all. I love my honour more than my life”.
On Saturday, Mesut Özil, the Arsenal and Germany midfield player, posted a message on Twitter highlighting the persecution of Uighur Muslims in the Xinjiang region, in the north-west of China. It was a detailed post, drawing upon allegations that “Qurans are burned, mosques were closed down, Islamic theological schools, madrasas were banned, religious scholars were killed one by one.”
There has been an energetic debate about Özil’s intervention. Some have backed the German, while others have pointed out the tension between his concern for human rights in China while associating with President Erdogan, the Turkish leader implicated in crimes against the Kurds. There has also been debate about the parameters of free speech in a world where employment contracts often constrain the public expression of views that might compromise commercial imperatives.
Forgive me, in this column, for taking a step back. For when I look at the Communist Party of China, I can’t help noting a pattern that extends from its seizure of power in 1949 to today, as President Xi Jinping accrues ever greater centralised authority, abolishing fixed term limits and orchestrating a cult of personality. This may be a nation that has changed in many ways, not least via the economic reforms of Deng Xiaoping in the 1980s, but it continues to exhibit the Achilles’ heel of all one-party states: the systematic abuse of political power. 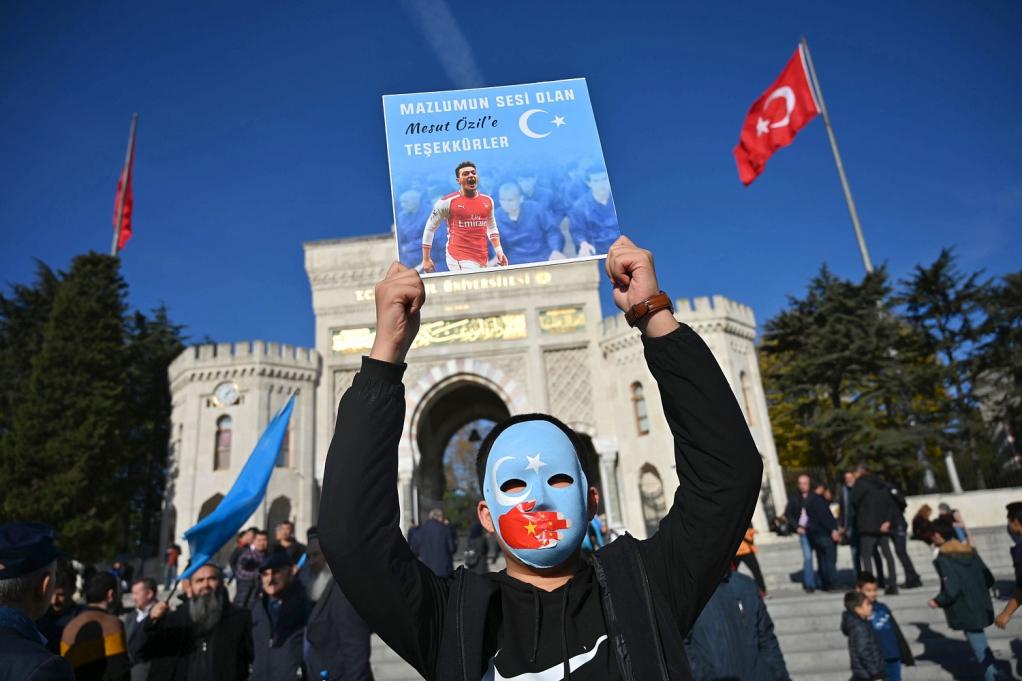 A supporter of China's Muslim Uighur minority holds a placard of Özil reading "Thanks for being our voice"
OZAN KOSE/AFP/GETTY
I am guessing I am not alone in noticing the central irony of the Özil case. The Communist Party has raged over recent days against the allegation that they have been brainwashing the Uighurs. They said it was absurd to suppose that they were operating “full video surveillance coverage of dormitories and classrooms free of blind spots”. They wanted it to be known that they allow citizens access to information and wouldn’t dream of exerting any form of centralised mind control.
And yet, at the very same time, they banned coverage of Arsenal against Manchester City, forced the state-controlled media to write a series of politicised condemnations of Özil, shut down his fan page, and set about systematically eliminating all traces of the German from the internet. If anyone was in any doubt about whether the Chinese state has the predisposition to engage in brainwashing, of the Uighurs or anyone else, their despotic response to Özil rather gave the game away.
On a different trip to China in 2007, I got to know Zhuang Zedong, another icon of modern Chinese sport. Zhuang won three world table tennis singles titles in the 1960s and, partly because he became a personal favourite of Jiang Qing, Mao’s fourth wife, was elevated into politics. In 1971, he was invited to join the Central Committee, the ruling body of the party.
And yet he, too, would ultimately fall foul of the dizzying gyrations of arbitrary power. A month after the death of Mao in September 1976, Zhuang was retrospectively condemned for his political activism and received a knock on the door from state inquisitors. He was taken from his home to an anonymous camp in rural China. There, he was incarcerated for four years and forbidden any contact with the outside world, including with his wife and two young children.
In a chilling parallel with allegations relating to the Uighurs, Zhuang was kept under constant surveillance and forced to recite Maoist propaganda. He preserved what remained of his sanity by reading a battered copy of The Count of Monte Cristo. “It is a beautiful book,” he told me. “Incarceration coupled with interrogation can play cruel tricks on the mind and many are driven to suicide. The book taught me to hope when I was living at my mental limits”.
For almost three decades after his release, Zhuang lived a curious half-life, still tainted by the scandal of persecution, but seeking a way to regain a niche in Chinese society. Only in the years before his death in 2013 did he start receiving invitations to official sporting functions, the slow process of rehabilitation. “It has been a strange, often painful life,” he said.
If there is one positive to the Özil affair, I hope it will help us to feel a renewed appreciation of liberal democracy. Despite tensions over Brexit, our society has demonstrated the capacity to resolve disagreement through debate, discussion and, ultimately (if belatedly), the ballot box. This is an achievement of greater subtlety than we sometimes realise.
China may be wealthier than it once was, but its people remain impoverished in so many other ways. What seems certain, to me at least, is that the treatment of the Uighurs should be seen not as a one-off scandal, but as part of a broader, more historic pattern.
Written by Joseph Belbruno