Quackery and communism go together

Ben Macintyre
Saturday June 06 2020, 12.01am BST, The Times
Share
Save
Traditional Chinese medicine is at least 2,000 years old. It encompasses a broad range of treatments, including acupuncture and herbal remedies, and aims to restore the body’s harmony between the natural opposing forces of yin and yang, unblocking vital energy. As a method of curing human illness, it is ancient, complex, rather beautiful in expression, and almost wholly ineffective.
Most western doctors regard traditional Chinese medicine (TCM) as quackery, a belief-system not a science, a hodge-podge of unverified theories, undetectable phenomena and folk wisdom. With scant empirically-proven medical effect, it is also helping to kill off some of the most endangered species on the planet. Rhino horn and powdered tiger bone are believed to cure various ailments, and do not.
An editorial in Nature describes TCM as “an uncharted body of knowledge [that] should be treated with the customary scepticism that is the bedrock of both science and medicine”. 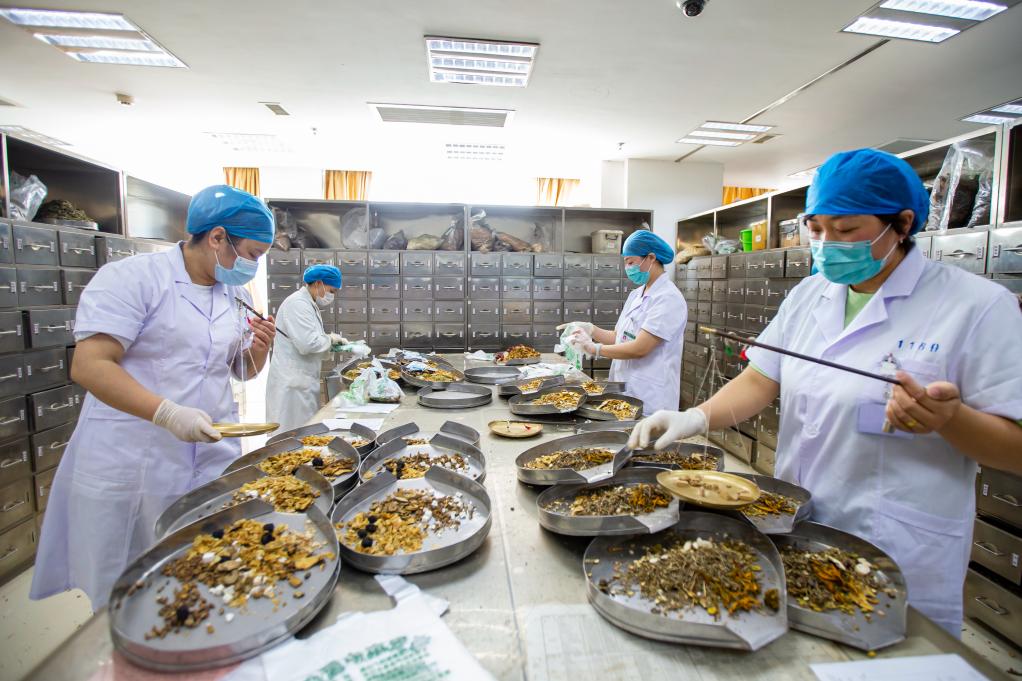 While Chinese medicine has no proven benefit, it is a useful propaganda tool
COSTFOTO/BARCROFT STUDIOS/GETTY IMAGES
But there is one area in which this pseudo-medicine has proved highly efficacious: bolstering Chinese communist rule. This week, authorities in Beijing revealed plans to make criticism of the country’s traditional medicine a criminal offence. President Xi has praised traditional medicine for its “unique” contribution to fighting the coronavirus: in fact, its unique role may lie in the transmission of the virus from animals to humans through pangolins, a prized ingredient in TCM, sold in Wuhan wet market.
TCM is an industry worth an estimated £420 billion, but it is also a reflection of Chinese national identity and state ideology. In the 1920s, with traditional medicine powerless against smallpox, diphtheria, malaria and TB, China’s nationalist government embraced western medicine, rejecting as fraudulent the ancient theories of yin and yang, acupuncture meridians, and the “five elements”.
It was Mao Zedong who rescued, systematised and promoted TCM. In 1954 he wrote: “Chinese medicine should be well-protected and developed. Chinese medicine has a history of several thousand years, whereas western medicine was introduced into China only a few decades ago. Chinese medicine has made great contributions to the people of our country.” He lauded it as a national treasure, just as President Xi refers to it as a “jewel”.
But Chairman Mao did not believe a word of it. Since there were not enough trained doctors to treat China’s masses, he ordered the “complete unification” of healthcare, a synthesis of Chinese and western medicine: “This ‘One Medicine’ will possess a basis in modern natural sciences, will have absorbed the ancient and the new, the Chinese and foreign.” TCM would provide solace for the people where basic healthcare was unavailable.
Conscious of the scepticism of empirically minded people, both outside and inside China, Mao ordered that Chinese medicine be standardised in medical texts, turning the idiosyncratic, contradictory array of theories and traditions into something resembling a consistent medical philosophy. TCM is widely venerated because it is ancient but in its modern, Maoist form, it is just 70 years old.
With westerners hungry for “Oriental enlightenment”, Mao also hoped that exporting Chinese medicine to the West might improve relations and raise China’s international standing. “Our ancient medicine is the subject of interest of the medical world in capitalist countries,” a 1955 report by the Chinese Medical Association declared proudly. Moreover, faith in homegrown medicine would diminish China’s reliance on drugs and medical equipment from its communist rival, the Soviet Union. Tiger bone is one of the ingredients used in Chinese medicine
ALAMY
During the Cultural Revolution traditional medicine became even more closely aligned to national identity, with a so-called “barefoot doctor” assigned to each village, combining the old ways with some basic medical training. Healthcare policy and national ideology entwined.
Chairman Mao knew that TCM was largely propaganda. “Even though I believe we should promote Chinese medicine,” Mao told his personal physician, Li Zhisui, “I personally do not believe in it. I don’t take Chinese medicine.”
Not for Mao the powdered rhino horn; the Chairman had no time for his yin or yang. When he was dying in 1976, probably from a combination of Parkinson’s and heart disease, the Austrian neurologist Walther Birkmayer was flown in from Vienna to treat him.
Ever since the outbreak of coronavirus, the Chinese government has heavily promoted TCM as an effective treatment. According to official figures, more than 90 per cent of patients with Covid-19 have received traditional remedies such as ephedra, which has been used to treat respiratory complaints since the 13th century, mixed into in a special soup with poria, blackberry lily, apricot kernel and gypsum. There is no rigorous trial data to show that such treatments are safe, let alone successful in combating the virus.
“We are dealing with a serious infection which requires effective treatments. For TCM, there is no good evidence, and therefore its use is not just unjustified, but dangerous,” Edzard Ernst, former professor of complementary medicine at Exeter University, told Nature.
For President Xi, TCM is about power, not science, a way to demonstrate Chinese exceptionalism, promote national pride, enhance (as he puts it) the “rejuvenation of the great Chinese nation” and flex international muscle. Last month the World Health Organisation removed a warning not to use herbal remedies from its “what not to do” list, prompting accusations that it had bowed to pressure from the Chinese government.
Like Mao before him, President Xi has instructed doctors to “adhere to using Chinese medicine alongside western medicine”. TCM may not make much sense scientifically, but it is a proven political panacea.
“I myself like Chinese medicine a lot,” says China’s president. Whether he would like it quite so much if he got seriously ill is another matter.
Written by Joseph Belbruno