The White House is considering putting TikTok on a blacklist that would effectively prevent Americans from using the popular video app, as one option to prevent China from obtaining personal data via the social media platform.
Three people familiar with the debate inside the Trump administration said one proposal being mulled was to place ByteDance, the Chinese parent company of the social media app, on the commerce department’s “entity list”.
That move would make it exceptionally hard for US companies to provide technology to TikTok. The restrictions would include software, meaning that Apple and other app stores could no longer provide updates over their platforms.
One senior US official said the “entity list” was one approach being debated, as the administration weighed how to ensure that China could not obtain the personal data of American citizens. The US last year placed Huawei, the Chinese telecoms company, on the entity list over allegations that it helps China conduct espionage.The official said the administration would reach a conclusion within a month. “We are going to send a very strong message to China.”
The administration is conscious that TikTok is popular with the public and so was examining if there is a way to allow people to use the app but with protections to prevent China from accessing private data, the official added.
Mike Pompeo, secretary of state, recently said the US was considering banning the app for security reasons. President Donald Trump said he was “looking at” a ban and suggested it was retaliation for the way China handled the coronavirus outbreak.
Foreign policy hawks such as Senator Marco Rubio and other members of Congress have also stepped up pressure over TikTok. Stephen Lynch, the Democratic head of the House oversight national security panel, this week urged Apple and Google to prevent apps from sharing sensitive data with China, in a letter apparently aimed at TikTok. 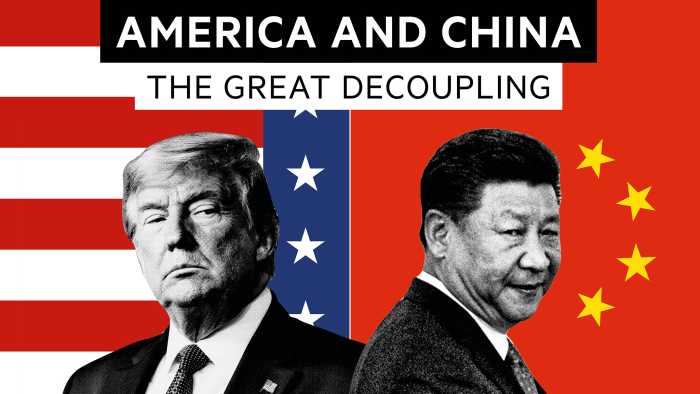 The administration is also considering invoking the 1977 International Emergency Economic Powers Act, which would involve deeming TikTok an “unusual and extraordinary threat” to US national or economic security. While IEEPA enables the administration to use the entity list, it could form the basis for other ways to restrict TikTok.
The White House did not comment. It was unclear how the top officials involved in the debate were lining up on the entity list. In his recent memoir, John Bolton, the former national security adviser, said the China team was “badly fractured”. And senior officials are often in the dark about the outcome until Mr Trump takes his decision. One person familiar with the debate said Steven Mnuchin, Treasury secretary, tended to be more conciliatory, while Matt Pottinger, the deputy national security adviser, and Peter Navarro, a White House China hawk, were less willing to endorse a more conciliatory approach to Beijing. Mr Pompeo has also been increasingly critical of China in recent months.
James Lewis, a technology expert at the Center for Strategic and International Studies, said the entity list was the most aggressive option, but added the caveat that it could be more easily challenged in court. Some observers have privately said that the administration might be tempted to use the list to make a political point.
“They have so much fun with the entity list that they are entertaining that one, too,” said Mr Lewis. “They’re very happy with how that played out with Huawei.”

The administration has all the cards . . . TikTok can’t resist

Kevin Wolf, a partner at Akin Gump who led the commerce department division that oversees the entity list until 2017, said the Trump administration had been increasingly willing to broaden the way that the list was used in policymaking.
“This administration has expanded it to more economic considerations involving [intellectual property] theft and to its credit it has been more willing to use the entity list to go after human rights issues,” said Mr Wolf, who pointed to the “concentration camps” where China is detaining more than 1m Uighurs in Xinjiang province.
The administration last year added Hikvision — a Chinese company that supplies surveillance cameras camps in Xinjiang province — to the entity list. Mr Wolf also pointed out that there had never been a legal challenge brought against an entity list move, saying companies generally worked with the commerce department to find solutions.
Larry Kudlow, the top White House economic official, on Thursday said he believed TikTok would become a US company separate from ByteDance. One mechanism for that to happen could involve the Committee on Foreign Investment in the US (Cfius), which is already investigating ByteDance’s acquisition of Musically. The panel could force a restructuring that effectively makes TikTok an independent US company as a condition for approving the deal.
Mr Lewis said using IEEPA would be an easier option since the courts tended to be deferential to the president over legal challenges involving national security. But he said the “most elegant solution” would be to restructure TikTok as part of the Cfius process. “The administration has all the cards . . . TikTok can’t resist.”
Last week ByteDance said it was “evaluating changes” to TikTok’s corporate structure, and was considering creating a TikTok management board separate from ByteDance, or establishing a headquarters outside of China.
TikTok refused to comment on the administration’s plans. But the app, which has exploded in popularity among entertainment-starved teens during the pandemic, has insisted that it does not have close ties with its Chinese parent.
TikTok has said it stores its US user data on servers in the US or Singapore. But its privacy policy also notes that it “may share . . . information with a parent, subsidiary, or other affiliate of our corporate group”.
Written by Joseph Belbruno