China has a long history of deadly floods, including one in 1931 that killed two million people and another in 1998, when, according to government estimates, one-fifth of the country’s population was affected, resulting in the deaths of more than 3,000 people and causing economic damage of more than $20 billion.
Since the beginning of June this year, the floods have impacted more than 45 million people in 27 of China’s provinces, exacting an economic cost of more than 116 billion yuan ($16.5 billion). According to the Ministry of Emergency Management, 142 people were dead or missing and 35,000 houses had collapsed as of July 23.


Water is released from the Three Gorges Dam to relieve flood pressure in Yichang in central China's Hubei province on July 19.
AGENCE FRANCE-PRESSE /GETTY IMAGES
The Guanyin Temple, a 700-year-old pavilion built on a rock, in the swollen Yangtze River in Wuhan on July 19.
AGENCE FRANCE-PRESSE /GETTY IMAGES
A flooded area in central Jiangxi province near Poyang Lake, the country's largest freshwater lake, on July 15.
AGENCE FRANCE-PRESSE /GETTY IMAGES
Residents play in flooded Jiangtan Park caused by heavy rains along the Yangtze River in Wuhan in early July.
GETTY IMAGES
In recent years, China has increased government spending on building up flood defense, creating a network of dams all over the country, especially on the Yangtze River, the longest river in Asia and the third longest in the world.
China has been pouring money into water conservation projects on major rivers and lakes, but for decades it has neglected smaller bodies of water. Roughly 96% of the 94,000 dams dotting China’s rivers are smaller dikes constructed in the 1950s and 1960s. Poor management of these small dams and streams weakens their ability to divert flood waters from the upper and middle reaches of their respective rivers, creating hidden dangers.
1. Chongqing: Average precipitation has been 40% higher than normal this year, breaking a record set in 1961.
2. Yichang: Heavy rains have inundated this city of four million people, causing landslides.
3. Gezhouba Dam: Located on the outskirts of Yichang, only 23.6 miles away from the Three Gorges Dam. Heavy rainfall increased the inflow of water from the upper Yangtze River and started to discharge water on June 29.
4. Wuhan: Walls were built along the river of this large metropolis of 11 million people to prevent overflowing. Wuhan gained global attention this year as the initial center of the coronavirus pandemic.
5. Poyang Lake: China’s biggest freshwater lake, fed by several tributaries of the Yangtze River. More than 100 dikes around the lake and along the Yangtze River in Jiangxi collapsed or leaked when rain caused flooding in July.
6. Nanjing: On July 18, this former Chinese capital and important economic hub in the Yangtze River delta reported flood waters that rose five feet higher than the warning level, triggering the highest-level emergency flooding alert.
7. Shanghai: This important commercial hub ended its longest rainy season in two decades on July 20. Average rainfall was 2.4 times higher than historical levels, and marked the second-highest total since 1961.
China began building the controversial Three Gorges Dam in 1994, causing more than one million people to relocate and damaging the surrounding environment. The constant rain has also raised concerns about integrity of the dam, prompting officials in recent weeks to directly rebut assertions that the dam was in danger of collapsing. 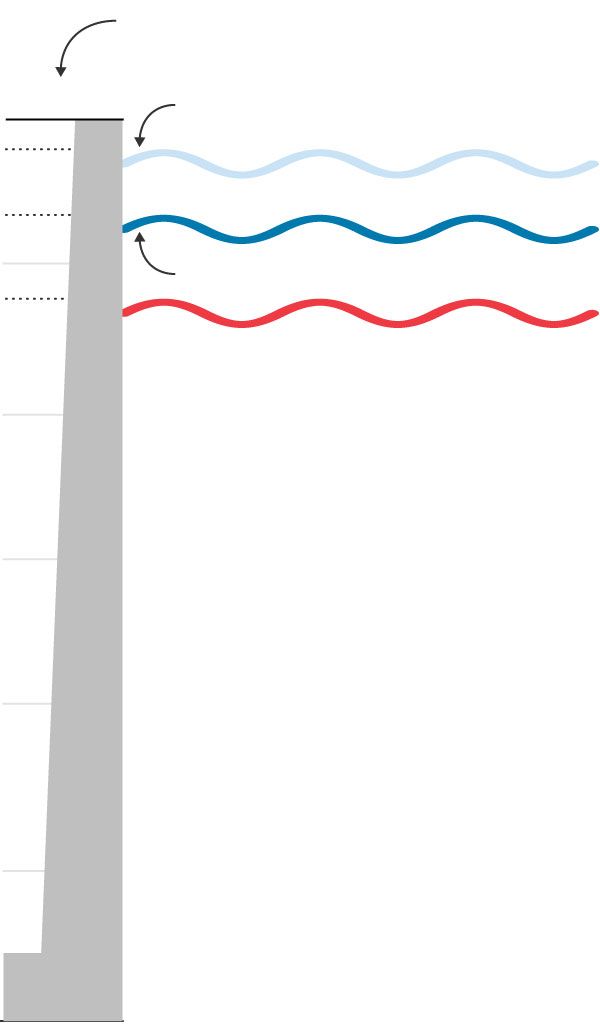 Heavy rains on the upper reaches of the Yangtze River are raising the water level there and sparking new flooding that is expected to hit the Three Gorges Dam soon. The giant reservoir is currently releasing water to set aside more space for the coming floodwaters, Yangtze River authorities said Friday.
The giant dam is capable of handling inflows of as much as 22.1 million gallons (83.7 million liters) per second to protect the lower reaches. The last flood hit the dam with a peak inflow of 16 million gallons a second last week, raising concerns about the dam’s strength and safety.
Written by Joseph Belbruno