THE FREE WORLD MUST AND WILL REDUCE HAN CHINESE TO A CONDITION WHERE RATS EAT RATS AND SNAKES EAT SNAKES. THIS IS OUR SOLEMN PLEDGE TO ALL YOU HAN CHINESE MAGGITS: WE WILL DESTROY EVERY ONE OF YOUR LIVING POISONOUS CELLS!

On the outskirts of Bolao town, five minutes down an overgrown dirt track into the jungle of southern China’s Guangxi region, Hua Chaojiang breeds cobras by the hundred. An acrid smell and a chorus of angry hisses meet us when we step into the darkness of the three-storey red-brick building. Hua, who has been raising snakes for 20 years, is unfazed. He reaches into one of the pens, grabs a tail and casually lifts up a complaining — and venomous — elapid snake. The four-year-old cobra is about as thick as Hua’s muscled arm and nearly twice as long. Hua laughs when asked whether the poisonous snakes have ever bitten him. “Of course,” he replies, using a metal pole with a hook to keep its fangs away from his body.
Despite their impressive size, Hua’s cobras are starving. Some are already dead. It is six months since the Chinese government banned the breeding and consumption of snakes and other land-based wildlife, as part of its response to the discovery of a novel coronavirus in the central city of Wuhan. Now that Covid-19 has turned from an epidemic to a pandemic, China’s prohibition looks like it could become permanent, leaving Hua with thousands of snakes and nowhere to put them. “If there is no market, what can I do with them?” he asks. To save money, Hua has cut down feeding from five times to once a week. Even so, his walk-in freezer is nearly empty of frozen cockerels. The hunger makes the cobras restless. “Snakes fight snakes. Snakes eat snakes,” he says.
The snake trade has been lucrative for Hua. Before the ban, a snake would sell for about Rmb50 (more than $7) per kilogramme in markets in neighbouring Guangdong province. He has been growing his business steadily since the 1990s, when he first started keeping cobras in a small shed with half a dozen snake pens. Later he invested profits in a new building to keep the poisonous reptiles further from neighbours. He attended courses with snake-breeding experts and passed tests to become a qualified breeder. As he expanded he moved most of his stock into the jungle, although he still keeps a few pits of oriental rat snakes, which are not venomous, on his original farm.
In 2016, the industry of breeders and restaurants that used wild animals for meat was estimated to have a total value of Rmb125bn ($18bn). The government has promised to compensate breeders, but the process keeps being delayed. Hua, 50, has had to borrow money to keep the business from total collapse. “Since the epidemic came, it’s not been possible to sell anything. I’m losing money on buying the chicks to feed them, on paying workers, on everything.” He and other breeders travelled to the regional capital of Nanning to petition the government — to no avail. Officials talk of finding new employment for breeders but Hua struggles to imagine what that could be. “I only know how to breed snakes,” he says.
Hua has been caught on the wrong side of global efforts to guard against a future outbreak of another contagious pathogen. Epidemiologists warn the next one could easily be more deadly than Covid-19, which has infected more than 16 million people worldwide and resulted in more than 600,000 deaths. The prevailing theory is that it originated in wildlife. The earliest cases of novel coronavirus identified in Wuhan were tied to the city’s Huanan market, which, according to independent Chinese media reports, sold a wide range of creatures, including civets, pangolins and snakes.
The exact transmission pathway remains unclear; the best genetic matches for Sars-Cov-2, the virus that causes Covid-19, have been of coronaviruses carried by horseshoe bats from the southwestern Yunnan province. But some scientists believe the virus passed through an intermediate host before reaching humans. The pangolin, a scaly anteater once common in Asia but now endangered by high levels of poaching and trafficking, is one possible host; another early suggestion, later shown to be unlikely, was snakes.
As the country where the pandemic began, China has faced intense pressure to clean up its wildlife trade and urban live animal markets to safeguard against future outbreaks. Haunted by multiple past outbreaks — notably, severe acute respiratory syndrome, or Sars, in 2003, which was traced back to palm civets — the government has responded sharply, with the emphasis on shutting down the illegal wild animal trade. The prohibition has been hailed by environmentalists and epidemiologists alike, but many have called for it to be expanded and made permanent.
The glare of international scrutiny has further complicated the government’s efforts. The original discovery of the coronavirus in the Wuhan market sparked calls in the US and Europe for China to close its “wet markets”. These calls were mostly met with confusion in China, where urban markets made up of outdoor stalls or housed in large warehouses are preferred to supermarkets by the majority of the population as the place to buy groceries.
The phrase “wet market” added to the sense that the calls were misguided. The term originated in Hong Kong English to describe outdoor vegetable, fruit, meat and seafood stalls, which had slippery floors from a mixture of discarded food waste and water used to clean produce, and has no obvious equivalent in Mandarin Chinese. But this linguistic confusion is a distraction from the more significant roadblocks China faces as it attempts to control the wildlife trade to ensure future biosecurity. Even for a one-party state led by Xi Jinping, the country’s most powerful leader in decades, this is a daunting task. 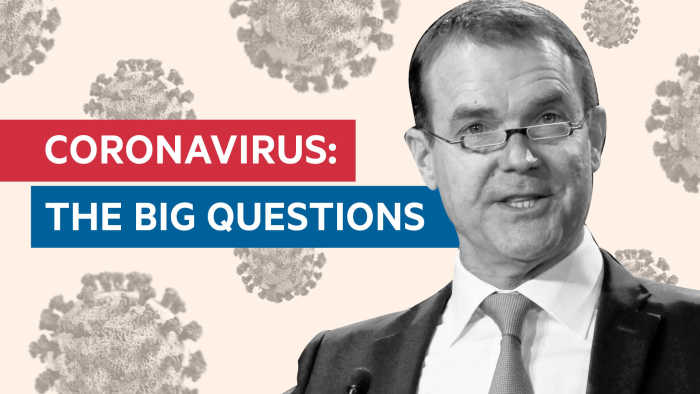 Coronavirus: New wildlife trade regime needed to avoid next pandemic | FT Interview
The snake trade was just one of dozens of wildlife industries that boomed as China’s population grew and became wealthier. Rarer species were the domain of China’s nouveau riche. Carved ivory and tiger bone wine were often prized possessions and could be auctioned for vast sums or given as bribes to corrupt officials. These practices have been curtailed in recent years, thanks in part to President Xi’s anti-graft campaign, which curbed flagrant bribery. But more prosaic forms of the trade have persisted and even grown.
The country’s rising wealth has created a host of mar­kets for wildlife, some legal, some illegal and many somewhere in between. Prior to the pandemic, the farming and commercial trade of about 50 protected species was permitted in China. Many more non-protected species, such as snakes, could be bred and sold as long as the farms and businesses obtained licences from the forestry authorities.
Hua’s cobras, which had received official approval, are mostly sold for food. Other species are traded as exotic pets for the urban middle class or used in Chinese medicines, many of which are mass-produced and highly popular. At the height of the coronavirus outbreak in China, more than 90 per cent of confirmed Covid-19 cases in the central Hubei province were treated with traditional Chinese medicines, according to local officials. Many of these remedies are plant- and mineral-based, but some also use wild animal parts. An injection that contains bear bile was given to more than 30,000 patients in 90 hospitals across China.

Since the epidemic came, it’s not been possible to sell anything. I only know how to breed snakes

Covid is a disaster but it’s a good lesson, a wake-up call. Lots of people now won’t eat wildlife

Grace Ge Gabriel, Asia regional director for the International Fund for Animal Welfare, believes Beijing could make the shift from wildlife trading happen if it decided to, by including compensation for farmers and incentives to switch industries. “The whole disaster is caused by the legal loopholes,” she says. “The basis of China’s wild­life protection law was wrong. It’s a wildlife protection law in name only. The law is more about protecting the utilisation of wild animals, rather than protecting them for their ecological value in the wild.”
Ge Gabriel points to the use of bear bile in Tan Re Qing, a Chinese medicine injection for respiratory infections made popular during the Sars outbreak in 2003, which was included in a list of products recommended by China’s health commission as a treatment for coronavirus. In the 1990s, experts in traditional Chinese medicine had begun to reject the use of bear bile completely, because wild bear populations were so low and they considered bears bred in captivity to be unsanitary. “Instead of the government taking the cue to find replacements and phase out bear farming, they continued [to allow] bear farming. What happened was they merged some of the smaller unsanitary bear farms with pharmaceutical companies to create something more sanitary-looking,” she says.
A spokesperson for Shanghai Kaibao Pharmaceutical Co, the leading manufacturer of Tan Re Qing, says its technology to synthesise bear bile is not yet mature enough to make the treatment at scale. The company defends the use of farmed bears, saying they do not count as “wild animals” because they are supplied by breeding units recognised by the Chinese government.
Andrew Di Salvo, a US-based wildlife veterin­arian and author of a recent study on the risks of bears as a source of zoonotic pathogens, says “possible transmission of bacteria via bear bile consumption would be at the top of my list of concerns” about infections, although he adds that the overall risk may be low. “While there are numerous zoonotic diseases involving other species that may pose a greater risk to humans, that by no means reduces the importance of remaining vigilant of all potential zoonotic risks,” he says.
Conservationists hope the pandemic will con­vince China’s government that promoting medicines with wild animal ingredients is more likely to cause the next outbreak than help cure this one. “The current ban is focused only on consumption, but the virus doesn’t make a distinction between trade that is legal or illegal, for food or for medicine or for exotic pets,” Ge Gabriel points out.
She believes the shift towards protection can happen, as it has in the past. After China banned auctions of ivory, rhino horn and tiger bone, it led to a marked reduction in poaching, which has continued to fall. “Enforcement went up, penalties were up, trade went down,” she says. “Current loopholes basically put the burden of proof on law enforcement, rather than on the criminals. That needs to change.”
Written by Joseph Belbruno