Residents in the capital of Xinjiang are being forced to take Chinese medicine, being handcuffed to buildings and ordered to stay inside for weeks as part of a harsh range of measures to tackle coronavirus, it has emerged.

Urumqi, the capital of the semi-autonomous region known for its draconian security measures, has been in a “wartime state” of lockdown for more than a month after a cluster of cases emerged in July, when the outbreak had been mostly contained elsewhere in China. 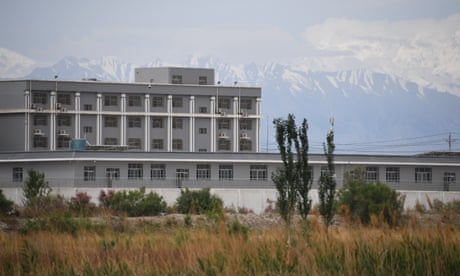 Since Friday, internet users have flooded social media platforms with complaints about overly harsh measures and extended quarantine at home or in designated locations, even as cases have gone down. The city, which had documented more than 531 cases by mid-August, has not reported any new cases in eight consecutive days.

Internet users complained they had been chained to buildings when they attempted to leave their homes. One said they had been kept in a quarantine centre for two months and had been required to drink Chinese medicine. A relative of one family in Urumqi told the Guardian their family had been given the medicine every day but was not forced to drink it.

Videos posted online by internet users purported to show residents screaming from their apartment windows in frustration. The video could not be verified but a notice posted online from one residential compound warned that anyone who participated in the “roaring” activity on 23 August had committed an “illegal act”.

“Residents should strengthen their sense of social responsibility to prevent them from being used by those with evil intentions and lead to wrong guidance of public opinion,” it said.

Officials in Xinjiang, which has come under scrutiny for the mass detention and surveillance of Muslim minorities such as Uighurs, are accustomed to managing information. Internet users also posted notices from their residential compounds ordering all residents to stop using or to delete their Weibo accounts due to the “release of bad information”. Hashtags related to Xinjiang and Urumqi appeared to be blocked over the weekend.

Still, images and posts have been uploaded to Douban, another forum, as well as Twitter. One user wrote on Weibo in a thread that was later deleted: “When things reach a certain point, the voice of the public cannot be suppressed. If it is blocked in one place, it will move to another. If blocked there, it will move again and new ways will be found. Collective memory cannot be erased.”