RATLAND ROULETTE : ALL LOCKED AND LOADED 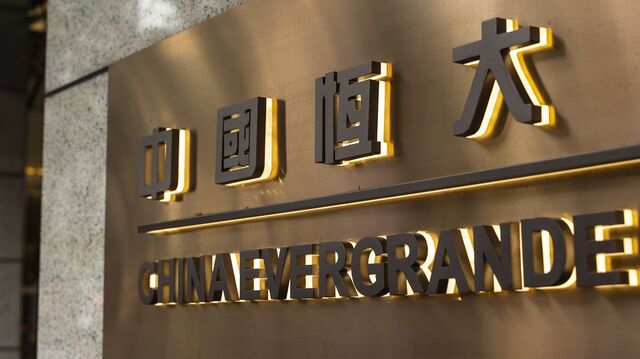 Hui Ka Yan, the rags to riches billionaire who runs China’s most indebted developer, skirted his latest crisis in much the same way he always has: with help from wealthy friends and a government fearful of financial instability.

Hui’s China Evergrande Group sealed a deal last week with a group of investors that waived their right to force a $13 billion repayment by the property firm, avoiding a potential default that would have sent shock waves across financial markets in China and beyond.

The accord provides a much needed reprieve for Evergrande, though with $120 billion in debt -- and at least $5.8 billion maturing in the next two months alone -- China’s largest developer by revenue isn’t out of the woods yet. The firm still needs to drastically pare debt and sell assets, or analysts say it risks lurching back into another credit crunch.

The group photo taken Sept. 29 in Beijing to announce the agreement, with Hui standing in the middle of 35 smiling and clapping strategic investors, belies just how close the tycoon and his firm had been to the brink.

With the January payment deadline approaching, Hui and his executives went to work to bring the investors on board, tapping his billionaire friends and industry contacts, while turning to local governments for support to avert a crisis, according to people familiar with the efforts.

Evergrande sent a letter to the provincial government of Guangdong in August, warning officials that the payments could cause a liquidity crisis and potentially lead to cross defaults in the broader financial sector. News of the plea for help emerged on Sept. 24, sending Evergrande’s stock and bonds tumbling even as the company dismissed the concerns as based on rumors and “fabricated” documents.

Guangdong and the city of Shenzhen, where Evergrande is based, stepped in to help stabilize the situation, according to people familiar with the plans who asked not to be identified discussing private matters. The governments have a lot at stake with Evergrande, the third-largest company in the province by revenue in 2018.

Officials in Shenzhen backed Hui’s efforts to bring the investors on board, while Hui made at least one of these investor calls himself, the people said. Under the terms of a 2017 agreement, the investors have the right to demand a repayment of 130 billion yuan ($19 billion) unless the company gets a listing on the Shenzhen stock exchange by Jan. 31. Some analysts doubt Evergrande will get approval as national policymakers restrict funding options for developers to cool property market speculation.

Evergrande didn’t immediately reply to an inquiry seeking comment on a public holiday Friday. Calls to the media offices of Guangdong and Shenzhen governments weren’t answered.

One of the biggest investor targets was Suning Appliance Group. The retailer was the second-largest holder, with 20 billion yuan at stake, and had made it clear it would demand repayment to cover its own debt.

Yet like many of these investors, Suning is an Evergrande supplier, so a collapse could have ripple effects on their business as well. Another backer, Guangtian Holdings, counts on Evergrande for 47% of revenue at its main unit, while an arm of the interior design firm even invests in Hui’s soccer club in Guangzhou.

Hui, 61, who has a knack for aligning with the priorities of the Communist Party, also may have benefited from Beijing’s desire for a quick resolution. With the eight-day “golden week” national holiday approaching on Oct. 1, regulators were anxious to avoid an Evergrande meltdown in global markets while China was closed, one of the people said. The developer has international exposure through its $27 billion in offshore dollar bonds, and its listing on the Hong Kong stock exchange.

Beijing would also have wanted to avert any distractions ahead of its Central Committee meeting at the end of October when the Communist Party is set to lay out its next five-year plan, and draw up a blueprint that runs through 2035.

As a result, Evergrande’s plight reached the highest levels in Beijing. The Chinese cabinet and its financial stability committee, chaired by Vice Premier Liu He, discussed the company without making any decisions on whether to intervene, the people said. Some regulators considered options such as directing state-owned companies to take stakes, or giving the company a green light for a listing of its electric-vehicle unit, one of the people said.

Evergrande’s web of borrowings makes it systemically important to China

Note: As of June 30, according to Aug. 24 letter seen by Bloomberg

As Evergrande’s assets swooned last month, Hui also got some help from his longtime backers. Among them was an investment company part owned by Cheung Chung Kiu, a real estate tycoon known for being one of Hui’s poker buddies. Lombard Odier, which has invested in Evergrande’s offshore debt since 2017, and two Hong Kong property developers -- Asia Standard International Group Ltd. and Asia Standard Hotel Group Ltd. -- also added to their holdings.

In the end, the arm twisting paid off. The majority of the investors, holding 86.3 billion yuan in equity, signed off on the deal. That included former holdout Zhang Jindong of Suning, who was standing beside Hui for the photo. On the other side of Hui stood Ye Yuanxi of Guangtian.

Another group with stakes worth 15.5 billion yuan have tentatively agreed to waive repayment, pending approval, Evergrande said. That leaves investors with 28.2 billion yuan that are still in talks. Among the investors that haven’t signed off is a trust unit of Citic Group, one of China’s biggest conglomerates, the people said. Citic would need consent from individual investors for the deal.

With the massive waiver, Hui dodged a financial bullet, and highlights how his ability to lean on contacts and read the Beijing tea leaves have served him well over the years.

From tapping the infrastructure and housing booms that have come to define China, to venturing into soccer -- a passion of President Xi Jinping -- or jumping on the electric-car bandwagon, Hui has leveraged China’s shifting needs, latching onto the hottest sectors that enjoy government support.

“It is extremely important to conduct business in line with government policy in China, and in the past Evergrande has done quite well in this regard,” said Maggie Hu, assistant professor of finance and real estate at The Chinese University of Hong Kong.

That agility has contributed to the meteoric rise of China’s fourth-wealthiest man, from humble beginnings to a fortune now worth almost $30 billion.

Hui, also known as Xu Jiayin in Mandarin, was born in Henan province in 1958. He lost his mother when he was eight months old, and was raised by his grandmother, who sold homemade vinegar, and his father, who cut wood for a living. The family struggled to afford his son’s schooling. Adversities in life strengthened Hui’s belief that “knowledge will change destiny,” according to his company’s website.

“About poverty, I know it very well,” Hui said in a rare 2018 speech after receiving a philanthropic award. “In school, all I ate was sweet potato and steamed bread. I really hoped I could leave the village and eat better.”

Encouraged by the prospect of Deng Xiaoping’s economic reforms plan, Hui quit his job at a steel firm in 1992 and headed to Shenzhen. He later began developing property in Guangzhou, the capital of Guangdong.

Hui credited Deng’s reforms for his group’s growth in his 2018 speech: “Everything for me and Evergrande is given by the party, the state and society,” he said.

Yet the state now has Evergrande squarely in its sights as it reins in the real estate sector. Chinese regulators are introducing a “three red lines” rule to reduce property debt, according to people familiar. The restrictions currently target large developers including Evergrande, and may be extended to others.

Under the new guidelines, developers will face refinancing restrictions if they breach three debt metrics, including a 100% cap on net debt to equity. Evergrande crosses all three lines, according to Glenn Ko, an analyst at HSBC.

Evergrande, which controls land five times the size of Manhattan and operates in 280 cities, has confronted similar issues before. As far back as 2012 it was the target of short seller Andrew Left, and has faced calls from investors and ratings companies to cut its debt just about every year since.

Even with the investor deal, the debt overhang remains. Evergrande in August reiterated an aggressive target to cut borrowings by about 150 billion yuan each year from 2020 to 2022, or about half its current debt load. So far it’s fallen short.

The company has since launched a nationwide sales blitz with deep property discounts to raise cash, added $3 billion by selling a stake in its property service arm and reduced spending on land. Condo sales during the current “golden week” holiday will provide a fresh gauge of its progress, and whether Evergrande will continue to roil China markets.

“Evergrande triggers a chain effect across the entire financial and real estate sector,” said Louis Tse, Hong Kong-based managing director of VC Asset Management Ltd. “If it goes down, it will send a shock wave to the property, finance sector and China as a whole.”