DON'T NEED A SLEDGEHAMMER TO KILL AN ANT! 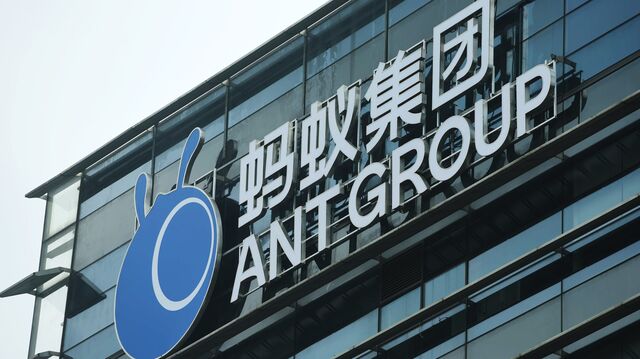 China’s move to halt Ant Group Co.’s massive stock debut could reduce the fintech giant’s value by as much as $140 billion, according to analysts’ revised estimates.

New regulations that could force Ant to raise more capital to back lending and seek national licenses to operate across the country may reduce the firm’s valuation by about half, according to estimates from Morningstar Inc. and other firms. The regulatory details are preliminary and could be subject to change.

If Ant’s $280 billion pre-IPO valuation is halved, it would essentially mean the company is worth less than what it was two years ago when it raised money from some of the world’s largest funds including Warburg Pincus LLC, Silver Lake Management LLC and Temasek Holdings Pte.

The reduced valuation also means potentially lower fees for investment banks like China International Capital Corp that were counting on a windfall from Ant’s record-setting IPO. And it gives billionaire Jack Ma’s firm less heft to carry out acquisitions as it looks to expand beyond its Chinese base and take the fight domestically to Tencent Holdings Ltd.

In a drastic turn of events, China put the brakes last week on Ant’s $35 billion share sale just days before the fintech juggernaut was due to go public in Shanghai and Hong Kong. The move upends what had been one of China’s biggest business success stories, as well as what was to be a pivotal step in the development of the nation’s fast-growing capital markets.

Iris Tan, an analyst at Morningstar, said that Ant could face a 25%-50% downside in valuation, if its pre-IPO price-to-book ratio drops to around the level of top global banks. That means its valuation could be slashed by about $140 billion. Currently Ant’s stock price is valued at 4.4 times of its book value, versus 2 times at those banks, she added.

Sanjay Jain, Singapore-based head of financials at Aletheia Capital, estimates that Ant’s price to earnings ratio could drop to about 10 times its lending profits, half of the previous target it had assigned to the company. The new price would put the fintech giant more in line with valuations of some of the better quality banks.

Ma was summoned by China regulators for “supervisory interviews” days before Ant’s proposed trading debut and authorities announced that they had belatedly discovered an array of shortcomings that, by some accounts, might require Ant to be overhauled.

Under the proposed new rules, the company would need additional capital to meet more stringent regulatory demands. Online lending companies like Ant could be required to provide at least 30% of funding for loans, according to draft rules proposed by banking regulators in November. Currently only about 2% of loans sit on Ant’s balance sheet, with the bulk of funding coming from bank partners.

If those rules are passed, to support its nearly 1.8 trillion yuan of loans outstanding, Ant needs to underwrite 540 billion yuan of credit on its own, according to Morningstar. Based on how small loan companies can only leverage as much as 5 times, Ant’s credit units Huabei and Jiebei could be needing at least 54 billion yuan, it said.

“When it returns, investors will likely look at Ant a bit less like a tech company than before given it will be less asset-light, and growth assumptions may be lower,” said Kevin Kwek, a Singapore-based analyst with Bernstein. “A discount on previous valuations might set in given the regulatory overhang.”

Ant was sitting on about 80 billion yuan of cash as of the end of June. The capital requirement is also expected to have a three-year grace period.

In order for Ant to meet some of the regulatory demands, one of the more realistic solutions would be for affiliate Alibaba Group Holding Ltd. to inject 20 billion to 40 billion yuan, said Leon Qi, a Hong Kong-based analyst with Daiwa Capital Markets.

That said, the estimates for valuations and capital requirements are also preliminary. Ant could take less of a hit if final rules are less stringent. Bernstein’s Kwek says that while he expects Ant to obtain a lower valuation, he’s more optimistic that the company’s valuation will not drop to bank-type multiples given its credit technology and its powerful payments app that sits on a billion phones.

“If Ant can demonstrate that it will be subject to less national service pressure,” or can assess risk better, it could argue for higher multiples, said Aletheia Capital’s Jain.