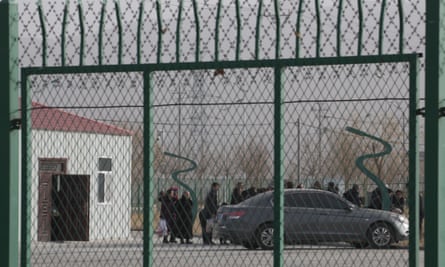 A rare leak of a prisoner list from a Chinese internment camp shows how a government data programme targets Muslim minorities for detention over transgressions that include simply being young, or speaking to a sibling living abroad.

The list contains details of more than 2,000 Uighur detainees held in Aksu prefecture between 2016 and 2018, all apparently imprisoned after they were flagged by the Integrated Joint Operations Platform (IJOP).

It includes information ranging from people’s physical characteristics to the colour of their car and their personal preference of using the front or back door to enter their house, as well as software they use online and their regular contacts.

Most of those on the list were held for lawful and non-violent behaviour, but some are simply noted as “flagged by IJOP”, without further information about how authorities reached a decision with such painful implications.

Behaviour listed as a reason for detention includes being “generally untrustworthy” and being “born after the 1980s”. One man appears to have been detained for not paying rent on his land, and others for practising polygamy.

Beijing initially denied the existence of the camps, but more recently has claimed they are a vital part of the fight against extremism and terrorism.

The details on the list, however, show a broad detention dragnet. “This contradicts the Chinese authorities’ claims that their ‘sophisticated’, ‘predictive’ technologies, like the IJOP, are keeping Xinjiang safe by ‘targeting’ criminals ‘with precision’,” said Wang.

A detainee named in the report as Ms T was flagged for “links to sensitive countries”, after IJOP recorded that she had received four calls from her sister who lived overseas, noting their duration in minutes and seconds.

Researchers with HRW spoke to her sister as part of their efforts to verify the documents. She said Ms T was interrogated by police about overseas family around the time of her detention date.

There has been no contact between the siblings since then, although she heard Ms T was now working in a factory full-time, only allowed to go home on weekends. She suspects it was part of the forced labour programme.

There has been only one other leak of prisoner names, the Karakax list, which was made public earlier this year and showed how authorities judged whether to keep someone in detention. The Aksu list appears to show how authorities choose who to detain in the first place, and particularly the role of the IJOP.

While there have been leaks of official documents that describe how IJOP and the camp network are structured, these details from Aksu provide an unprecedented insight into how the system works on a day-to-day basis.

“While we have interviewed people who said they were detained after being selected by the IJOP, it’s the first time we’ve seen official documents explaining how, for each individual, the system caught and detained them,” Wang said.

“It shows us how it’s actually functioning, at an individual level. Not just how it is designed to function.”

Human rights groups have described mass human rights abuses in Xinjiang, including the incarceration of more than a million people in internment and re-education camps, forced labour, mass sterilisation of women, and restrictions on religion, culture and language, as cultural genocide.