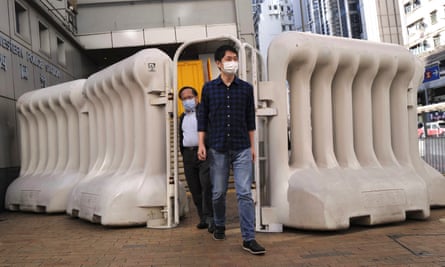 A Hong Kong legislator who fled to Europe has called on regulators to investigate the actions of major banks including HSBC, after his accounts and those of his wife and parents were frozen.

Ted Hui is the latest pro-democracy figure to leave Hong Kong amid the escalating crackdown on dissent. Last week Jimmy Lai was denied bail, and Joshua Wong, Agnes Chow, and Ivan Lam were jailed. On Monday, eight people were reportedly arrested by the national security police over a small and peaceful student rally at the Chinese University of Hong Kong (CUHK) last month, including three accused of breaching the national security law.

Hui left Hong Kong for Denmark last week, before announcing that he and his family would not return. The family are now in the UK, where they plan to live in exile. 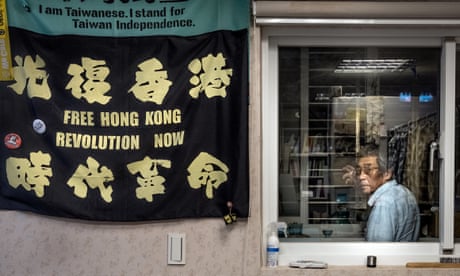 Hui revealed at the weekend that bank accounts belonging to him and his family had been frozen, which he labelled “political retaliation through economic oppression”.

Hui told Danish media he faced serious consequences, including lengthy prison terms, if he returned to Hong Kong and was convicted under the national security law.

Following an outcry, Hui said his family’s accounts were partially unfrozen late on Sunday. He said the family were moving funds to other institutions “because of their complete distrust in HSBC”, and he called on regulators to investigate and punish law enforcement officers and banking management who he accused of abusing the law.

On Monday, the HSBC accounts were frozen again, under police orders.

Steve Li, the senior superintendent of the Hong Kong police force’s national security department, said police were investigating suspected violations of the national security law, and that authorities had sought assistance from unnamed banks to freeze funds related to a crowdfunding operation tied to Hui.

“We found out that there were about HK$850,000 ... being pocketed by [Hui] and through some of the accounts owned by him and his relatives,” Li alleged.

Police also said Hui was also suspected of “foreign collusion” over social media posts in recent days seeking international support for Hong Kong. The same accusation has been levelled against several pro-democracy activists but so far without charges being brought.

In response, Hui accused the police of “political retaliation”. He denied misuse of the crowdsourced funds, which were raised to launch private prosecutions including against the police, until they were halted by the justice department in August. He said the funds were deposited into a lawyer’s account and posted an audit of the funds on Facebook.

Contacted for a response to Hui’s allegations, an HSBC spokeswoman referred the Guardian to the police statement. Earlier on Monday, a spokesman for the company had told other media the bank would not comment on individual cases but that the circumstances had been “misrepresented”.

“When banks are made aware of negative news in the market, they will enhance due diligence on the relevant accounts as part of their responsibility,” an HSBC spokeswoman told Reuters. “We have to abide by the laws of the jurisdiction in which we operate.”

Hui called on HSBC to clarify its comments about misrepresentation, saying his family had made complaints and kept records of dealings with the bank. “Under the national security law, how much are the banks and the business sector willing to sacrifice for the service of the regime?” he asked.

Hui earlier said the asset freezings reflected what banks could do “as a result of political pressure”, and this affected the credibility of Hong Kong as an international banking and finance hub. On Monday, the finance secretary, Paul Chan, rejected the assertion, saying Hong Kong remained “robust”. The Hang Sen index dropped more than 2%at Monday’s opening.

Johnny Patterson, the policy director at UK-based Hong Kong Watch, said the freezing of Hui’s accounts was “utterly unacceptable” and he accused HSBC of bowing to Beijing’s strategy of economic coercion.“It forms part of the Chinese communist party’s alarming strategy to eradicate dissent in Hong Kong using every lever available from asset freezes to trumped up lawsuits. The British government should seriously consider applying sanctions in response.”

Hui is among the dozens of pro-democracy legislators who resigned en masse last month in response to the Beijing-led disqualification of four colleagues. He was facing multiple charges related to the pro-democracy protests and incidents during parliamentary debates. He was on bail when he left Hong Kong and had been granted permission to leave for Denmark.

On Monday, local media reported that at least eight people had been arrested by the police’s national security unit over a peaceful demonstration held at CUHK late last month. Students had protested the university’s decision to move graduation ceremonies – which have often been used as protest platforms – online. Attendees wore masks and held signs bearing slogans including “Liberate Hong Kong: revolution of our time”, and “this revolution was ultimately won by no one, but please stay with us to witness it”.

Police had been called to the protest by university management.