Byand
Dec. 6, 2020 5:30 am ET
Listen to this article
9 minutes
This feature is powered by text-to-speech technology. Want to see it on more articles?Give your feedback below or email audiofeedback@wsj.com.

In the span of a year, Ant Group Co. originated loans to half a billion people in China and accounted for nearly a fifth of the country’s outstanding short-term consumer debt as of June.

The staggering figures, disclosed by the company in August, showed how Jack Ma’s financial-technology giant has quickly become one of China’s biggest originators of unsecured loans to individuals, and why Ant is now under intense regulatory scrutiny. Chinese authorities last month stopped Ant from raising more than $34 billion in record-breaking initial public offerings in Shanghai and Hong Kong, and are planning to implement rules that would sharply curb the company’s growth ambitions.

Back in 2018, the Hangzhou-based startup approached banks with a proposition that many lenders found hard to resist. Ant offered to match them with users of Alipay, its ubiquitous payments app used by hundreds of millions of Chinese citizens and many of the country’s small businesses.

The banks were asked to supply funds for short-term online loans and Ant would connect them with borrowers, provide them with some credit-risk metrics, and channel payments back to the lenders. In return, Ant collected fees for helping to originate the loans, while banks earned interest income on the debt.

Around 100 banks, ranging from national lenders to small rural banks, signed up for the opportunity to expand their balance sheets by partnering with Ant. At the end of June, Chinese banks and trust companies had the equivalent of around $230 billion in outstanding loans to consumers who borrowed through Alipay, according to calculations by The Wall Street Journal based on Ant’s disclosures.

People familiar with Ant’s microlending operations, including the company’s banking partners, competitors, investors and industry analysts, say regulators are especially concerned about the rural and city commercial banks and trust companies that have supplied a significant amount of funds to Alipay users.

Ant, they say, has exposed the Achilles’ heel of China’s financial system because the weaker financial institutions with poor risk-management capabilities have become more dependent on the fintech giant to source loans—and are left holding the bag when defaults happen.

The risks are disproportionately higher for these lenders, said Xiaoxi Zhang, China finance analyst at Gavekal Dragonomics. “Smaller banks are weaker in risk control. If defaults of the loans originated from online platforms go up, these banks will face bigger losses,” she said.

Digital lending has in recent years become Ant’s biggest growth engine and helped underpin the company’s recent stratospheric valuation. The funding arrangements with banks are now the target of Chinese regulators, which want Ant to shoulder more of the responsibilities and risks of making loans to individuals and businesses. 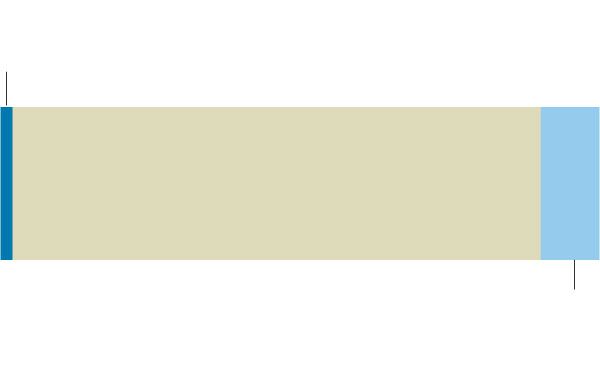 Consumers who borrowed from Ant’s platform had a combined outstanding credit balance of 1.73 trillion yuan, the equivalent of $263 billion, at the end of June. Just 2% of that total was funded by Ant, about 10% was funded by asset-backed securities, and the rest came from banks and trust companies.

Regulators now want Ant to eat more of its own cooking by supplying $30 for every $100 in loans it originates in partnership with banks.

Jiebei, which means “just borrow,” offers unsecured loans for up to 12 months that are repaid in installments. Individuals must provide a general idea of what they plan to spend the money on, such as travel. National rules on consumer lending prohibit borrowers from channeling funds from these types of loans into businesses or financial investments.

Launched in 2014 and 2015, respectively, Huabei and Jiebei have become synonymous with deft, unconventional consumer lending in China. Applicants are often approved for loans and receive the funds quickly after a few taps on their smartphones.

“A typical Huabei customer is young and Internet savvy but has unmet consumption demand due to the lack of a credit card or insufficient credit limits,” Ant said in its IPO filing. Individuals born after 1990 make up half of the customers for nonbank consumer financing companies, according to a China Banking Association report.

The large amount of outstanding loans Ant recently disclosed likely gave regulators more impetus to contain risks that had been building up on the company’s platform, said Ji Shaofeng, a microlending industry commentator and a former banking regulator in eastern China’s Jiangsu province. Chinese authorities have also previously expressed concerns about a broader buildup in household debt and its associated risks.

What do you think of the risks Ant Group poses to China’s financial system? Join the conversation below.

Ant has collected troves of consumer data through its payments business, which processes the equivalent of $17 trillion in transactions a year and uses proprietary algorithms to assess the creditworthiness of its individual and business customers.

Before commercial banks fund loans to Alipay users, Ant gives the lenders some information about individual borrowers, such as their names and ID numbers, as well as Ant’s assessment of the customers’ credit risk, according to the people familiar with the arrangements. Typically, Ant and the banks agree on the amount of credit that lenders are willing to extend for a given period. Ant then recommends individual loan applications for the banks’ review.

Banks aren’t privy to the exact methodology Ant uses for its risk assessments, the people said. To assess borrowers’ creditworthiness, the banks also consider other information, such as any lending or payment records they may have on them and the People’s Bank of China’s credit-scoring system, which has yet to fully incorporate credit data amassed by online platforms such as Ant’s.

In reality, Ant’s credit modeling is the predominant reference point for many lenders, according to the people familiar with the process, since there is limited information on the borrowers from other sources.

“Neither our own credit data nor the PBOC’s are nearly as good and comprehensive as those at Ant,” said an executive at a large bank who declined to be named. Partnering with Ant is a double-edged sword, the executive said. “The risks and rewards are both very high for the banks.”

An Ant spokesperson said, “Our risk-management technology supports partner banks to improve the quality of their loan assets and better manage risks, and this is one of the core values we bring to them.”

The company takes what it calls “technology service fees” from a percentage of the loans’ interest income. Banking executives and microlending players say the company on average takes a 30% to 40% cut of each loan’s interest income. Annualized interest rates for the majority of Huabei and Jiebei loans are 14.6% or lower, but in some cases it could go up to 18.25%.

“Our technology service fee rate is based on mutually agreed commercial arrangements and is proprietary for us and our financial institutional partners; therefore, we will not comment on external speculations,” an Ant spokesperson said.

In the event of loan defaults, however, banks are left to shoulder all the losses on the funds they have supplied. “Our approach is not to take credit risk ourselves,” Ant said in its IPO prospectus.

Regulators’ big worry is that some smaller banks, which are already on shaky ground, have relied too much on Ant to expand their loan books, without having adequately assessed the credit risk of the people and businesses they have lent money to.

“The small regional banks want to expand their consumer lending businesses. But it would be difficult to do so without partnering with the big tech companies, because they lack the distribution channels and tech capabilities,” said Harry Hu, senior director at S&P Global Ratings in Hong Kong.

Before Ant started partnering with banks in 2018, the company funded online microloans in large part from its own balance sheet and by issuing and selling bonds backed by Huabei and Jiebei receivables. Issuance of these asset-backed securities surged in 2017, before China’s central bank decided to limit microlenders’ ability to issue such debt.

Ant’s reported loan delinquency ratios are in line with what commercial banks have reported. At the end of July, 2.97% of the credit balance on consumer loans that Ant originated were 30 days past due, while 2.15% were more than 90 days overdue.

Some banking executives and analysts say the numbers should be viewed with a grain of salt. “The delinquency ratios could well have been kept at a low level because the total loan base is still expanding,” said Ms. Zhang, of Gavekal Dragonomics.