NAZI SWISS GOVERNMENT OFFICIALS SHOULD BE TRIED AND EXECUTED 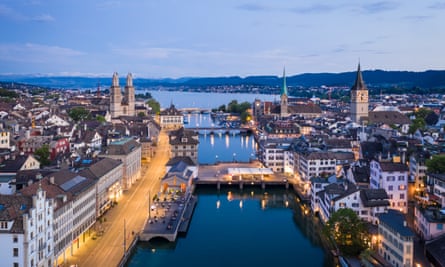 The full text of a secret deal between Switzerland and China that allowed Chinese security officials access to the country at Swiss taxpayers’ expense has been revealed for the first time as the government pushes to renew it.

The five-year “readmission agreement”, which was signed in 2015 and expired on Monday, lay out terms for Chinese agents to travel to Switzerland and interview suspected Chinese nationals that Swiss authorities wished to deport.

Unlike more than 50 similar deals Switzerland has signed with other countries, it was never published by the government and was not even publicly acknowledged until August.

The official English translation of the agreement has been obtained by Safeguard Defenders, an Asia-focused human rights campaign group. It reveals an extraordinary commitment to secrecy within an agreement that had itself been concealed from the public, the group says.

The “experts” from the ministry of public security (MPS) had to be invited on the two-week “missions”, but once the invitation had been issued China could choose its agents without Swiss approval.

They could enter the country without official status, and Switzerland committed to keeping their identity confidential. The reports they produced for Swiss authorities were also kept secret.

Readmission deals are a regular part of international law, but Safeguard Defenders said the 2015 arrangement with Beijing, which was not reciprocal, was of “an entirely different character” from others signed by Switzerland.

The secrecy surrounding both the agreement itself and the work of Chinese agents, the choice of partner – a security super-ministry with extensive remit including police and intelligence services – and even the presence of agents were unusual.

“In only a minority of cases [do other readmission] deals allow for the other party to send representatives to accompany the individual to be returned, and in those cases [the representatives] are limited to that specific activity, and it is a public, official duty being carried out,” Safeguard Defenders said.

The deal was extremely favourable to the Chinese and went above and beyond normal migration information-sharing arrangements, said Margaret Lewis, a law professor at Seton Hall University in the US.

“It strikes me as odd that if it was as low level as someone who was staying in Switzerland illegally, the PRC [People’s Republic of China] would bother sending over officials,” she said. “The incentives [for MPS officials to travel] would likely be people who are … of interest to the PRC government.”

There were no provisions to supervise the agents’ activities beyond their work with Swiss authorities. What is more, because the agents’ unofficial status probably meant they were travelling on tourist visas, they could have had access to the whole Schengen area, said Peter Dahlin, the director of Safeguard Defenders.

“What they do during that two weeks is completely unsupervised,” Dahlin said. “Theoretically, the fact that it’s allowed is remarkable … If this was kept secret, that means other governments wouldn’t know.”

The agreement triggered outrage in Switzerland when its existence was first reported by a local news outlet in August, at a time of growing international concern about China’s targeting of dissidents and opposition figures.

Until then, the deal had been kept so secret that even the Swiss parliament and foreign affairs committee did not know of its existence. The committee has since voted to demand consultation before its renewal.

The Swiss secretariat for migration (SEM) defended the agreement as a necessary curb on illegal migration, saying it controlled the information given to Chinese officials. The SEM said it had only been used once, in 2016, when four asylum seekers were among 13 people deported.

Campaign groups have said Switzerland may be at risk of violating non-refoulement principles, which ban the return of refugees to places where they may be at risk. They raised concerns that there was no mechanism to monitor treatment of people deported after they were returned to China.

“Given China’s appalling record of detainees’ rights, it’s also a legitimate concern if the repatriated persons would be exposed to torture or other ill-treatment if they were detained,” said Leo Lan, a spokesman for the Chinese Human Rights Defenders campaign group.

An SEM spokesman told Swiss media that only people who were not at risk of persecution in their home country would be targeted – so Tibetan and Uighur asylum seekers were excluded –, but this protection was not written into the deal.

Wang Aizhong, an activist based in the southern Chinese city of Guangzhou, said the deal could also endanger people who left Hong Kong, now that the territory was under far greater Chinese control. Wang said continuation of the agreement between China and Switzerland might leave Switzerland in an “awkward or immoral situation”.

In recent years China has become more active in using bilateral and multilateral avenues such as Interpol, as well as entering other countries unofficially, to track down Chinese nationals of interest. There have also been greater human rights concerns over the treatment of detainees domestically.

Lewis said this made it all the more alarming that Switzerland would allow MPS officials to enter with little supervision. “Usually governments want to keep close tabs on any foreign agents who are on their soil,” she said. “If in Switzerland the MPS officials have time to roam free [outside of the Swiss-initiated interviews], I worry about the possibility for interactions with other PRC nationals that are unofficial in nature, and the potential for coercion.”