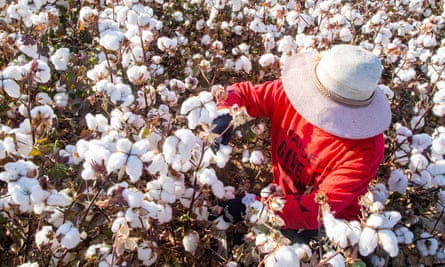 Today’s confrontation with the slave trade of the 18th and 19th centuries could puff us up and make us feel better about ourselves were the slave trade of the 21st not thriving. We will remember 2020 for the crowds taking down statues of Confederate generals and English slavers; of Black Lives Matter protests against slavery’s continuing legacy of condemning African Americans to suffer as their country’s lowest caste.

So successful has the overdue moment of reckoning been that Hollywood and the leaders of American capitalism have embraced anti-racism. In the words of its CEO, Tim Cook, Apple was willing to commit to change that would end “the fear, hurt, and outrage rightly provoked by the senseless killing of George Floyd and a much longer history of racism”. Do not let a leftish sneer form on your lips. Causes only win when the likes of Tim Cook endorse them. The elite’s embrace is a sign of victory.

But it is not a victory for today’s slaves. Forced labour is an essential part of the Chinese state’s programme to humiliate and destroy ethnic minorities. The parallels with the antebellum south reach to the cotton fields. The Xinjiang Production and Construction Corps (XPCC) runs prison factories and its own paramilitary force to keep its captives in line. It helped create the Chinese cotton industry, which now supplies 20% of the world’s cotton market and, maybe, the clothes on your back. XPCC sends forced labour to pick cotton because no one has ever picked cotton unless poverty or slave masters forced them to. It’s hard to know what is worse: the backbreaking work or the exposure to pesticides.

Mechanisation might spare the conscripts the pain. But Amy K Lehr from the Center for Strategic and International Studies reports that, after scouring the websites of Chinese companies and officials for evidence, she was surprised by the amount of cotton still hand-harvested in Xinjiang. Perhaps it is not so surprising. If the Chinese Communist party has a reserve army of forced labour, it has no need to spend on technology. Indeed, forced labour allows it to defray the costs of repression.

You can debate whether it is right to call prison labour “forced” or “slave labour”. In ordinary circumstances, it can be a legitimate part of a criminal’s punishment. But when China has arrested a million Muslim Uighurs and Kazakhs, and when it says evidence of their criminality includes “wearing a veil or headscarf” and the “avoidance of alcohol”, and when Han officials sweep up quotas of racial minorities in Xinjiang to break their links with family and culture by sending them to factories far from home, debate feels like obfuscation.

No one is more determined to obscure than the corporations that boom out their opposition to racism. Last month, the Washington Post quoted congressional staffers saying Apple was lobbying against the Uyghur Forced Labor Prevention Act, which would require US companies to guarantee they do not use imprisoned or coerced workers from Xinjiang. The New York Times added that Nike and Coca-Cola were lobbying too. They all condemn forced labour and the ethnic persecution in Xinjiang and, in the words of Apple, say they have “found no evidence of forced labour” on their production lines. Nevertheless, they fear the act’s ambitious requirements could wreck their supply chains in China.

If you want to sneer, go ahead. When you have finished, consider why this isn’t a scandal. Censorship is a part of the answer. The world is scandalised by what the world can see. When you think of Xinjiang, what images come to mind? None is my guess. China prevents journalists and diplomats reporting from Xinjiang except in the most tightly controlled circumstances. Clothing firms once sent auditors to Xinjiang to check forced labour was not in their supply lines. But the authorities started treating them as suspects and they pulled out. Think then about the visible smartphones, smart clothes and smart trainers around you. Do consumers want to know where they come from or have their supply disrupted by prohibitions?

When I read 18th-century western literature, I am struck by how slavery was so taken for granted that it barely featured in most writers’ work. Notions of racial superiority explain the silence, as does the desire for sugar and cotton clothes and the inability to imagine how Europe might get them if slaves were free.

That feeling has not died. Tory MPs are telling Boris Johnson to “go to war” against the National Trust, of all inoffensive institutions. Its offence is to investigate the links between its properties and colonialism and slavery. By telling the truth about the historical record, the trust was spoiling conservatives’ pleasure in stately homes.

Like the Atlantic slave trade, forced labour in China can seem too convenient to challenge. It’s one thing to go on a Black Lives Matter demo, another to tear up your phone contract. China, like the old slave power in Britain and America, can seem so strong and so embedded in global patterns of consumption that taking it on feels a doomed enterprise.

When I talk to Rahima Mahmut, from the World Uyghur Congress, she’s close to despair at the cowardice of Turkey, Saudi Arabia, Iran, Indonesia and all the other Muslim-majority countries that stay silent about the persecution of Muslims for love of Chinese money and fear of Chinese retribution. She is not wholly despondent, though. The mapping of China’s “re-education” camps only began in 2018, she says. Whether with forced labour or the overthrow of the rule of law in Hong Kong, the tyrannical turn in Chinese policy is taking time to sink in.

Last week, MPs in the China Research Group recommended that Britain join with Biden’s America and other democracies, not for a cold war, but to ensure basic protections. Included among them was the requirement that “supply chains are free from slave or child labour from political prisoners and persecuted ethnic minorities in China”. Most may still not want to look, but the world has gone past the point when it can pretend slavery is history.