Palau’s president-elect has vowed to stand up to Chinese “bullying” in the Pacific, and said the small archipelago nation will stand by its alliances with “true friends”, the United States and Taiwan.

Fifty-two-year-old Surangel Whipps Jr, a supermarket owner and two-time senator from a prominent Palauan family, will be sworn in as the new president on 21 January, succeeding his brother-in-law Tommy Remengesau Jr. 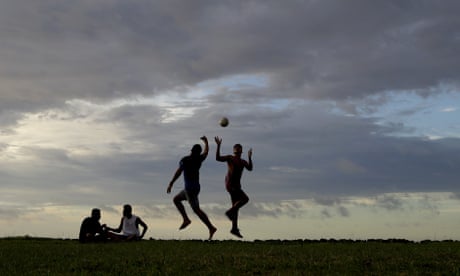 In a forthright interview with the Guardian, Whipps said the US had demonstrated over the years it was a reliable friend of Palau, most recently shown by its delivery of 6,000 doses of the Moderna coronavirus vaccine as part of the US’s Operation Warp Speed.

“It’s important for countries to have shared values support each and work together. There is a competition, yes [between the US and China] but that’s their competition. It’s about what we believe.”

“There are thoughts that the ‘United States and China are in a race’; I think what it is really about is freedom and the exercise of democracy and many times, we feel big countries want to bully small countries. It’s important to have a strong partner that is there for us.”

“Stealing and offering bribes, that’s just got to stop, illegal fishing has to stop. As countries, we should also be responsible to our people and tell them not to go to other countries and do these kinds of things,” he said.

Whipps said countries that wanted to be regarded as global leaders should take responsibility for the actions of their citizens.

He said the outgoing vice-president of Palau, also the country’s justice minister, had tried to contact the Chinese government about the vessel’s unlawful entry into Palau.

“But they don’t seem to care and that is unacceptable. They should take responsibility for their people, and it is like they encouraged them by ignoring them. It’s not good.”

Whipps also pledged Palau would continue formal recognition of, and its close relations with, Taiwan, despite the growing presence of China in the Pacific.

“Palau’s position, as a friend of Taiwan, has caused a lot of collateral damage for Palau. Other countries that do not like this relationship, do things in the international community, like the UN and other Pacific organisations, to try to disrupt what Palau is promoting. I think that’s the nature of larger nations who want to bully,” Whipps told the Guardian.

Palau is one of Taiwan’s 15 remaining diplomatic allies, and one of only four remaining in the Pacific (after Solomon Islands and Kiribati switched in 2019). As a pointed show of support, Taiwan’s foreign minister, Joseph Wu, will attend Whipps’s presidential inauguration this week, and the two administrations have been in discussions over a travel bubble, given low cases numbers in Taiwan and Palau , which remains Covid-free.

But Palau’s allegiance to Taiwan has not been without consequence: the nation is subject to an unofficial travel ban for Chinese tourists which has hurt the country’s tourism-dependent economy.

Whipps was portrayed as a generational change during the spirited, but comparatively good-natured, presidential campaign held over two rounds in October and November. Palau’s electoral cycle mirrors that of the United States, with which it has a compact of free association, which covers military co-operation and financial assistance.

Whipps said re-starting Palau’s tourism-dependent economy post-Covid was a priority, and that he hoped to vaccinate most of his country’s 18,000-strong population by the northern hemisphere summer. 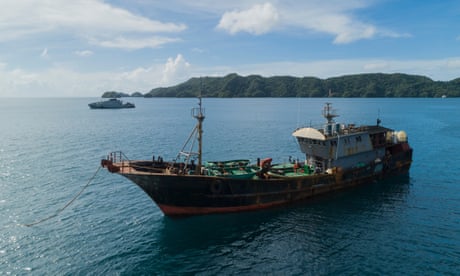 But he said climate change presented Palau’s greatest long-term challenge. Most of the population lives close to the water, and the country’s only hospital is near the coast where it is at risk of being wiped out by a typhoon or storm surge.

“We see [climate change] on a daily basis, other people don’t,” Whipps said. “We need to make people understand, especially the larger countries, that the threat is real and we should work together to find a solution.”