Canada has become the second country in the world to describe China’s treatment of its Uighur minority as a genocide, following a contentious parliamentary vote which is likely to further raise diplomatic tensions between the two nations.

Lawmakers approved the non-binding motion, brought forward by opposition Conservatives, to recognize China’s actions in the north-western Xinjiang province as a genocide against Muslim Uighurs.

Prime minister Justin Trudeau and senior members of cabinet did not attend the vote on Monday. All other Liberal members present voted in favour of the motion, except the foreign affairs minister, Marc Garneau, who abstained on behalf of the government.

By calling the actions in China a genocide, Canada joins the United States, which made the determination shortly before Donald Trump left office. A similar attempt on a vote in the UK failed earlier this month.

But the move by the Canadian parliament is likely to bring a host of new political challenges for the prime minister, who has tried in recent years to strike a balance between pushing back against China’s hostilities and maintaining cordial relations with Beijing.

Trudeau, whose Liberal party governs without a parliamentary majority, had previously spoken out against bringing the motion to a vote, telling reporters that genocide was an “extremely loaded” term and that more study of the issue was needed before a determination could be made.

Over the weekend, China’s ambassador to Canada criticized the vote, telling the Canadian Press that officials in Ottawa should stay out of China’s internal politics.

“We firmly oppose that because it runs counter to the facts. And it’s like, you know, interfering in our domestic affairs,” said Cong Peiwu. “There’s nothing like genocide happening in Xinjiang at all.” 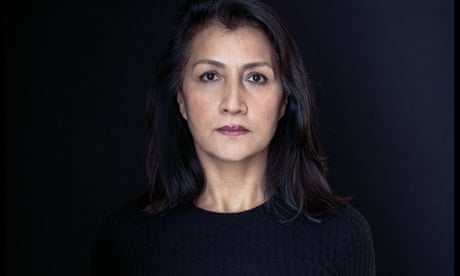 More than 1 million Uighurs have been detained in camps in Xinjiang province, and reports have emerged of systematic rape and sexual violence. China denies such allegations and describes the facilities as vocational and educational training centres, saying it is trying to stamp out extremism.

But last October, a Canadian parliamentary subcommittee determined that China’s treatment of Uighurs constituted a genocide.

The motion is likely to escalate tensions between the two countries, whose relationship has already undergone significant strain since the arrest on a US warrant of Huawei’s Meng Wanzhou in December 2018. Within days, two Canadian citizens – Michael Kovrig and Michael Spavor – were detained in China.

Canada has described the men’s detention as “hostage diplomacy”.

Ahead of the vote, the Conservative leader, Erin O’Toole, had said the motion was necessary to send a “clear and unequivocal signal that we will stand up for human rights and the dignity of human rights, even if it means sacrificing some economic opportunity”.

The Conservatives, New Democrats, Bloc Québécois and Greens have all called for sanctions against Chinese officials and for the upcoming Olympic Winter Games to be moved from Beijing.