Britain quietly expelled three Chinese spies last year who it said were posing as journalists, it has emerged, as tensions flare between the two countries over a range of media issues.

The intelligence agency MI5 concluded the three worked for China’s powerful Ministry of State Security (MSS) but had been using the cover of working for the country’s press agencies.

Whitehall sources confirmed that three people had been asked to leave, following a report in the Daily Telegraph, although few other details were initially available.

Nervousness on the part of the London about its relations with Beijing means that where the UK believes that China has been engaged in spying it prefers to act quietly, so as not to cause a diplomatic incident.

However, as a result, despite broad warnings from British intelligence that the threat from Chinese espionage is poorly understood, it is impossible to establish the true scale and nature of the threat posed.

Using journalistic identities as cover is long established in espionage, and is a method that has been favoured by Beijing in pursuit of both political and economic intelligence around the world.

Last year Belgian intelligence working with its UK counterparts opened an investigation into allegations that Fraser Cameron, a British businessman, formerly of MI6, sold information about the EU to two spies posing as journalists in Brussels. Cameron denies the allegations.

MI5 has been under pressure in political circles to increase its focus on China, amid a belief that the threat from Islamist terrorism is receding. One political source said ministers had been told there were no MSS agents acting outside diplomatic cover last year – a claim that left them unconvinced.

In the spring, ministers intend to introduce an espionage bill, an update to the UK’s Official Secrets Act, which dates back to 1911 and was last substantially revised in 1989.

It is expected to modernise and expand the definitions of spying to make it easier to bring prosecutions against foreign agents for activities such as economic espionage. Consideration is also being given to mandatory disclosure for lobbyists who work on behalf of foreign governments.

Many Conservative backbenchers want to see the UK adopt a tougher line on China following revelations about genocide committed against the country’s Uighur Muslim minority and the forcible introduction of the national security law in Hong Kong.

Bob Seely, a Conservative MP, said the espionage activities demonstrated that the UK had been naive about Beijing. “We do need a more consistent view of China – and Russia – and understand more clearly how authoritarian and one-party states operate in the digital age,” he said. 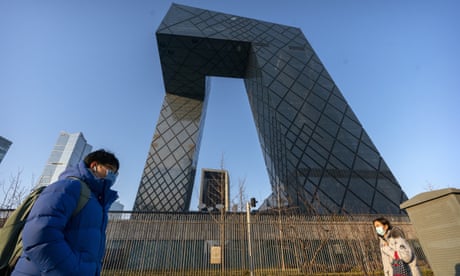 The Chinese embassy did not immediately comment on the reports, but Beijing hit back on Friday in a separate row following on from the decision of the British media regulator Ofcom to take state broadcaster CGTN off air in the UK.

A foreign ministry spokesman said that China “reserves the right to make the necessary responses” and that the Ofcom decision had been based on “based on ideological prejudice and political reasons”.

Ofcom revoked CGTN’s right to broadcast because it said the channel was ultimately controlled by the Chinese Communist party but its licence was in the name of “an entity which has no editorial control over its programmes”.

On Thursday, China’s foreign ministry also accused the BBC of compiling a “false report” after the UK broadcaster aired an investigation this week detailing allegations of systematic rape of Uighur women in Chinese camps.