History doesn’t repeat itself, but it often rhymes. I am staring at two bundles of newspaper clippings – one present day, one past – and feeling a deepening chill. The first pile details China’s treatment of the Uighur Muslim population in Xinjiang, where more than a million people have been “re-educated” in camps, as well as the calls for the 2022 Winter Olympics to be stripped from Beijing. The second is from the Manchester Guardian in 1935, recording the abuse of Jews in Germany and demanding a boycott of the Berlin Games. The echoes are eerie. The looming question, then as now, is what the world should do. 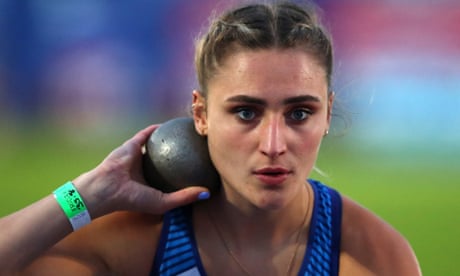 The similarities don’t end there. In 1931, when Germany was awarded the Olympics, it was a republic. But when the Nazis seized power and began interning Jews two years later, the International Olympic Committee refused to shout too loudly for fear of irritating its hosts. A similar playbook has been employed since the China Cables detailed the horrific mistreatment of the Uighurs in November 2019. The IOC told me recently that it “must remain neutral on all global issues” but insisted that “we received assurances that the principles of the Olympic charter will be respected in the context of the Games”.

But amid reports of large numbers of women being subject to forced sterilisation – and 13 tonnes of human hair suspected to have been shaved from women and sold as extensions abroad – others are not so sedate. Last week the Canadian parliament voted 266-0 to declare it as genocide – with lawmakers also calling on the IOC to move the 2022 Games from Beijing “if the Chinese government continues this genocide”.

So how should we react? In the build-up to the Berlin Olympics, the Manchester Guardian had no doubts. In a powerful editorial it called on Britain to boycott the Games since “the Nazis have injected the political poison of antisemitism into the principle of human equality upon which the Games have been based and without which they are spiritually dead”.

That editorial followed a series of missives from the paper’s athletics correspondent, who reminded readers that those Jews “who have not escaped into exile have lived a life of anxiety, poverty and persecution”. It must not be forgotten, he added, “that the Nazi philosophy is essentially hostile to the Olympic ideal”.

When threats of a US and British boycott began to increase, the IOC sent one of its members, Charles Hitchcock Sherrill, to Germany to investigate. He was hardly an impartial choice: two years earlier he had praised Hitler as the strongest man in Europe. Unsurprisingly Sherrill gave the Berlin regime a clean bill of health, saying the treatment of Jews in Germany was as “little his business as the lynching of negroes in the American south”.

He did, though, eke one concession: the Jewish fencer Helen Mayer, who had been in exile in the US for four years, was allowed to compete for Germany. It was enough to blunt the calls for a boycott.

But the Guardian’s man on the ground was clear that the IOC had largely fallen in line. While crediting the IOC president Count Henri de Baillet-Latour for getting two Jewish members of the organising committee reinstated in the early days of the Nazi regime, he added: “Since then the IOC has done nothing; it takes cover behind the undertakings given to it by Germany … and ignores the plain fact they have been broken.”

Yet I remain unconvinced that boycotts work. Remember Moscow 1980? And, indeed, Los Angeles. It also seems painfully unfair that athletes should suffer – and sport become a proxy battleground – while western countries are hailing billions of pounds in bilateral trade with China and the rest of us are enjoying our iPhones.

One solution would be to avoid awarding Olympic Games to countries with terrible human rights records. And China is also ranked 177th in the world press freedom index – below only Eritrea, Turkmenistan and North Korea. Then again, the IOC has form – and not just with Sochi in 2014. In 1974, the Americans were awarded the Winter Games in Lake Placid while the smell of its napalm and cluster bombs in Vietnam, Laos and Cambodia was still fresh.

Incidentally, while rummaging through the archives I also found two letters from Philip Noel-Baker, the only person to win both an Olympic medal and a Nobel prize. The first, written in 1935, supported a boycott of the Berlin Games, warning that while it would be a grave matter to abandon them at this late stage, “it would be a far graver matter” to take part.

However 45 years on, Baker had changed his mind. “Some have argued that Hitler’s presence in the stadium greatly increased his power over the German people and his prestige in the world,” he wrote. “But his power was absolute already.

Sign up to The Recap, our weekly email of editors’ picks.

“The message of the Games was that the chosen competitors of all the nations were one great happy family, inspired by the same bounds of sportsmanship, bound by common ties of common interest and friendship. The message made Nazi doctrine and Nazi practice abhorrent to anyone with eyes to see.”

Perhaps. Yet another image from Berlin also lingers in my mind. After the Olympic flame was extinguished, massive spotlights began to criss-cross 100m above the stadium. And then thousands of people stood up and began to bellow “Heil Hitler” and sing “Deutschland, Deutschland über alles”.