China could invade Taiwan within the next six years as Beijing accelerates its moves to supplant American military power in Asia, a top US commander has warned.

Democratic and self-ruled Taiwan lives under constant threat of invasion by China, whose leaders view the island as part of their territory and which they have vowed to one day take back.

“I worry that they’re [China] accelerating their ambitions to supplant the United States and our leadership role in the rules-based international order... by 2050,” said Washington’s top military officer in Asia-Pacific, Admiral Philip Davidson, on Tuesday. 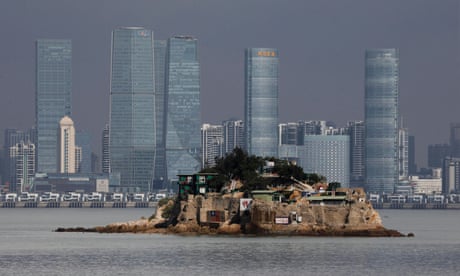 “Taiwan is clearly one of their ambitions before that. And I think the threat is manifest during this decade, in fact, in the next six years,” he told a US Senate armed services committee hearing.

Davidson said the expansion of China’s military assets in the region risked creating an “unfavourable” situation for the US, reducing the level of deterrence.

“We are accumulating risk that may embolden China to unilaterally change the status quo before our forces may be able to deliver an effective response,” he said.

“I cannot for the life of me understand some of the capabilities that they’re putting in the field, unless ... it is an aggressive posture.”

Taiwan split from mainland China at the end of a civil war in 1949. The ruling Chinese Communist party in Beijing has never governed Taiwan but considers it a part of China that it will retake by force if necessary. Taiwan’s leadership and a growing majority of its population reject the idea it is part of China, and cross-strait tensions have been high since Beijing cut off formal contacts with Taiwan after the 2016 election of its current leader, Tsai Ing-wen.

Tensions were further raised by increased US arms sales and diplomatic visits to Taiwan during the latter stages of Donald Trump’s presidency as he feuded with China on issues like trade and national security. In response China repeatedly threatened “countermeasures”, and ratcheted up its military activity in and near the Taiwan strait.

Analysts differ in their predictions of conflict, noting Beijing is also using trade and diplomatic influence to isolate Taiwan. There is also growing concern over China’s “grey zone” tactics such as dredging of the sea around disputed islands, which do not quite cross the line into confrontation.

“Though I’m not convinced that Beijing has depleted all the options in its toolkit short of a full-out invasion, my concern is that, with the increasing regularity of incursions into Taiwan’s [air space], there is a higher risk of an accident or a miscalculation – one that could compel, or be used by Chinese leadership to justify, further military escalation,” said Jessica Drun, a non-resident fellow at Project 2049, a thinktank focusing on security in the Asia region.

Washington switched diplomatic recognition from Taiwan to China in 1979, but remains the island’s most important unofficial ally and military backer. For decades the US has maintained a deterrence policy of strategic ambiguity, refusing to say if it would come to Taiwan’s aid militarily in the event of an invasion. In his appearance at the Senate hearing, Davidson suggested that should be reassessed.

The Biden administration has not indicated it will end that policy, but has offered Taiwan cause for optimism for continued support. The State Department said in January that US commitment to the island was “rock-solid”, and Taiwan’s de facto ambassador to the US was formally invited to Biden’s inauguration, an unprecedented move since 1979.

China also has made expansive territorial claims in the resource-rich South China Sea and even threatens the American island of Guam, Davidson said.

“Guam is a target today,” he warned, recalling that the Chinese military released a video simulating an attack on an island base strongly resembling US facilities in Diego Garcia and Guam.

He called on lawmakers to approve the installation on Guam of an Aegis Ashore anti-missile battery, capable of intercepting the most powerful Chinese missiles in flight.

Guam “needs to be defended and it needs to be prepared for the threats that will come in the future,” Davidson said.

In addition to other Aegis missile defence systems destined for Australia and Japan, Davidson called on lawmakers to budget for more long-range weaponry “to let China know that the costs of what they seek to do are too high.”

“A wider base of long-range precision fires, which are enabled by all our terrestrial forces – not just sea and air but by land forces as well – is critically important to stabilise what is becoming a more unstable environment in the western Pacific,” Davidson said.

While the Pentagon has said it was in favour of placing such missiles in the region, allies in Asia have so far appeared to be opposed to the idea of hosting them.

Davidson said, however, that missile defence was not enough to deter a potential adversary. “Missile defence is the hardest thing to do. And if I’m the manager of a baseball team, if I can have the best defences in the world but if I can’t score some runs, I can’t win the game,” Davidson said.