New satellite images obtained by The New York Times show that China has allowed tankers to use its infrastructure and territorial waters to deliver oil to North Korea. 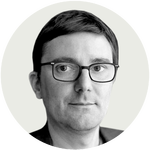 On a sunny, early morning in January, the oil tanker New Konk moved into a shipyard in China’s Fujian province for repairs. It was an otherwise routine event, but for two details.

First, the ship’s operators transmitted a false ship name, a deceptive practice often used to disguise a vessel’s origins. And second, the New Konk had been identified by the United Nations in early 2020 for illicitly delivering oil to North Korea.

The ship was neither confiscated nor reported by the Chinese authorities.

New satellite images obtained by The New York Times show that China has allowed the New Konk and similar tankers to use its infrastructure and territorial waters to smuggle oil into North Korea, undermining international sanctions. The U.N. Security Council asks member states to impound vessels within their territory that are believed to be involved in sanctions violations.

China supported the U.N. Security Council resolution restricting North Korea’s fuel imports. But the images show the country has been willing to turn a blind eye to violations.

Satellite images commissioned and analyzed by The Times from the company Planet Labs show the New Konk on a river in the coastal city of Ningde, in northeast China, on Jan. 1, 2021. The two images, taken about two hours apart, show the New Konk as it moved into the shipyard’s dry dock, the area of a shipyard that is used for the repair or construction of vessels.

In order to track activities by ships such as the New Konk, the U.N. Security Council’s North Korea sanctions committee gets technical support from its Panel of Experts, which investigates and reports sanctions violations. China, a permanent member of the Council, is involved in deciding how to respond to the recommendations from the panel.

The new satellite images show that China has ignored some of those recommendations, including a global port ban.

“The U.N. panel reported the New Konk to the Security Council, China accepted the report, but allows this ship, recommended for a global port ban, into its dockyards for repair,” Hugh Griffiths, a consultant with expertise in sanctions and the former coordinator on the panel, said in a written statement on The Times’s findings. “This is not a good look.”

China’s hands-off approach to tankers linked to North Korea is also visible in Sansha Bay, 30 miles southeast of the Ningde shipyard. The area has become a home base for oil tankers with ties to North Korea.

A satellite image from November 2020, analyzed by the think tank Royal United Services Institute (RUSI), shows half a dozen oil tankers that have been publicly identified by the U.N. as providing illicit oil to North Korean ports or tankers. Also visible is a Chinese Navy boat, apparently patrolling the area.

One of the ships seen in the satellite images is the Diamond 8, a vessel at the center of a recent New York Times investigation and a new report by RUSI and the Center for Advanced Defense Studies, a think tank based in Washington, D.C.

“The U.N. panel recommendations, the photographs and satellite imagery provide reasonable grounds to believe that these vessels have violated the resolutions,” Mr. Griffiths said. “But at the moment, China is giving such vessels safe harbor.”

The ship has been sitting idle in Chinese waters since at least January 2020, according to a Times review of satellite imagery. Chinese authorities declined to respond when asked if the ship had been impounded or reported to the U.N. sanctions committee.

Instead, they provided a comment adapted from a Dec. 2, 2020, press briefing from Hua Chunying, a spokeswoman for the Foreign Ministry, in which she called on the U.N. Security Council “to start discussions on rolling back sanctions” against North Korea.

A spokesperson for the United States Mission to the U.N. also declined to comment on the specifics of The Time’s findings, but stated that “we expect U.N. Security Council members to lead by example.”

Over the last year, North Korea has expanded its oil infrastructure, building a new oil terminal in the major port of Nampo, where the oil tankers harbored in China regularly deliver their oil.

According to estimates by some U.N. member states, North Korea has exceeded the annual cap of 500,000 barrels per year since the measure took effect on Jan. 1, 2018. Both China and Russia, another permanent member of the Security Council, have disputed these claims.

The Biden administration is expected to release details on its North Korea policy in the coming weeks. And its approach will likely depend on managing frosty relations with China, which President Biden has described as the nation’s most significant foreign policy challenge.

The goal of denuclearization is one area where American officials hope China and the United States can find common ground. But China’s inactions regarding the tankers delivering oil to North Korea may stand in the way, said Mr. Griffiths. “They negate some of the most important measures that would slow, if not halt, these U.N. prohibited programs.”