One of the world’s greatest cities is finding its families pulled in two different directions, a trend exacerbated by the pandemic.

In London, the average home costs over half a million pounds, but more than a third of children there live below the national poverty line.​

The result is a widening inequality gap, as​ those who are growing wealthy on properties increasingly live​ near people who can barely get enough to eat,​ Olivia Konotey-Ahulu writes today.​​ 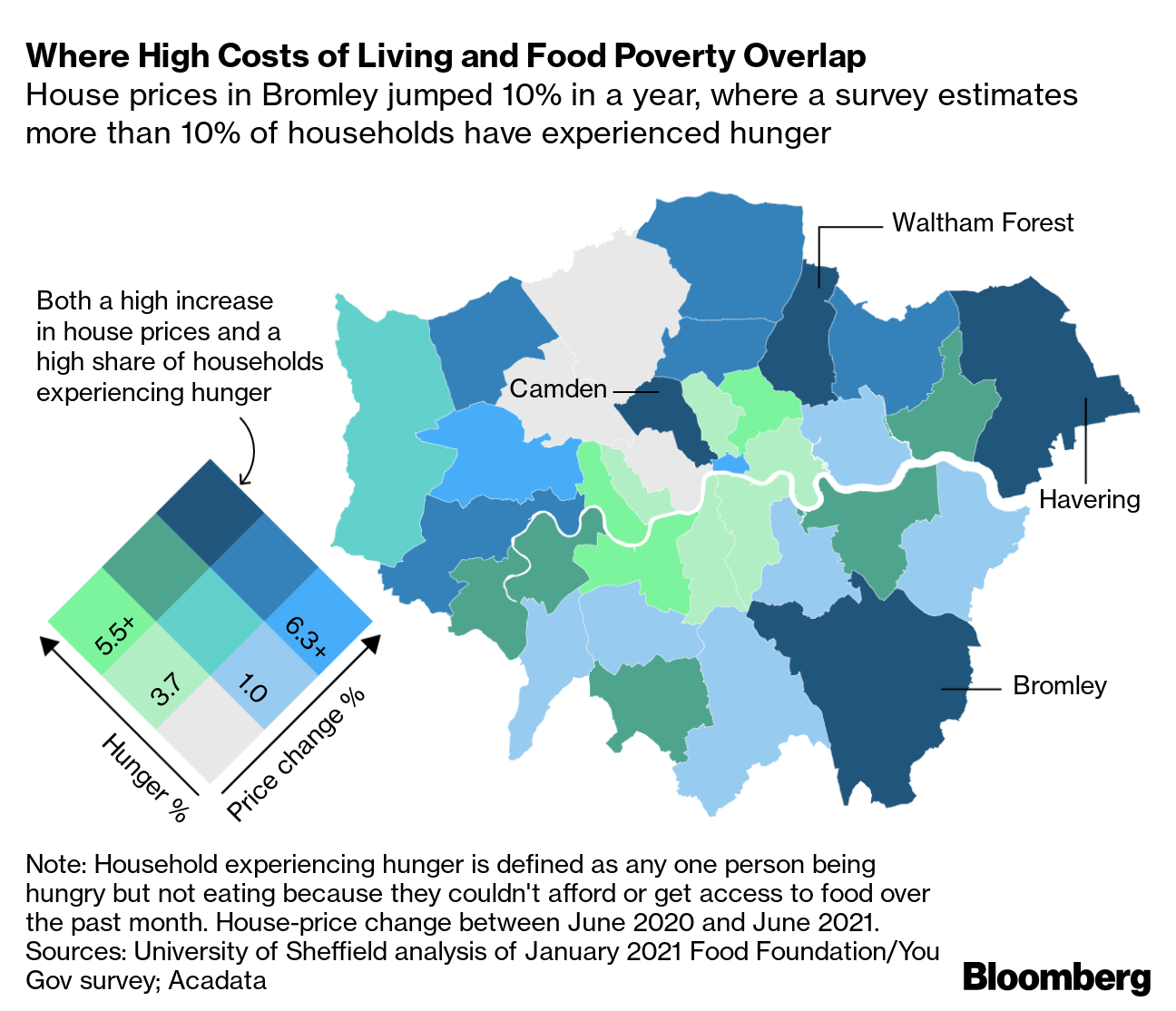 The borough of Camden just north of the city center is a prime example. Home values there have surged 10% in the past year to 1.1 million pounds ($1.5 million), Acadata figures show. In the same district, 16% of adults struggle to get food at least once in a month.

“London is a city of two worlds,” said Sharon Baah, operations manager at Camden’s Castlehaven Community Association​ who has run the local food bank since the pandemic hit last year. “There are people who live on the doorsteps that are not making that income. The gap between the rich and poor, the haves and the have-nots, is quite significant.”

The trend is undoubtedly international too given property costs elsewhere are rocketing as well, fueled by loose monetary and fiscal policies.​

Such widening gaps between the rich and the poor will leave more people in need for years to come, leading to uneven economies that policy makers will struggle to balance out.​