For the Philadelphia teacher Freda Anderson, setting up her classroom involves clearing plaster, dust and paint chips from tables, chairs and desks. Somewhere, a leak has allowed water to seep through the walls. Years of deferred maintenance have caused dust and paint chips to scatter across the room. This debris is not just a brazen reminder of state abandonment of public education — it is an active vector of harm. A report released this spring revealed an asbestos epidemic creeping through Philadelphia schools.

During the 2019 school year, 11 schools closed because of toxic physical conditions; a veteran teacher is suffering from mesothelioma, a lethal disease caused by asbestos. Ms. Anderson used to believe the best way to fix schools would be to hire more teachers, counselors and mental health providers, “but, honestly, now the first thing I would do is start reallocating money to fix the buildings,” she told me. “They’re just really dangerous.”

The question of how to finance Philadelphia schools’ $4.5 billion of unmet infrastructure needs — as well as hiring more teachers, counselors and nurses — has been a vexing issue for the community. Despite high levels of affluence in the city, inequitable distribution of state aid and regressive taxation, including hundreds of millions of dollars in local corporate tax breaks, have exacerbated budget shortfalls.

To keep the lights on, the School District of Philadelphia — like thousands of districts across the country — has increasingly turned to debt financing: They issue bonds to borrow money from financial markets, either with their own bonding authority or through municipal governments. Investment funds purchase these bonds, thus lending the funds to local governments or school districts, who promise to repay the loans, plus interest and issuance fees.

Debt-financing public education has not only failed to provide schools with sufficient funds; it has also imposed long-term costs. What seems like a fix for school districts’ strapped budgets has actually trapped them in cycles of austerity, exacerbating the very inequalities public education is designed to address.

At its most profound level, debt-financing public schools relies on problematic ideas of creditworthiness. For instance, Moody’s Investors Service, a pre-eminent credit-rating agency, bases a school district’s credit score on the district’s existing property value and residential income: The poorer the school district, the more it pays in interest and fees to borrow — from the point of view of creditors, such schools are “riskier.” The results of this process are unsurprisingly classist and racist. Funding schools by way of credit scores amounts to little more than operating a system of prejudices which ordains the haves with the capacity to have more, while chaining the have-nots to financial hardship.

In 2012, state and local governments across the country paid an estimated $3.8 billion just in bond issuance fees — more than twice the amount used to fund pre-K education across New York State in 2014. In 2021, the Philadelphia School District paid $311.5 million to service its debt. More than half — $162 million — went to Wall Street creditors as interest payments.

What starts as public schools’ budget shortfall ends with financial sector profits. The interest that creditors take from lending money to municipal governments is also, conveniently, tax exempt, rendering municipal bonds into a kind of onshore tax haven. In a study of municipal debt, the historian Destin Jenkins reveals this as a central failure of American cities’ infrastructure in the modern economy: Financing for public schools, parks and clean water are disproportionately dependent upon financiers and bondholders’ desire to reduce their taxes. While private investors make a killing off this funding dynamic, local taxpayers are stuck footing the bills for rising debt service costs. For this reason, some consider debt-financing public institutions to be a form of extraction — not investment. 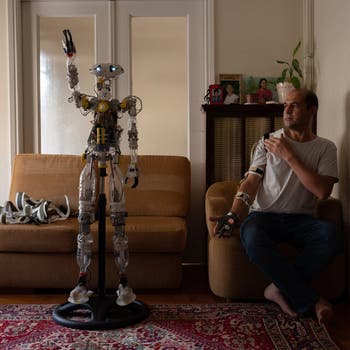 He Built a Robot to Prove a Point About Refugees 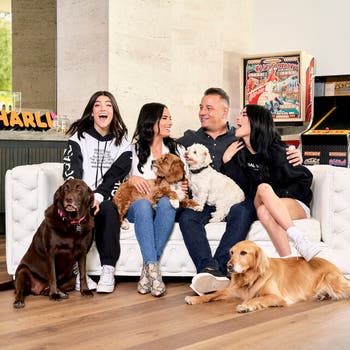 The D’Amelios Are Coming for All of Your Screens 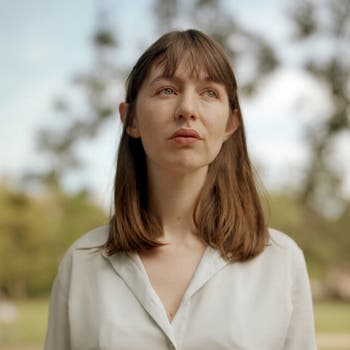 ‘It Was Like I’d Never Done It Before’: How Sally Rooney Wrote Again

Funding schools Wall Street-style also subjects schools to market volatility. For example, as the 2008 recession crumpled state and city revenues, many school districts, under the guidance of self-appointed financial experts, invested in chic yet ultimately risky financial assets like “variable bonds” and “interest swaps.” It was an understandable move; schools were desperate to secure funds their state governments could not or would not provide. But when many of these deals turned toxic, cash-strapped districts were on the hook for skyrocketing payments.

In 2010, Philadelphia public schools paid $63 million in fees simply to extricate itself from some of its toxic swaps — more than it spent on books or supplies that year. Chicago public schools lost over $600 million in toxic debt swaps. In both Chicago and Philadelphia, budget shortfalls prompted school administrators to close dozens of neighborhood schools in Black and brown communities, leaving these communities without some of their vital public institutions.

Debt financing isn’t simply expensive and unequal — it’s also anti-democratic. Creditors and credit rating agencies loom over public institutions like shadow governance systems. Bond covenants, the legal terms of lending, often give creditors the first right to resources, making obligations to lenders the budgeting priority of many underfunded schools — not the needs of students or educators. In 2016, after school closings and budget cuts failed to solve the budget crisis for Chicago Public Schools, the school district borrowed an additional $725 million — not to reopen schools or hire more educators but to service its debt.

In the wake of this financial calamity, some communities are beginning to organize to challenge the logic of debt financing K-12 education. “There’s a lot of self-blame around debt. People think, we got ourselves into this, so there’s nothing we can do to get out,” Pep Marie, lead organizer of Philadelphia’s educational justice coalition Our City, Our Schools, told me.

Local activists like Pep Marie have been working alongside the Action Center of Race and the Economy (ACRE), the advocacy group Lilac Philly, and the Debt Collective, a group that organizes debtors’ unions. Decoding the technocratic lingo of finance into words with political grip is one goal; another is to build power to challenge rule by debt.

“Part of the organizing work is to delegitimize the ethical framework that says this is OK,” Jason Wozniak, an education professor at West Chester University and a Debt Collective organizer, told me. “We can win as much local control as we want, we can elect the best people to the local school board, but at the end of the day, if we’re still beholden to credit rating agencies, even the best elected officials can only do so much. That’s why we need debtors’ unions.”

Several of the groups rallying together in this space are calling for public investment to fund schools. One demand, among many, is for the Federal Reserve, the nation’s central bank, to provide zero-interest loans to municipalities — much like it did for corporations in the immediate response to Covid-19. Such a federal lending system would obviate the need for school districts to hustle for funds from harsh creditors and would free up local budgets to either make new investments or provide tax relief to middle- and working-class residents. This form of federal financing conducted by the Fed could also allow schools to sustainably invest in repair projects — fixing damaged infrastructure, reducing class sizes and refurbishing facilities into eco-friendly, well ventilated schools.

In the short term, the Biden administration’s agenda could provide a much-needed cash injection into schools; the infrastructure plan may yield even more funds. However, even this aid is vulnerable to private sector bond market obligations. As Chicago city officials got wind of plans for more federal relief funds this spring, Mayor Lori Lightfoot promised the city’s creditors that she would use the money to pay debt service. In response, community organizing coalitions, including the Chicago Teachers Union, have demanded that the mayor use relief funds to help people — not banks.

As long as bond markets finance so many of our country’s public schools, dreams of education equality will remain thwarted. The bloodless logic of credit and debt markets ensures that those with the least pay the most.

Imagine if we funded schools through interest-free loans from our own central bank or by taxing rich residents and corporations, instead of borrowing from them and paying for the privilege of using their money. “We really can do this without Wall Street,” ACRE’s deputy research director, Britt Alston, told me. “We have the tools. Our public systems, while flawed, have the ability to serve our communities beyond what Wall Street could ever imagine.”

The money exists to transform this corrosive financial architecture; does the political will?