OK, who ordered that? You’d think that between Covid-19, climate change and U.S. democracy under siege, we would already have enough crises on our plate. A potential Chinese financial meltdown is the last thing we need. Yet here we are.

The story of the moment is Evergrande, a huge, heavily indebted real estate company that appears on the edge of default. The echoes of the global financial crisis 13 years ago are obvious.

The conventional wisdom is that Evergrande isn’t another Lehman Brothers, that any fallout from its woes, and more broadly from the woes of Chinese real estate, can be contained. But that too raises disturbing memories: Some of us are old enough to remember when all the Very Serious People insisted that the fallout from the U.S. subprime debacle could be contained too.

Still, suppose that the conventional wisdom is right and that Evergrande isn’t another Lehman moment. That still won’t mean that things are OK. For it seems quite possible, at least to me, that China is having a “babaru” moment.

Wait, what? Some of us still remember the Japanese bubble economy — or as the Japanese themselves called it, the “babaru economy” — of the late 1980s, when prices of many assets, above all commercial real estate, went completely crazy. At one point it was widely claimed that the land under the Imperial Palace was worth more than the whole state of California. Then everything crashed.

By the way, I am not making fun of the Japanese for using an English-derived term. English speakers — among whom everyone from policy mandarins to business gurus finds it de rigueur to borrow foreign terminology — have no right to feel schadenfreude when someone else borrows from us.

Anyway, the bursting of the Japanese bubble didn’t lead to a financial meltdown. But it was followed by a prolonged period of economic weakness. At first many observers attributed that weakness to a hangover from previous financial excess: Japanese corporations had too much debt, they argued, or Japanese banks had too many nonperforming loans. But the weakness went on and on, and indeed in some ways continues to this day.

I don’t mean that Japan’s real economy has been consistently depressed for three decades, which you might think if you looked only at real G.D.P. The days when economic experts like (cough) Michael Crichton predicted Japanese domination of the world economy are far behind us: 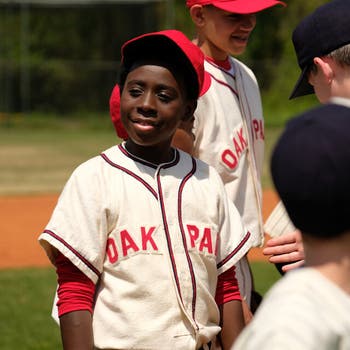 Can ‘The Wonder Years’ Break Through the White Noise of Nostalgia? 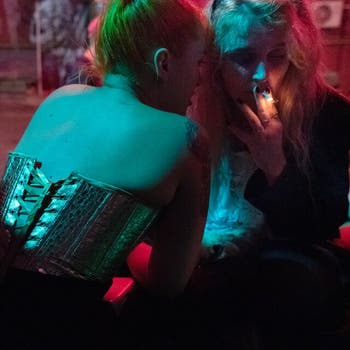 My Accidental Visit to the Pandemic’s Party Capital 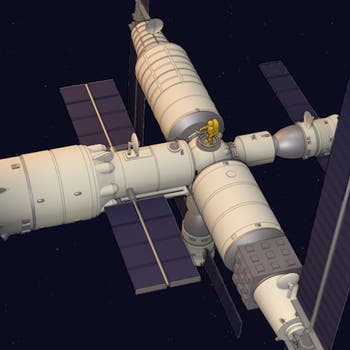 But you need to adjust those raw numbers for demography. Thanks to low fertility plus low immigration, Japan is a shrinking society. The number of working-age adults has been falling quite fast since the 1990s. Real G.D.P. per potential worker has actually done OK, basically matching U.S. performance:

However, Japan has been able to maintain more or less full employment only through constant economic stimulus: ultralow interest rates and persistent budget deficits that have pushed the national debt above 200 percent of G.D.P. True, that debt hasn’t posed any problems so far, and the Japanese arguably deserve praise for managing a difficult economic situation with relatively little mass suffering.

But the point stands: Japan’s economic situation has been challenging. Why? Probably precisely because it’s a shrinking nation: Negative population growth means that there’s little demand for new housing or new office buildings, for example. So Japan has become a country awash in savings with few places to go. In hindsight, the bubble of the 1980s wasn’t so much a source of future problems as it was an unsustainable way of temporarily masking problems that were eventually going to become manifest no matter what.

And here’s the thing: While China is vastly different from Japan in many ways, China’s macroeconomic situation bears a striking resemblance to that of Japan around the time the Japanese bubble burst.

On one side, Chinese demography is looking remarkably Japanese. The working-age population peaked in 2015, and although the one-child policy that suppressed births is no longer in effect, this downward trend won’t be reversed, if at all, for many years.

On the other side, China, like Japan in the bubble years, has a highly unbalanced economy, with weak consumer spending and extremely high investment:

Investment spending that exceeds 40 percent of G.D.P. perhaps make sense in an economy with a rapidly growing population — especially one in which millions of rural residents are moving to the cities — that is also catching up to wealthier nations in its technological advances. But China no longer has that kind of demography, and while it is still behind the West (and Japan) in overall technological prowess, productivity growth is slowing.

This means diminishing returns to investment; China needs to transition to a different model. (And Chinese officials reportedly know this.) But it keeps putting that adjustment off, pumping up spending with huge amounts of credit — which leads, inevitably, to Evergrande-type debacles.

China might paper over this current episode, as it has in the past. But sooner or later, something has to give. Evergrande may not be the moment of truth, but it is a sign that this moment is coming. And what we don’t know is whether China has the kind of social cohesion that has allowed Japan to slow down gracefully without a social and political crisis.