Can the West trigger a financial crisis within Russia? It’s certainly trying to.

The range of sanctions on Russian institutions and individuals widened dramatically at the weekend when the United States, European Union and United Kingdom agreed to lock key Russian banks out of the SWIFT global messaging system that underpins almost all global financial transactions.

They went a step further – a big and near-unprecedented step – when they included Russia’s central bank in the new sanctions, freezing most of the $US640 billion ($890 billion) of Russia’s foreign exchange reserves.

The European Commission president, Ursula von der Leyen, said the new sanctions were designed to ensure Russia’s big banks were disconnected from the international financial system and their ability to operate globally harmed.

The assets of the Russian central bank would be “paralysed” and the sanctions against it would stop Vladimir Putin from using his “war chest,” she said.

While kicking the Russians off SWIFT has often been described as the “nuclear option” that the West could use to punish Russia for its invasion of Ukraine, it is one that carries within it the potential to do significant harm to the rest of the world and Europe, so heavily reliant on Russia for its energy supplies, in particular.

New world order: Russia has just turned itself into a commodity superpower

That’s why the sanctions on the banks include its two largest banks but exclude the third-largest, Gazprombank, the most important conduit for payments related to Russian oil and gas. Europe relies on Russian energy for more than 35 per cent of its oil and gas needs.

Including banks involved in energy-related transactions would have a greater impact on the Russian economy – oil and gas accounts for about 40 per cent of all Russian government revenue – but the EU wants to minimise the level of self-harm and the exclusion of the banks central to its flows of oil and gas was the price of EU support for the sanctions.

The increasing layers of sanctions, the exclusion of Russia’s government, banks and other key companies from international debt markets and the bans from SWIFT will have some unpleasant impacts on Russia’s economy and its ability to finance the Ukraine incursion without economic pain, although it might take some time for them to be discernible.

The inclusion of its central bank, however, should have some quite immediate consequences and could induce a financial crisis.

That’s because the central bank and its $US640 billion of foreign exchange reserves were a key plank of the defences Putin had created against the threat of sanctions.

After 2014, when the West imposed sanctions on Russia for its invasion of Crimea, Russia sacrificed economic growth to reduce government debt. It built and diversified its foreign exchange reserves so that it could defend its currency and it created a domestic financial messaging system to reduce the vulnerability of its reliance on SWIFT.

It would seem that Putin didn’t envisage a scenario where his central bank and the “war chest” he had accumulated to future-proof Russia against Western sanctions would ever be targeted.

While the Bank of Russia has spread its reserves around to reduce a previous over-exposure to the US dollar – it has roughly halved its exposure to US dollar assets, doubled the proportion of euro-denominated assets and increased its holdings of China’s yuan and gold – two-thirds of its reserves are directly exposed to the sanctions and even the rest could be impacted by the exclusions from SWIFT.

How this will play out is an open question. No economy of Russia’s size and (thanks to its role in energy and other commodity markets) significance has been subject to the range of sanctions Russia now confronts.

Those foreign exchange reserves are held by central banks offshore and therefore the bulk of them are now frozen beyond Russia’s reach.

How this will play out is an open question. No economy of Russia’s size and (thanks to its role in energy and other commodity markets) significance has been subject to the range of sanctions Russia now confronts. The sanctioning of central banks had been confined to states like Iran and North Korea.

The combination of the freezing of Russia’s offshore reserves and the sanctions on most of its biggest banks could be devastating.

The Bank of Russia last week intervened in foreign currency markets, selling foreign currencies and buying roubles to arrest what was developing into a plunge in its value. The rouble has depreciated by more than 10 per cent in the past fortnight.

Denied access to those reserves the central bank will be unable to defend its value in the face of a likely flood of selling foreign and domestic selling as individuals and companies try to quit their Russian exposures.

There may be no floor for the rouble, which raises the prospect of hyper-inflation, soaring interest rates, “runs” on banks, a sharemarket implosion (it’s already fallen by a third) and economic devastation that spreads the cost of the invasion from the government, financial institutions and the elites to ordinary Russians.

There have already been some panicky runs on banks and the Russian ATM network as depositors try to get their funds out while they can. Moscow might have to bail out its banks, although its access and that of its companies and individuals to foreign exchange will be limited by the sanctions.

The ingredients of a financial crisis — bank runs, stock market crashes, interest rates that blow out as the value of bonds collapses, illiquidity-driven corporate failures – are in place.

Russia could seek aid from its new best friend, China, to try to circumvent and offset the impact of the sanctions. China recently signed massive long-term deals to buy Russian gas and wheat and the two countries have been trying to develop a bilateral alternative to SWIFT. 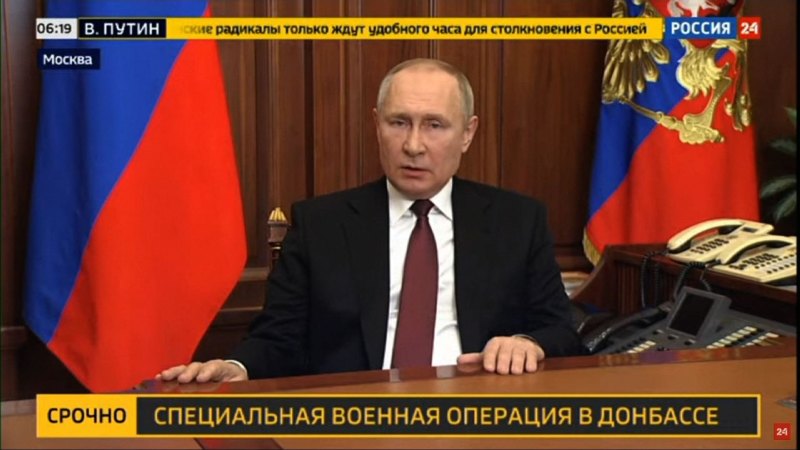 China’s larger banks, however, will be very wary of being caught up in secondary sanctions against those who ignore the raft of financial sanctions and the exclusions from SWIFT. The power of the US dollar – it is used in nearly 90 per cent of global foreign exchange transactions – is intimidating to any institutions involved in international finance.

The new sanctions announced at the weekend are as tough as any ever imposed on an economy as large, and of significance to the global economy, as Russia’s.

Some Russian banks will be kicked out of SWIFT. What does it mean for Putin?

Even though they exclude, for the moment at least, sanctions on Russia’s energy and grain exports and don’t freeze dealing with all of Russia’s institutions, beyond the harm they do within Russia there will be collateral damage beyond its borders. There’s also, of course, the question of how Putin might react if the new round of sanctions does have the effects its authors intended.