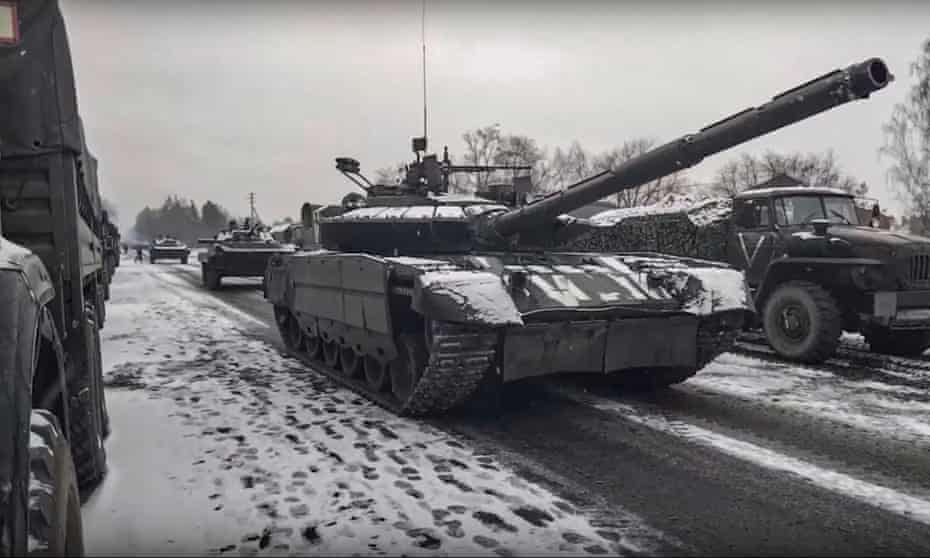 Russia can expect a “dramatic increased response” from the west if Vladimir Putin uses chemical weapons in Ukraine, a minister has said, amid fears that a false pretext is being laid by Moscow for such an attack.

Chris Philp, the technology minister, accused Russia of sharing disinformation online to create a false narrative that Ukraine is preparing to use chemical weapons, so that Russia can launch its own chemical attack.

His comments echo those made on Thursday by Boris Johnson, who said he feared that the “barbaric” regime in the Kremlin may be ready to use the banned weapons as the invading Russian forces had failed to make the progress expected.

Philp told Sky News: “We have seen in the last 24 or 48 hours what appear to be bits of disinformation published by Russian state outlets, including in fact the Russian embassy here in London, putting on things like Twitter information that appear to be creating a false narrative that Ukrainians are considering using chemical weapons, which is clearly ridiculous and totally untrue.

“Sometimes they do that in preparation but I hope that’s not what they’re contemplating. The use of chemical weapons in any theatre of war, certainly one where there are lots of civilians, is totally unacceptable.”

Philp said any such use of weapons would “trigger an increased response from the west”.

He told Times Radio: “Clearly, the use of chemical weapons, especially in an invasion where there are a very large number of civilians, would be an outrage against humanity. I would say to anybody in Russia thinking about this: do not cross that line, do not inflict any more misery and suffering on the Ukrainian people.

“They’ve already been shooting civilians who are fleeing down humanitarian escape corridors, they’ve been bombing and shelling hospitals including a children’s/maternity hospital. Do not go any further in inflicting misery on the Ukrainian people.

“It will trigger an increased response from the west, there’s a dramatic increased response, there’s no question about that. I’m not going to speculate about the form that’s going to take or pre-empt it, but that’s a line that Russian governments should not cross.”

Johnson said on Thursday: “The stuff which you are hearing about chemical weapons is straight out of the Russian playbook. They start saying that there are chemical weapons that are being stored by their opponents or by the Americans, so that when they themselves deploy chemical weapons – as I fear they may – they have a sort of a maskirovka, a fake story, ready to go.”

In a reference to the Salisbury nerve agent attack, he added: “You have seen it in Syria, you saw it even in the UK. I just note that is what they are already doing. It is a cynical, barbaric government, I’m afraid.”