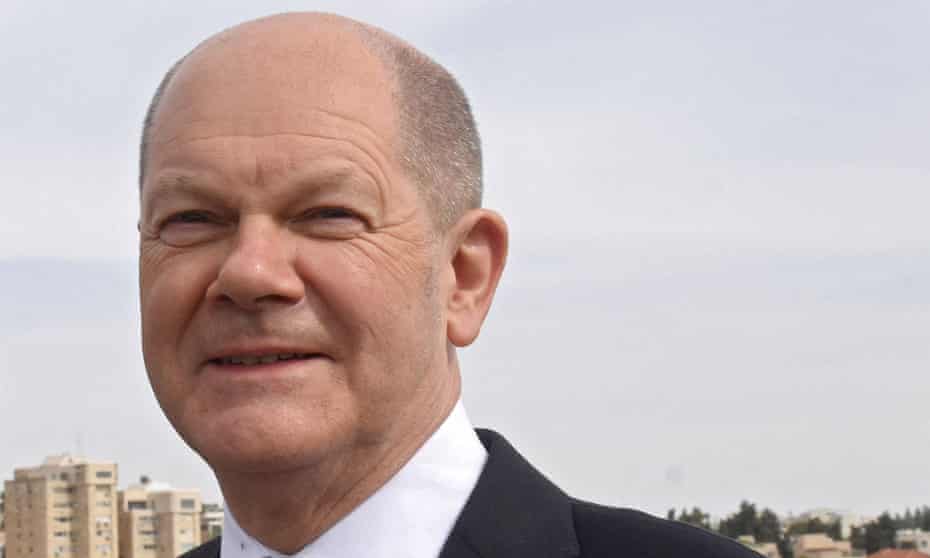 The German chancellor, Olaf Scholz, ambushed his own party and coalition partners when he announced a historic 180-degree policy turn on defence spending and exporting lethal weapons, but for now he seems to be riding a wave of broad public support.

In a speech in front of the Bundestag on Sunday, Scholz crossed several red lines held by his own party in less than half an hour, when he announced that Germany would send missiles and anti-tank weapons to help Ukraine defend itself against Russian aggression and set up a special €100bn (£83bn) fund to modernise its own forces. “A turning point in the history of our continent” called for an appropriate response, he said.

While the size of the one-off “special fund” for Germany’s military was brokered with his finance minister, Christian Lindner, of the liberal Free Democratic party (FDP), sources quoted in the German media say Scholz left his Green party coalition partners in the dark as to the size of the defence budget boost.

Scholz’s allies, meanwhile, are briefing that Green ministers were informed of the exact amount but preferred to feign ignorance, in an attempt to save face as an environmental party born out of a protest movement against the cold war arms race.

But the chancellor’s announcement also took ministers from his own centre-left Social Democratic party (SPD) by surprise. The SPD still campaigned against increasing military spending and meeting Nato’s 2% spending target as recently as 2017. In a TV interview on Tuesday night, the interior minister, Nancy Faeser, could not confirm she had been informed of the size of the new fund beforehand. “There was very little consultation,” she said.

According to Der Spiegel, a manuscript of Scholz’s speech was handed out to parliamentary leaders of all parties apart from the far-right AfD only shortly before the start of the special session in the Bundestag, allowing some politicians to adjust their speeches but not inform all their delegates.

What may have amounted to a betrayal and a government crisis at other points in history has been largely smoothed over by the three partners in Germany’s “traffic light” coalition, however, as the urgency of the war in Ukraine has pushed the government to show a united front.

The Green foreign minister, Annalena Baerbock, backed up Scholz’s rhetoric about an epochal change in German foreign policy when she spoke in front of the UN on Tuesday night. “When our peaceful order is being attacked, we need to face up to this new reality,” she said.

For now, Scholz’s call to rethink Germany’s reluctance on military matters also appears to enjoy the support of society at large. A survey by the pollster forsa showed 78% of respondents in favour of both exporting lethal weapons to Ukraine and boosting the Bundeswehr with a new fund.

So far, only the Greens’ youth group and a group of backbenchers in Scholz’s own party have indicated their resistance to the government’s military spending plans.

The co-leader of the Green Youth movement said the volte-face had taken place “without any political or social debate”, while a paper by the SPD’s Forum Democratic Left group cited by Der Spiegel objected to the spending plans on the grounds that Germany’s military was not underfunded but mismanaged. “The Bundeswehr has to be reformed, not geared up,” the paper said.

In 2021, Germany recorded a defence budget of €53bn, the seventh highest in the world and a national record high. Supporters of the new fund say it is vital to allow for long-term procurement projects that are prone to delays and are impossible to facilitate through annual budgets alone.

In his speech on Sunday, Scholz indicated that a large part of the new fund would be allocated towards building a successor to the German military’s outmoded Tornado fighter jets, as well as new transport helicopters and munitions.