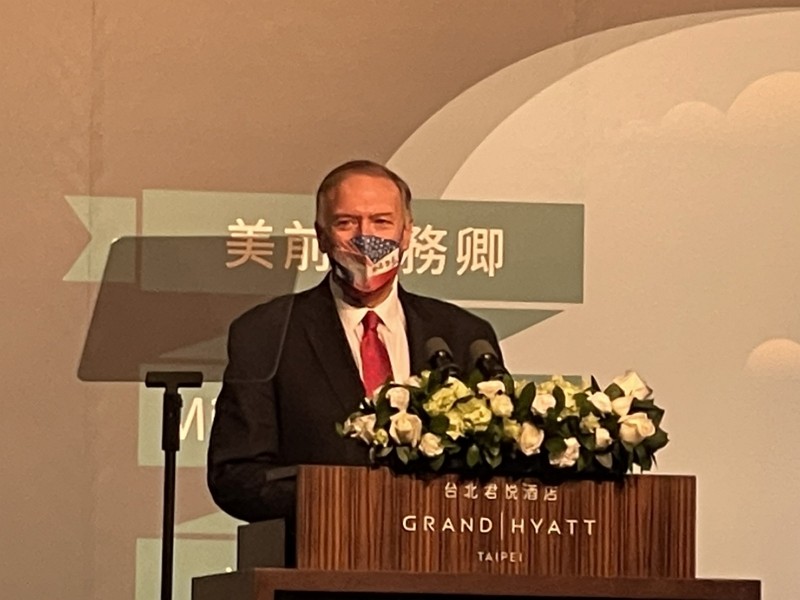 TAIPEI (Taiwan News) — Former U.S. Secretary of State Mike Pompeo said on Friday (March 4) that the United States should change its Taiwan policy from their long-standing "strategic ambiguity" to "clarity," with the statement coming right after his Facebook post that Washington should "offer the Republic of China (Taiwan) America’s diplomatic recognition as a free and sovereign country."

In an event hosted by the Prospect Foundation, Pompeo made it clear again that the U.S. government should "diplomatically recognize Taiwan as a legal, democratically governed country." The 2024 GOP hopeful said the safety of the vibrant democracy, also one of the world's most important economies, is sitting at the forefront of the challenge from Communist China as an "essential partner," and losing Taiwan would be a peril to the U.S.'s national interest and to the world.

In the beginning of the speech, he praised Taiwan's strong economic growth during the pandemic and its influence around the world, as today a large percentage of electronic products have been manufactured by Taiwanese companies, with Foxconn (known locally as Hon Hai) as an example. Pompeo said he looked forward to seeing the two countries work closer economically to address more issues and to reduce dependence on China.

Pompeo cited Russia's war on Ukraine to address the importance of a stronger collaboration among freedom-loving countries and noted it is crucial to deter the military ambitions of Vladimir Putin and Xi Jinping. He lamented that the engagement with the communist dictatorships had created a "Frankenstein" at the expense of national and regional security.

Pompeo continued to say that he felt blessed for being allowed to reverse this course. "That should be stopped," he said.

He described Beijing's crackdown on Hong Kong's civil liberties as an unforgettable moment during his term as the Secretary of State, making him believe that more real actions should be taken. "The U.S.'s attitude plays a decisive role," he added.

"We should take our obligations seriously and strengthen our ties, while cutting reliance on China and Russia."

Pompeo emphasized that democracies and freedom-loving nations should support each other and not enable the communist regime to dominate the world. "We need to help Taiwan defend itself with military sales, when the U.S. must support Taiwan to join the international organization. "It is good for Taiwan, for the U.S., and for the world."

During the speech, Pompeo advocated changing their foreign policy from traditional strategic ambiguity to clarity. "In my view, that is a long-overdue step...and Taiwanese people deserve the respect from the world as a vibrant democracy at the forefront against the communist regime." He commented that losing Taiwan as an ally would be a loss. The U.S. should dedicate itself to its commitment with Taiwan.

"We have to make sure Xi thinks he doesn't get a free pass to do whatever he likes and will pay an enormous price if he attacks." "Clarity matters," he said at the end of the speech.

He also expressed the hope that China can one day become a democratically ruled country, as he knows many Chinese living in the U.S. and around the world that enjoy their freedom.

In the end of the speech, he summed up by pointing out that freedom-loving countries should work together to draw a line between tyranny and freedom, cut reliance on China's economy, and make systematic work is done to bring nations with shared values together to build capacity in order to respond to threats, including influence operations. 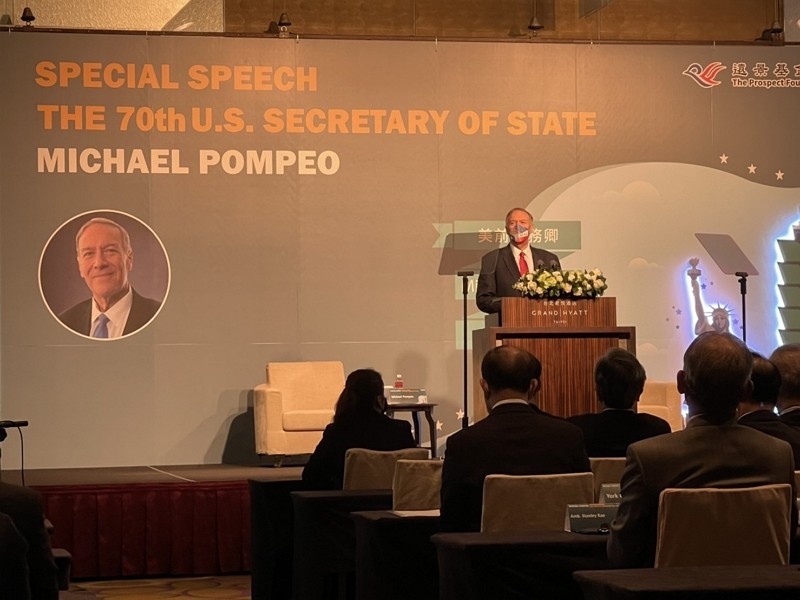