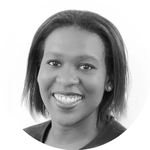 Russia's currency continued its descent on Wednesday as trading in the ruble was restarted on the Moscow Exchange. But in an effort to stanch the currency’s decline, the Russian central bank issued an order further restricting access to U.S. dollars.

The Central Bank of Russia said on Wednesday that owners of foreign-currency accounts in Russian banks will be allowed to withdraw only up to $10,000 in dollars (regardless of the currency in the account), and the rest would have to be taken out in rubles. New foreign-currency accounts can be opened, but only rubles will be permitted to be withdrawn. The order will be in place until Sept. 9, the central bank said. Until then, banks cannot sell foreign currency to Russians either.

The measures seem intended to curb the ability of Russian citizens to convert their rubles into dollars or other currencies, as the central bank tries to support the national currency, which is rapidly losing its purchasing power.

Russia’s ruble has lost about 40 percent of its value against the U.S. dollar this year as Western leaders have moved to isolate the country from the global economy with sanctions in response to its invasion of Ukraine. Those moves, which include the freezing of Russian central bank assets that are held in the United States, will make it harder for the country to prop up its currency.

Since currency trading on the Moscow Exchange was halted on Friday, the United States and Britain said they would stop importing Russian oil, while the European Union laid out a plan to reduce its dependency on Russian energy, and Fitch Ratings said a default on Russia’s sovereign debt was “imminent.”