How Russia is refocusing for a pivotal struggle in eastern Ukraine

After withdrawing from much of northern Ukraine, Russia is shifting troops to the country’s east to bolster a crucial conflict that may define the next phase of the war.

Some key locations of this fight are already clear. The Russian military, which is trying to encircle the Ukrainian army, recently seized the eastern city of Izium and will try to push southeast to Sloviansk, experts expect. 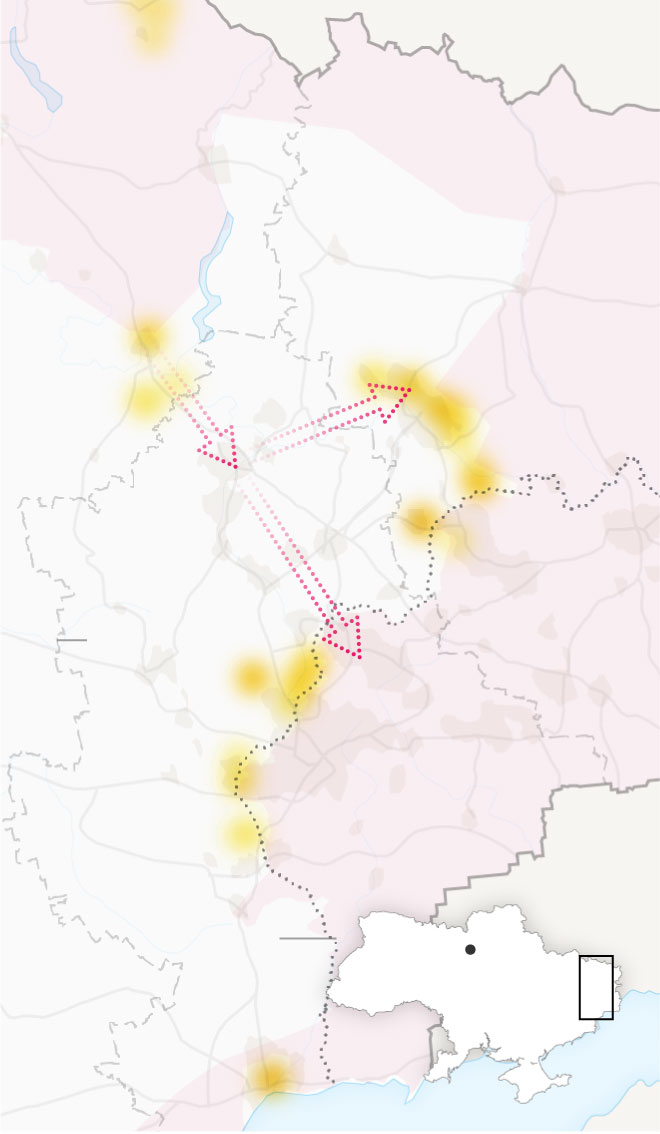 A farther push to

Source: Verified imagery; witness accounts; Ukrainian and Russian officials; Institute for the Study of War with American Enterprise Institute’s Critical Threats Project Note: Russian-controlled areas are as of 3 p.m. Eastern on April 5 and represent territory that Russian forces are able to operate freely in, without immediate risk of Ukrainian counterattacks, as assessed by the Institute for the Study of War. Approximate areas of fighting are drawn from reports from March 31 to April 6, as of 5 a.m. Eastern on April 6. The New York Times

Russia’s ability to seize Sloviansk is seen as a key test of whether it can succeed at capturing the entirety of the Donbas, which Russian-backed separatists have been fighting for eight years. It took weeks of fighting and shelling for Russia to bring Izium under its control, and Sloviansk is a larger target, with about twice as many residents. Russian troops are reportedly already facing Ukrainian counteroffensives along the way.

If Russian forces take Sloviansk, their next targets are likely to be Rubizhne, about 40 miles east near Sievierodonetsk, where fighting is ongoing, or Horlivka, about 50 miles south near Donetsk. Advancing to Horlivka would leave more Ukrainian troops isolated on one of the most active frontlines.

If successful, an advance to Horlivka would achieve two of Russia’s main aims. It would link up Russian troops from the north with separatist forces in the Donbas. And it would push the frontline of the war west, giving them control of the Luhansk region and more of the Donetsk region.

Advancing in the east is a critical goal for President Vladimir V. Putin of Russia. Gaining control of the Donbas would effectively partition off a piece of Eastern Ukraine, and the Russian leader could sell it to his country as a victory. But it remains unclear if Russia has enough forces to encircle Ukrainian troops.

Russia’s renewed attack on the east comes as it completes its withdrawal of troops from the suburbs of Kyiv and other northern Ukrainian cities, leaving behind gruesome scenes of dead civilians.