One of the explicit criticisms of computers and mobile phones I have mad for years is that they miniaturise our physical world; they reduce it to the area format of a bright screen. The apocalyptic, colossal loss for human beings reduced to sitting in front of and staring at screens is that we lose our instinct for freedom (Nietzsche called it "instincts of freedom").

That is the larger sense of this piece by Ross Douthat at the NYT.

BIGFORK, Mont. — I’m writing these words early in a darkened motel room, 2,460 miles from home, eight hours east of Seattle and 45 minutes south of Glacier National Park. Around me five other people are still asleep: My wife and four children, crowded onto queen-size beds, an air mattress and a pack-and-play. These have been our conditions for the last 16 nights, which we have spent claiming an important American birthright: The westward migration via minivan, the great cross-country drive.

In “The Hunt for Red October,” that classic of late-Cold War Americana, one of the defecting Soviet submarine officers, played by Sam Neill, rhapsodizes about his future as a free American — living in Montana with a pickup truck or “possibly even a ‘recreational vehicle,” and driving “from state to state” with “no papers.” Late in the movie, the character takes a bullet, and dying, murmurs: “I would like to have seen Montana.”

Whatever defects exist in our child rearing, our children have now at least seen Montana — and before that, Wyoming, South Dakota, Minnesota and so backward through the Midwest to our distant hobbit homeland of Connecticut. By the time you read this, assuming I’m not recruited into a survivalist group somewhere north of Coeur d’Alene, they will have seen Idaho and Washington as well.

More specifically, they’ve seen the Pittsburgh Zoo and the golden dome at Notre Dame (in a leg-stretching 15-minute stop), looked down at Chicago from atop a skyscraper and dunked their feet in Lake Michigan. They’ve lost hours in a Minnesota water park, wandered the prairie where Laura Ingalls Wilder lived in the later “Little House” books, seen Mount Rushmore and the Crazy Horse Memorial, baked in the Badlands and dodged lightning around Devil’s Tower, bathed in hot springs and dug for dinosaur bones in Thermopolis, Wyo., observed geysers and grizzlies in Yellowstone and a particularly insouciant beaver in Glacier National Park, and stared goggle-eyed at the prices of homes in Bozeman, Mont.

OK, that last one was actually their parents; the kids were busy with overpriced burgers while we contemplated the moneyed influx into “Boz Angeles.” Like a good newspaperman I’ve tried to gather string for columns on this trip, and questions of migration, density and development loom large when you traverse the (arguably) underpeopled West — as large as the billboard greeting visitors to Cody, Wyo., reading “Don’t California Our Cody.”

But for this column, with our journey still unfinished, I want to venture two general observations about America at scale — maybe banal ones, but I’ll take that risk.

The first is a sense of wonder at the uncrowded availability of sights and spectacles on the Western roads. I’ve read all the stories about surging American travel and overcrowded national parks, but the only real bottleneck we encountered was at Glacier, where the high roads were closed by snow and everyone was pushed onto the same few trails. And every place we stopped with one degree less fame than the big national parks — like South Dakota’s gorgeous Custer State Park or the hot springs of Thermopolis — was extraordinarily empty. There were probably 20 people under the wild, impossible shadow of Devil’s Tower the evening we went up.

Available doesn’t mean perfectly accessible, obviously: Even crowded into motel rooms, we’ve dropped a pretty penny just on gas alone, and day after day of multihour drives spent trying to teach the kids the U.S. presidents (we’ve stalled after Lincoln, predictably) and realizing that the 2-year-old knows some of the inappropriate parts of “Hamilton” is not an experience for everyone. But if you’re accustomed to the crowded spaces on the coasts, you should know that it really does all melt away — and not just into cornfields or pastureland or desert, but into a landscape filled with places that are made for travelers, that offer immediate rewards to even the most casual visitor. 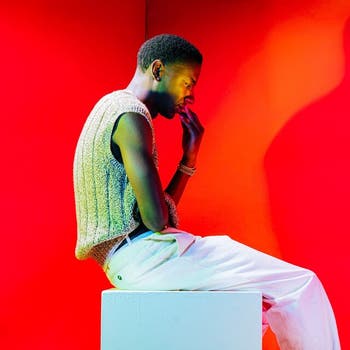 Jerrod Carmichael Was Scared of Coming Out. He Still Is. 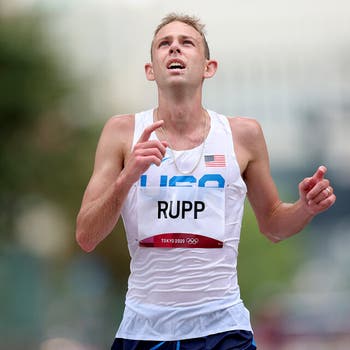 Can Galen Rupp Outrun the Shadow of a Disgraced Former Coach? 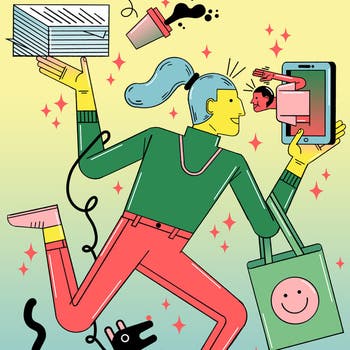 Text Your Friends. It Matters More Than You Think.

The comparison does not reflect well on the virtual America, which feels crowded and exhausting, a thousand-odd people screaming at one another in a medium-size hotel ballroom. I don’t want to say that crossing the physical America exposes the online version as “unreal,” since online life is quite real in its own way, and our national parks and roadside attractions aren’t the places where most Americans live their daily lives.

But the state-to-state spaciousness of this country, its complexity and diversity and simple wildness, still feels like a potential asset to be set against the claustrophobia of small-screen politics and culture wars — a release valve that not every divided society enjoys, a means of escape and reinvention that the internet constrains but, as yet, has not eliminated.

Seeing America gives you hope for America. Now if you’ll excuse me, I have eight more hours in a crowded minivan ahead.