In the summer of 2001, my wife and I took a cycling tour in Burgundy. We loved the scenery, the wine, the food (except for the andouillette — yuck) — and the prices. The still-new euro was at a low point, worth fewer than 90 U.S. cents, and everything in France looked cheap.

The euro didn’t stay low. Its dollar exchange rate has fluctuated over time, sometimes going as high as $1.60, but nearly always above the symbolically important value of $1:

Until now. As I write this, the euro and the dollar are at rough parity. This fact is basically symbolic; it makes no real difference whether a euro is worth $1.01 or $0.99. What is important is the striking slide in the euro’s value. What’s going on? And why does it matter?

Broadly, a decline in the euro relative to the dollar can make European exports more appealing to buyers outside of the Continent, but it adds to already high European inflation by raising the prices in euros of imported goods, from grain to industrial products.

Most modern analysis of exchange rates builds on a classic paper, “Expectations and Exchange Rate Dynamics,” by the late Massachusetts Institute of Technology economist Rudiger Dornbusch, which had an enormous and salutary influence on the field — I’ve argued it saved international macroeconomics. Per Dornbusch, exchange rates are determined in the long run by fundamentals — roughly speaking, a country’s currency tends to settle at the level at which its industry is competitive on world markets.

But monetary policy can move a currency temporarily away from that long-run value. Suppose the Federal Reserve raises interest rates while its counterpart, the European Central Bank, does not. The higher yields on dollar assets will attract investment to the United States, pushing the value of the dollar up. However, investors will normally expect an eventual reversion of the dollar to its long-run value, so that higher yields on dollar assets will be offset by expected capital losses from future dollar declines — and these losses will be bigger, the higher the dollar goes. The dollar-to-euro exchange rate therefore rises only to the level at which expected capital losses just offset the difference in yields between dollar and euro bonds.

At first sight this looks like a good story about recent events. The Fed has increased its policy rate — the short-term interest rate it controls — repeatedly this year, while the E.C.B. has not (although the E.C.B. has indicated that it plans a modest hike next week.) And there are reasons for this policy divergence. Although European inflation is comparable to inflation here, many economists argue that it’s less fundamental, driven by temporary shocks rather than an overheated economy, so there’s less need for tight money.

But the more I’ve looked at it, the more I’ve become convinced this isn’t mainly a story about interest rates. There is, I’d argue, a deeper story behind the euro’s slide. It’s a common observation that a weak currency need not be a symptom of a weak economy. But, in this case, the weak euro probably does reflect real economic weaknesses — especially the bad bet that Europe, and Germany in particular, made in relying on the reasonableness of autocrats. 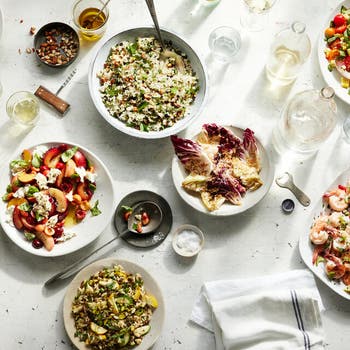 20 Easy Salads for Every Summer Table 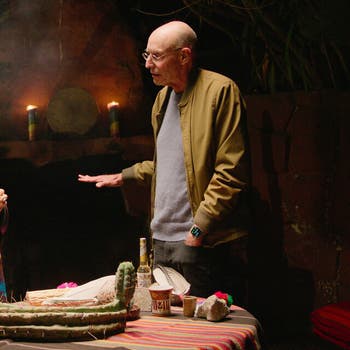 With ‘How to Change Your Mind,’ Taking a Trip With Michael Pollan 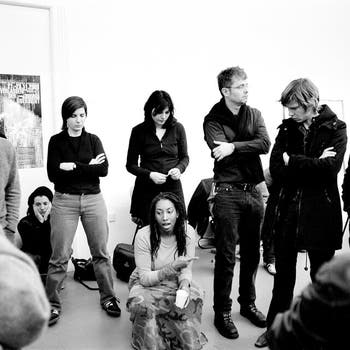 Start with those policy interest rates. Yes, they have diverged. But this has happened before. From 2016 to 2019, the Fed raised rates by more than it has so far this year, fearing (wrongly, as it turned out) that the economy was overheating, while the E.C.B. took no such action:

Yet there wasn’t anything like the recent plunge in the euro.

Further, the short-term interest rates controlled by central banks are only indirectly relevant to most things that matter for the real economy — things like housing, business investment and the exchange rate. The rates that matter for such things are generally longer-term rates, say on 10-year bonds, and these rates depend more on expectations about future policy by the Fed or the E.C.B. than on what they’re doing right now.

Here’s the thing: While the E.C.B. has so far done much less than the Fed, long-term rates have risen about as much in Europe as they have in the U.S. Here’s a comparison of 10-year bond rates in Germany and the U.S., for December 2021 and now (yes, German rates were negative; that’s a whole other story):

On both sides of the Atlantic, rates have gone up by about 1.5 percentage points. In effect, although the E.C.B. has been slow to move, investors appear to believe that it will eventually have to tighten a lot. Maybe that’s because Europe, more than America, appears vulnerable to a wage-price spiral, in which rising prices lead to rising wages, which lead to even more price increases, and so on. Partly that’s because in Europe they still have powerful unions, which can demand higher wages to offset the rising cost of living. Partly it’s because the inflationary impact of rising energy prices has been much higher in Europe than here, largely because of the Continent’s dependence on Russian natural gas.

Which brings me to what I suspect to be the central reason for the euro’s plunge: not interest rates, but a major downward revision in investors’ views of European competitiveness, and hence of the perceived long-run sustainable value of Europe’s currency.

It’s a bit simplified, but not that far from the truth, to say that over the past couple of decades Europe — especially Germany, the core of the Continent’s economy — has tried to build prosperity on two pillars: cheap natural gas from Russia and, to a lesser extent, exports of manufactured goods to China.

One of these pillars is completely gone, thanks to Vladimir Putin’s bungled invasion of Ukraine:

The other pillar is crumbling, as the Chinese economy stumbles, partly because of erratic policies in the face of Covid-19, and also as Chinese human rights violations make dealing with its regime increasingly toxic.

So Europe has a problem, and the weak euro may be a symptom of that problem.

Now, Europe’s economy isn’t going to sink into the abyss. We’re talking about incredibly sophisticated, competent economies that are technologically fully on the same level as America. Given time, they should be able to find a way to do without Russian gas and to reduce their reliance on Chinese markets.

But for now they’re stuck in a bad place, largely because their political leaders — especially in Germany — refused to acknowledge that the problem with autocratic regimes isn’t just that they do evil things, it is that they aren’t trustworthy. Europe is now paying the price for that willful blindness, and the weak euro is a symptom of that price.