Trump is a confirmed unhinged traitor. And Murdoch is his unindicted co-conspirator

New evidence to the January 6 committee shows just how treacherous Donald Trump was, but will it prise loose his grip on the Republicans?

This article was first published on June 29 but taken down the next day after a legal threat from Lachlan Murdoch. We have chosen to republish it as part of a series about this legal threat and about how media power works in Australia. For the series introduction go here, and for the full series go here.

The House Select Committee to Investigate the January 6th Attack on the United States Capitol has already exposed extensive evidence of a plot by Donald Trump and his co-conspirators to overturn the 2020 presidential election result. But yesterday’s evidence by Cassidy Hutchinson, the former senior aide to Trump’s chief of staff Mark Meadows, has confirmed his treachery and violent intent.

Hutchinson’s evidence shows that Trump was aware of how heavily armed many of the attendees of his rally and planned march on the Capitol building were on January 6 — “I don’t fucking care that they have weapons,” he said — and that he intended all along to lead them in the march until prevented by his own driver (whom, Hutchinson claimed to have heard was physically attacked by Trump). She also says her boss, Meadows, said that Trump believed protesters were right to call for the hanging of then vice-president Pence for refusing to overturn the result on January 6.

See how power works in this country. 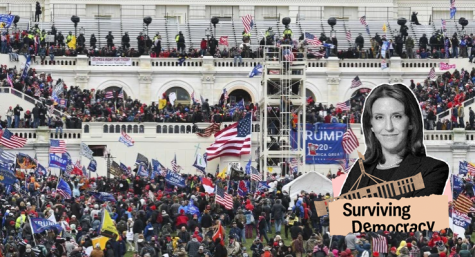 Jan 6 hearings: can Trump supporters be returned to the American fold?

Trump’s crimes go beyond attempting to subvert the election outcome and now extend to inciting an armed mob to march on the Capitol to physically prevent the confirmation of the outcome — a mob he intended to lead himself, and whose murderous intent he thought was appropriate.

But despite claims that Trump and his circle are shocked at Hutchinson’s testimony — he is now trying to downplay her role, despite her occupying a key position in the functioning of his inner sanctum — will this confirmation of Trump’s unhinged nature and enthusiasm for an armed mob dent his popular support or political support within the Republican Party?

If you’re a Trump supporter at this point, it’s unlikely any revelation about him will shift your allegiance. For many of his fans, the image of him trying to wrest the steering wheel of his limousine in order to drive it to lead the march is exactly the one they already have of him — a man determined to break any rule necessary to take charge. It is the very transgressive nature of Trump’s actions that, far from alienating his supporters, bind them ever more closely to him — they serve as a demonstration of his commitment to deliver for them, no matter what the cost, even if he tramples on democracy and the rule of law, and costs people their lives.

And politically, large parts of the GOP remain in thrall to Trump. Despite claims that his influence has downgraded from outright control to merely being the most potent voice, and the rise of an even more extreme “MAGA” movement that doesn’t take its direction from Trump, his endorsement is still eagerly sought by Republicans and his criticism feared. He remains, far and away, the preferred choice of Republican voters for the 2024 presidential election. 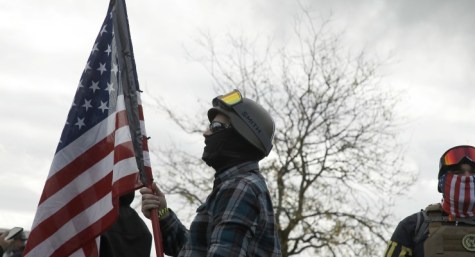 Comparisons with Watergate or any previous political scandal in the US are meaningless. Trump might share profound personality flaws and psychotic characteristics with Richard Nixon, but Nixon — a congressman, then twice elected vice-president and twice elected president — was an establishment political figure.

He felt entitled to break the law, but his actions were those of a paranoiac terrified of what information he didn’t have and that others had within the conventional system of American politics, despite his landslide reelection in 1972. And his actions in covering up Watergate and trying to contain the damage from it so alienated senior members of his party that they turned against him. His resignation — imagine Trump ever resigning — brought the immediate crisis of Watergate to a close, if not the enduring damage it did to government.

None of these applies to Trump. He thinks nothing of the destruction of American democracy itself. Far from avowing “I’m not a crook”, Trump boasted he could murder people in broad daylight and his supporters would still love him. His election loss didn’t bring to an end the crisis he inflicted on the American political system, it simply propelled it into a new and perhaps just as dangerous phase.

And Nixon didn’t have the support of the world’s most powerful media company, which continues — even in the face of mountains of evidence of Trump’s treachery and crimes — to peddle the lie of the stolen election and play down the insurrection Trump created.