China’s Computer Chips Are Down

Xi Jinping is said to be unhappy with the results of state subsidies for semiconductors.

America’s industrial-policy advocates see China as a technological juggernaut whose government direction the U.S. must imitate or become a declining power. Yet that’s not how it looks from Beijing, which is frustrated by its second-string semiconductor industry. 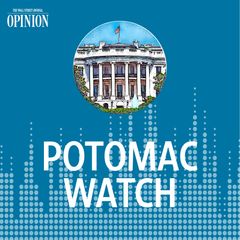 President Biden on Tuesday invoked the hobgoblin of Chinese technological superiority as he signed Congress’s $280 billion computer-chip subsidy bill. China has leapfrogged the U.S. in research and development, he claimed, and “is trying to move way ahead of us in manufacturing these sophisticated chips.” Beijing may be trying but it is struggling mightily despite spending enormous sums.

Bloomberg this week reports that Beijing is launching corruption investigations into government ministers and business leaders involved in its semiconductor initiative, which is a cornerstone of President Xi Jinping’s Made in China 2025 plan to achieve manufacturing self-sufficiency. Corruption crackdowns are Mr. Xi’s modus operandi when things don’t go according to Communist plan.

When senior government officials last month reviewed the country’s chip-making progress, they reportedly grew dismayed that advances may have been overstated and investments weren’t paying off. Mr. Xi’s plan to throw money at the semiconductor industry, as with others, has resulted in many unproductive companies chasing government subsidies.

About 15,700 new semiconductor companies registered in the first five months of last year. As it turns out, government is a poor allocator of capital, and semiconductor handouts have spawned cronyism and graft. These problems are intrinsic to industrial policy. But Mr. Xi is blaming China’s industrialists, rather than his planning model.

Bloomberg says the government is investigating the head of its National Integrated Circuit Industry Investment Fund and has dispatched an investigation team to the Ministry of Industry and Information Technology. Also under investigation is Tsinghua Unigroup, a chip-making national champion that collapsed last year and was forced into receivership.

U.S. politicians note that Beijing’s industrial policy has helped drive down manufacturing costs of technologies that have become commodities such as solar panels and rudimentary chips. But China still badly trails the West in advanced semiconductor design and equipment despite spending more than $100 billion to catch up.

Meantime, U.S. technology export controls are making it even harder for China to catch up with Western computer-chip technology. This may be one reason for Beijing’s stepped up militarism with Taiwan, which manufactures many of the most advanced chips. What U.S business and political leaders don’t seem to understand is that the world, including China and Taiwan, still relies on U.S. innovation, which is a product of our capitalist system.

Mr. Biden said Tuesday that “federal research and development brought down the cost of making [chips] and built a market and an entire industry.” That’s wrong. Business consolidation, economies of scale and off-shoring reduced manufacturing costs. But the main U.S. comparative advantage continues to be technological innovation, which is driven by business research and development.

R&D spending made up 3.5% of U.S. GDP in 2020 compared to 2.4% in China, according to the OECD. Business investment accounts for about three-quarters of U.S. R&D. Today’s fixation with Chinese government planning is reminiscent of the overbaked worries in the 1980s that Japan’s bureaucracies were the secret to its economic success.

China’s assets are formidable, but its politically directed economic policy isn’t one of them. The U.S. doesn’t need politicians and bureaucrats picking winners and losers. It needs economic policies that unleash the creativity and investment of people and private firms.