How bad are the ‘iPhone city’ riots for Apple stock? Analysts see a ‘body blow’ for the most valuable company on earth 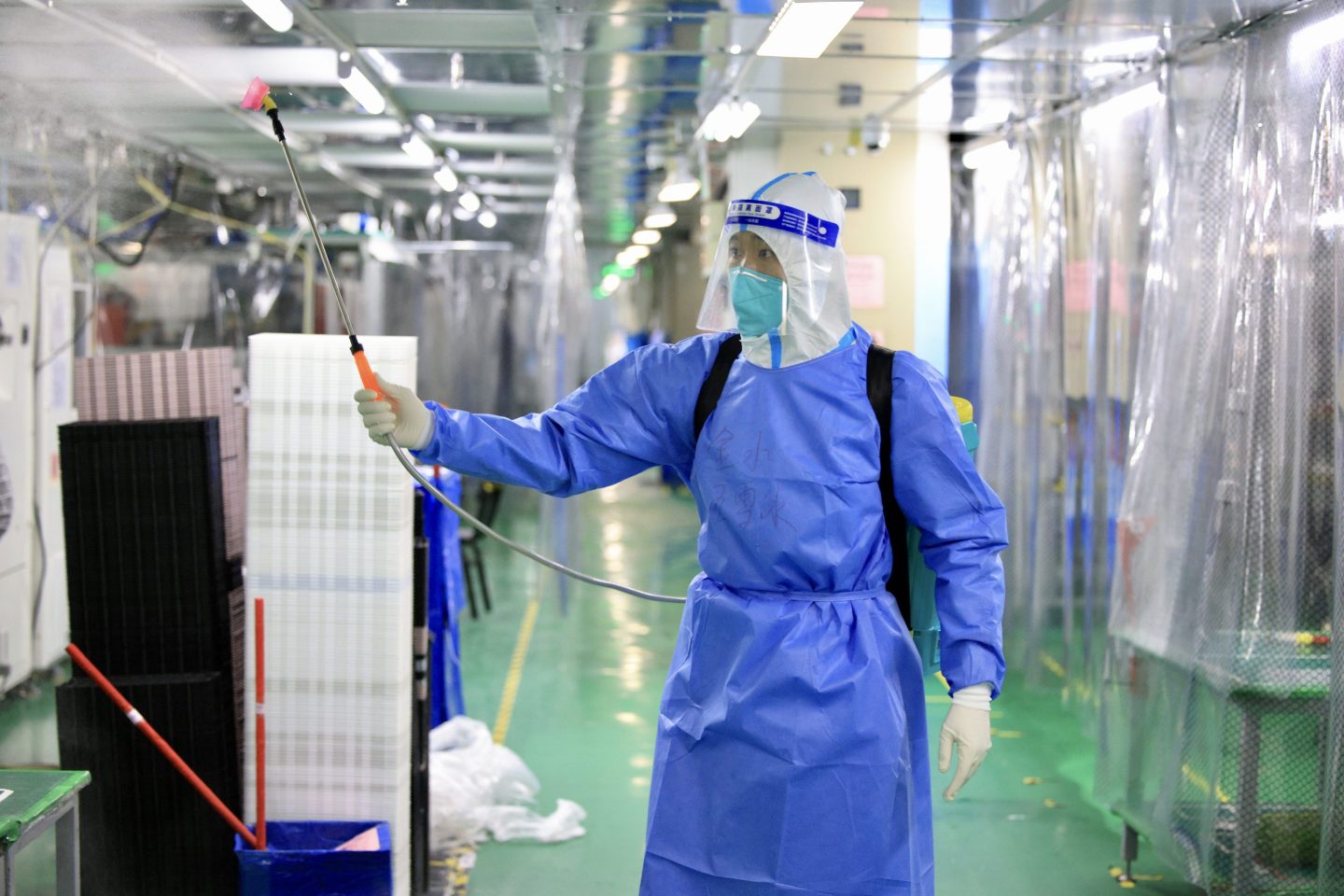 Hundreds of workers at the world’s largest iPhone factory in Zhengzhou, China protested strict zero-COVID policies, poor working conditions, and mismanaged contracts on Wednesday—and analysts warn it could be a “body blow” for Apple.

FROM UKG GREAT PLACE TO WORK

Videos posted on social media showed violent clashes between authorities and employees of Foxconn, a contract assembler that makes iPhones. The protests are an escalation of tensions that underscores the growing dissent against the living conditions at factories across China during COVID.

Since Oct. 13, some 200,000 Foxconn workers have been operating under a closed-loop system, where employees work and live full-time on-site to maintain production and avoid spreading COVID.

Despite these efforts, which have enraged workers, Apple has warned that production of the iPhone 14 Pro and other premium models will be lower than anticipated after significant production cuts at the Zhengzhou Foxconn plant—and that was before the latest protests.

This isn’t the first time workers at an Apple supplier in China have turned to protests amid strict COVID-19 restrictions and poor working conditions this year. In May, hundreds of workers at an Apple supplier called Quanta Computer clashed with guards and broke through isolation barriers after a two-month-long COVID lockdown and disputes over pay.

Wedbush tech analyst Dan Ives said that the lockdowns and protests in China this year have been a “major gut punch to Apple” that has cut the number of iPhone 14 units available to sell by 5%, leaving the company with a “major shortage” heading into the holiday season.

And Ives fears the situation could get even worse after the latest protests.

“If Zhengzhou remains at lower capacity the next few weeks and continues to see the unrest build with workers, this would cause clear major iPhone Pro shortages into the all-important Christmas time period, especially in the U.S.,” he wrote in a Wednesday research note.

iPhone shortages are a big concern for Apple, considering roughly 52% of the company’s fiscal year 2022 revenue came from iPhone sales alone, according to SEC filings.

“This latest zero-Covid situation is an absolute body blow for Apple in its most important holiday quarter,” Ives wrote.

Despite the protests in China, Apple stock was flat on Wednesday. The big tech giant, which was the most profitable Fortune 500 firm in 2021, has been more resilient than most of its big tech peers this year, but its stock is still down roughly 17% year to date as recession fears mount.

Apple did not respond to Fortune’s request for comment about the protests or disruptions to iPhone production.

Mark Haefele, chief investment officer at UBS Global Wealth Management, also cautioned investors on Wednesday that the disruptions in production due to recent protests and uncertainty over COVID policies “add to operating difficulties” for companies like Apple.

“While relatively small scale compared to the size of the workforce, the disruptions come at a time of peak demand in western markets, with Apple previously warning of lower shipments of premium handsets due to prior disruptions,” Hafele wrote in a Wednesday research note.

And Deutsche Bank’s Jim Reid also warned on Wednesday that China’s zero-COVID stance took “a fresh turn for the worse” this week, noting that restrictions in multiple provinces have “ramped up” as case numbers steadily rise.

That means more lockdowns could be on the way, which is bad news for Apple.

China reported its first COVID death in more than six months this week as daily cases continue to rise. More than 253,000 COVID cases have been found across China in the past three weeks, government officials reported Tuesday.