Examining the case for the voice – an argument against

I often agreed with my eminent former High Court colleague, the honourable Kenneth Hayne. But not this time.

I often agreed with my eminent former High Court colleague, the honourable Kenneth Hayne. Our judicial disagreements, when they occurred, were, as I intend this to be, cordial and respectful.

Disagreement now between us arises out of a recent report in The Australian of a speech he made regarding the proposed Indigenous voice to parliament. In the public interest I feel I am obliged to put an argument, not dogmatically, against the case he confidently put for the voice.

He asserts that the lack of any legal argument against the voice provides a justification for the voice. He seems to be saying that the fears of those who oppose the voice are unfounded because, even though he doubts if anyone will have standing to challenge representations made by the voice, if some unlikely person were to do so, the public can have full confidence in the High Court in the “maintenance and enforcement of the boundaries within which the governmental powers (in respect of the voice) might be exercised”.

My former colleague states that “anyone can start litigation, including constitutional litigation, so long as their claim is not frivolous or vexatious”. He sees a problem, however, in the sort of order the court might make if some unimaginable party were to try to mount a constitutional challenge in respect of the voice. Indeed, he seeks to employ the metaphor that a fear of any credible legal challenge is merely to see a “column of smoke with no substance”.

It should be recognised that some judges have a monocle that enables them to see substance where to others there is a mere wisp of smoke.

It is one thing to say the voice can make representations only, but in the real world of public affairs, as the Prime Minister candidly acknowledged, it would be a brave parliament that failed to give effect to representations of the voice. 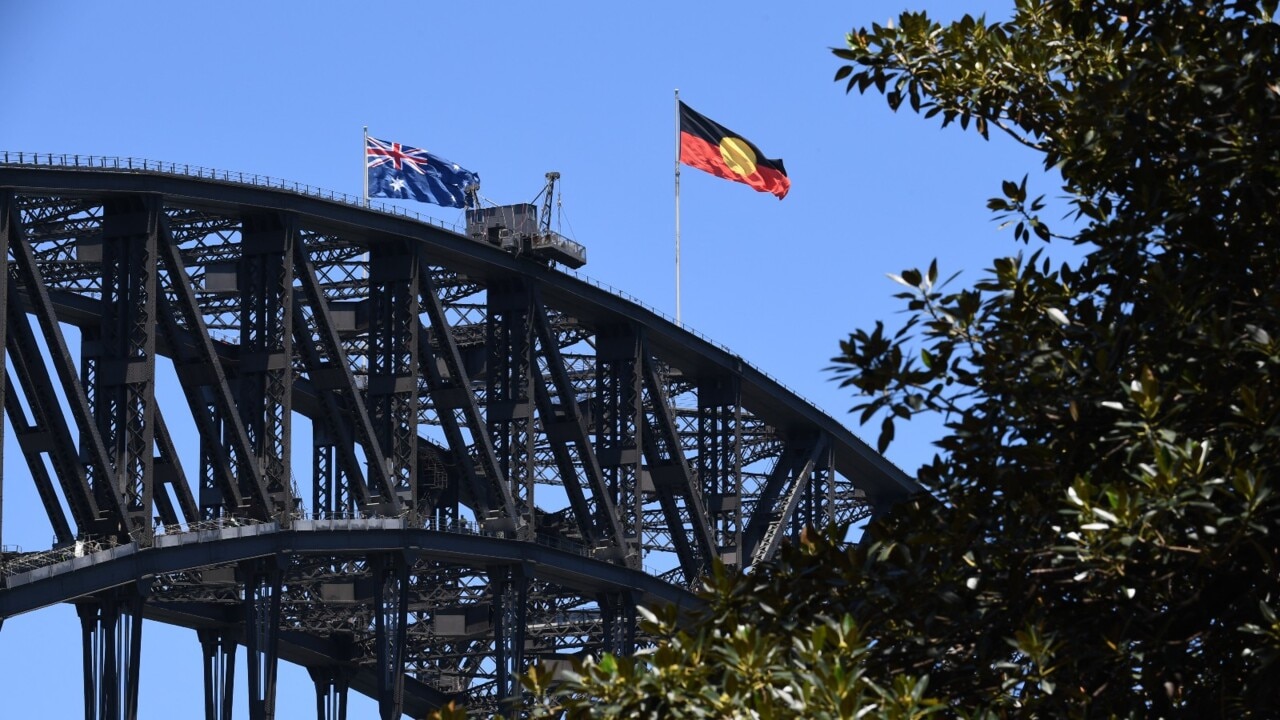 The march of administrative law is almost inexorable. In 1995, in Teoh v the Minister for Immigration, the High Court decided that the process by which the minister reached a decision to remove from Australia, on character grounds, a convicted non-national drug importer was flawed because the importer’s infant children had a “legitimate expectation” under the international Convention on the Rights of the Child that their interests should have been, but were not, taken into account by the minister. The High Court so decided even though the convention had not been enacted into Australian law.

It is an elementary principle of constitutional law that an international treaty cannot bind Australia and its peoples unless and until the treaty is enacted and assented into law by the parliament and the governor-general. It took eight years for a differently constituted High Court, of which Kenneth and I were members, to correct the heresy of legitimate expectation in the court’s Ex Parte Lam. Who knows what a future High Court might do as it seeks to juggle the respective rights, obligations and “expectations” to which the voice would give rise?

I can imagine any number of people and legal personalities in addition to the states who might plausibly argue that they have standing. Standing is a highly contestable matter. It is an opaque and plastic concept. Whether a person has standing or not is itself a justiciable question of the kind regularly heard and determined by the courts, expansively so in recent times. One has only to glance at the litigation that environmental concerns have generated as to standing to see that this is so.

Justiciability or not is a recurrent and important question. Whether, for example, the chief justice at the time, Sir Garfield Barwick, was right in his advice to the governor-general, that the governor-general could lawfully dismiss a prime minister, is not to the point here. What is to the point however is that one of Sir Garfield’s justifications for giving the advice was that the issue could never be justiciable, is, with respect, wrong because justiciability itself is justiciable.

Kenneth would put all trust in the High Court. He says, “(a)ll that the court would be doing is its job”.

It is always better to hear all of the arguments before deciding a case. In the recent past, at least, government has funded both an argument for and an argument against the case in a referendum for a change in the Constitution. That is apparently not to happen here. Rather, there is to be a “public education program” on the issue. The expression “public education” has an ominous, Orwell­ian sound to me. As much as I respect my predecessors, contemporaries and successors on the High Court, neither on my appointment nor subsequently have I experienced a Damascene conversion to an unquestioning faith in an all-seeing and infallible court. It has been said that final courts are not final because they are infallible, they are infallible because they are final. I have no doubt that, already, courageous and ingenious legal minds both are conceiving bases upon which to litigate the many legal and cultural implications of the voice. The voice, or a member of it, is almost certain to argue in the courts that a member of the executive government, in executing a parliamentary enactment of a representation of the voice, took into account an irrelevant consideration, or failed to take into account a relevant one, or made a decision that no reasonable person could make, shifting indicia relied upon in almost every challenge brought to the actions of government. One example might suffice.

Take the live cattle ban case. Whether the 2011 ban effected by then agriculture minister Joe Ludwig was a good or a bad decision is a highly debatable as a political affair. It was, in my view, peculiarly a matter for governmental decision requiring the balancing of many important political, diplomatic, and social considerations, including animal welfare, international relations, the Australian economy, the economy of other nations, the reliability of Australian supply chains and assured access to protein by our important neighbour Indonesia.

In holding that the ban was unlawful and actionable (misfeasance in public office), the Federal Court microscopically examined the events, activities and legal advice sought or not sought in the minister’s office.

In the real world, that case can be seen as a transfer of executive decision-making of a high and sensitive kind to unelected judges. Never underestimate the reach of administrative law, its progeny and its cousins.

A voice in any form, in my view, will give rise to many arguments and division, legal and otherwise.

If the body is to be an elected body, how is the franchise for it to be determined, regionally (as so far suggested), linguistically perhaps, or some other way? Will voter registration be compulsory? Will voting itself be compulsory? Will an expended Electoral Commission oversee elections to the voice? Will the High Court or some other court be a Court of Disputed Returns? Will the voice need not only its own extensive premises in Canberra and in many other places but also its own executive and other staff to assist it? Will it have a cabinet? Is there not a real chance that it will be infiltrated by the established political parties and become more an instrument of a predominant political party in the same way as Sir Alfred Deakin predicted the progression of the Senate as a “state house” to a battleground for centralised political parties with scant regard for the states the senators nominally represent?

What is proposed seems, whether constitutionally entrenched or not, is in substance a kind of a separate parliament.

The hallmark of a parliament is its capacity to raise taxes and, one hopes, to expend them wisely. If the parliament does not do that, then the paying public gets its opportunity to express its disapproval at the next election.

There is no suggestion that the voice will be self-funding. It will have no direct accountability to its financiers, the taxpayers. The voice can be seen as powerful, costly and ultimately unaccountable to its financiers.

It is, I think, arguable that the members of the voice, and all those who may be employed in carrying out its functions, of which I think there will be many, funded as they will be by the commonwealth, may be “officers” of the commonwealth within the meaning of s 75(v) of the Constitution. That section enables certain aggrieved peoples to apply to the High Court for constitutional writs against such “officers”.

There is little clarity about what is proposed. Sir Isaac Isaacs and other justices in the majority in the Engineers Case in 1920 said the High Court thenceforth should interpret commonwealth legislation in such a way as to give it plenitude, an irresistible endowment to the commonwealth to go high, wide and far, as it will be pressured by the voice to do.

For the avoidance of any doubt, I restate my great respect and earnest hopes for the First Peoples’ welfare, improvement in life and full and undiscriminating involvement in Australian society in every respect. I write not only as an Australian, a former judge and a former patron of a charity for the support of troubled First Peoples’ youth, but also as a person who has had occasion to see in situ some sad circumstances of some First Peoples’ communities in or near Darwin, Ranger, Mornington Island, Thursday Island, Lockhart River, Alice Springs and Cherbourg.

Like senator Jacinta Nampijinpa Price and many other Australians, including many, many lawyers of goodwill, I do not think the voice is the way.