Friday​ brought publication of the latest personal consumption expenditure, or​ PCE, inflation data for the U.S. Compiled as part of the accounting for gross domestic product, this is the Federal Reserve’s favored measure of inflation, so it matters. The PCE deflator differs from consumer price inflation in that it is based on what people buy, rather than on the prices at which companies sell. As consumers will try to adapt to avoid paying excessive prices for goods that have just seen inflation, this means that it also tends to be lower than CPI. The PCE data take longer to produce and so come with a greater lag. Last week’s numbers were for August, not September.

On the face of it, the numbers were pretty terrifying. This is what has happened to the headline PCE deflator over the last 30 years. On an annual basis, the increase is the highest in 30 years. Even on a monthly basis, the August rise was on a scale only seen in a couple of months since the blip caused by the 9/11 terrorist attacks 20 years ago:

When I tweeted a version of this chart on Friday, it provoked someone to send me the image below. This shows the trimmed mean for the PCE, which I covered in Points of Return last week, as produced by the Dallas Fed. I don’t know exactly who produced this chart, but it accurately conveys the data. It shows the monthly figure dipping slightly, while still being at an annualized rate of almost 3%, while the main annual index is almost exactly 2%. By trimming off the biggest moves in either direction, therefore, it appears we have shown that the underlying rate of inflation, on the Fed’s favorite measure, is nothing to worry about: 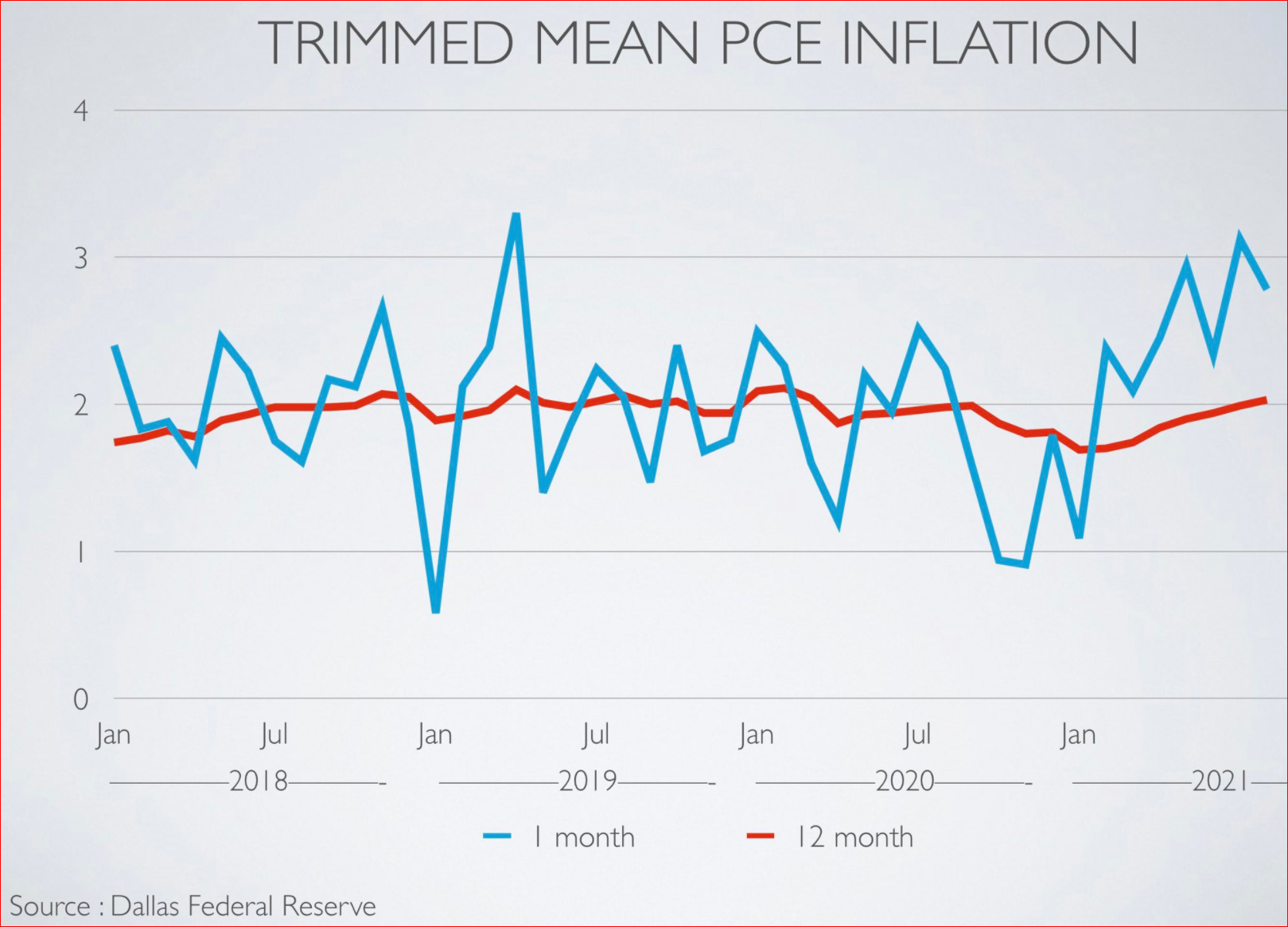 I had sent out my tweet before the trimmed mean data became available. So I took a look on the terminal. As with many things, if you change your frame of reference, the same data can go from reassuring to very scary. Rather than starting in 2018, this chart starts in 1991, 30 years ago. And I have mapped the one-year inflation rate against the annualized six-month numbers. These tend to move together over time, as you might expect. They are currently deviating by the greatest amount on record, and the six-month measure is the highest since the GFC. The current 12-month rate, which is just above 2%, is right at the top of its range for the post-crisis period, although it hasn’t broken out of it.​

Trimming the mean renders this a less scary chart, unquestionably. But looking over 30 years rather than three, and including the six-month measure, we can also see that the questions of whether inflation is increasing, and whether it really will prove to be transitory remain​ open:​ I’d like to make one other point, on base effects. The argument that inflation was “transitory” rested at one time on the (reasonable) argument that it dropped dramatically during the pandemic shutdown, and 12-month figures were bound to look bad a year later. The problem is that these base effects have now almost passed from the equation.​

The simplest way to deal with this, advocated by many who argued that people concerned by inflationary pressure (like me) were “fearmongering,”​ is to look at two-year rather than one-year inflation. The following chart shows 24-month PCE data going back 30 years: 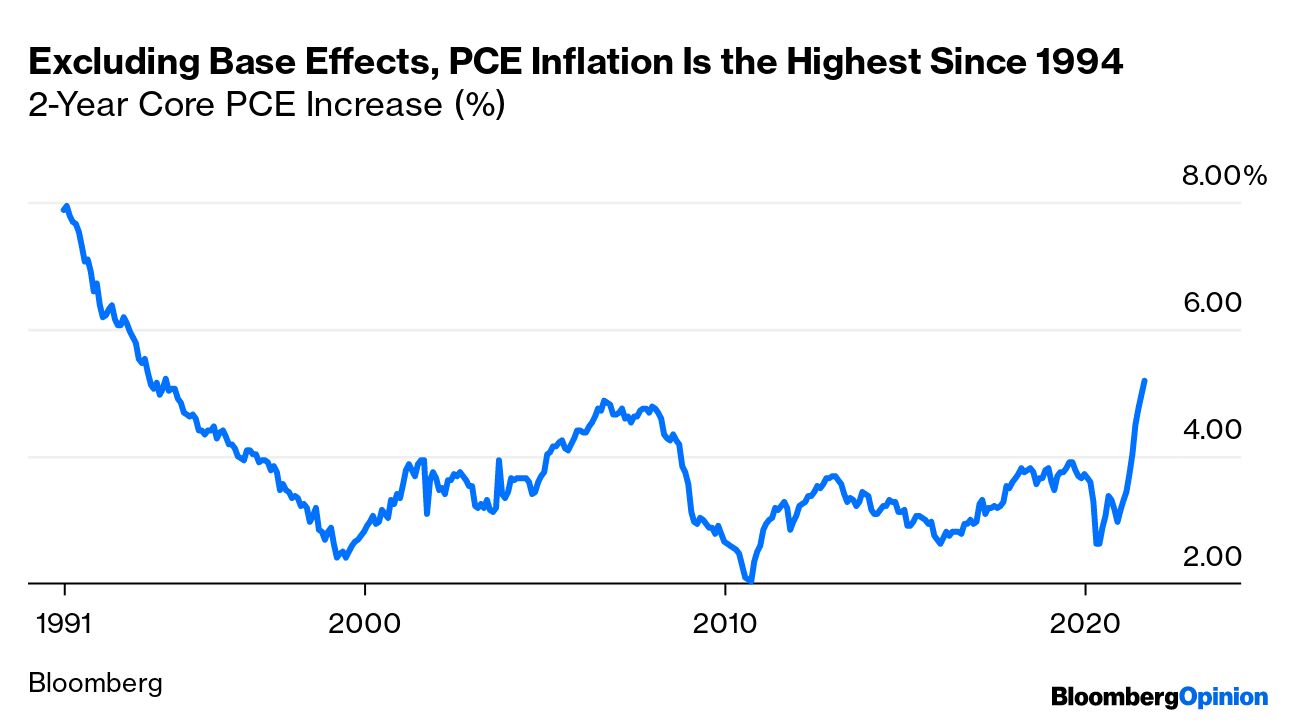 Even accounting for base effects, the PCE suggests that inflation is currently running as hot as it has done since 1994 (which happened to be a year when bond yields rose after the Fed felt the need to tighten). As you can see from the very high level this measure hit in the early 1990s, it’s very premature to suggest that this is anything like a return to 1970s-style inflation. It remains perfectly possible that this will prove ultimately to be a transitory phenomenon. But it’s more than a brief reaction to base effects. The fact that different people of goodwill can make the same data look more or less scary shows that the situation is still ambiguous. But if anyone thinks the latest PCE data showed that we needn’t be worried by a potential return to inflation, I think they’re wrong.