Inside the Lucky Dumpling Market on the Moon Lantern Trail, Janet Leung wanted to put up some umbrellas.

The Hong Kong stall at Australia’s largest Asian festival in Adelaide was not expecting rain when its performances kicked off last week.

Its team of five had planned an interactive workshop that would take spectators through Hong Kong’s food and cultural scene, then through a century of transformation from a fishing village to an international financial hub.

“And lastly, we told them we will have a yellow umbrella as decoration because it has always been our signature,” said Leung.

That’s when the trouble started.

The organisers of the OzAsia Festival, which is sponsored by the Hong Kong government’s economic and cultural office in Sydney and the Australian Department of Infrastructure and Communications, suspected these weren’t ordinary umbrellas.

“With regards to the yellow umbrellas, we found this online,” said one festival official in an email that linked to the Wikipedia page of the 2014 Hong Kong pro-democracy umbrella movement.

“Unfortunately, we are unable to approve the use of the yellow umbrellas as props or decor.”

The Hong Kong group, which had been rehearsing for months, reluctantly agreed to remove the umbrellas. It just wanted the chance to perform. Then they were told that unfortunately, the festival could not supply them with audio equipment. Undeterred, the performers said they would bring their own.

On September 29, the festival said all the workshops scheduled to take place in the Lucky Dumpling Market had been cancelled due to COVID restrictions (South Australia recorded 0 cases that day).

But when Leung picked up a pamphlet for the festival two weeks later she found there was space for performances from other groups, including at least five from mainland Chinese associations.

An OzAsia spokeswoman said the performances or workshops from other groups had already been scheduled in the initial planning.

“There were no available slots to reschedule the Hong Kong Cultural Association of South Australia,” she said.

One official said to Leung if the “Chinese group or other people are not happy with your yellow umbrella display, we will be in trouble”.

Leung said the group “just wanted to be part of the community”.

“We live in Australia, which is a democratic and free country, and we have freedom of speech and freedom of expression. This was a cultural event, not political propaganda. We worry about political censorship, and also we worry about foreign interference. We really want to get an answer.”

The group has written to Communications Minister Paul Fletcher whose department sponsors a section of the festival seeking just that. He has yet to respond. The Department of Foreign Affairs was contacted for comment.

OzAsia said the workshop was cancelled because they needed more staff for extra COVID cleaning measures. A spokeswoman said that the Moon Lantern Trail and Lucky Dumpling Market were inclusive community and family events, “and as such, activities with political or religious content are not scheduled”.

The initial incident, first reported by SBS Cantonese and independently verified by The Sydney Morning Herald and The Age, is not an isolated one. Another Hong Kong market stall selling crafts at Brisbane Riverside Markets has been moved away from the main thoroughfare after almost 10 months.

Peter Hackworth, who runs some of Brisbane’s most popular markets, said the stall was moved because of space constraints. “As we are short on space at Riverside in the Garden Market, we do not take political or charities in the main area of the market,” she said.

But the organisers of the Brisbane stall, which sells trinkets and T-shirts, have a different version of events.

“Pro-Beijing people were coming to our stall, shouting and arguing with us and then complaining to the organiser of the market,” said Hong Kong stall host Jacob, who asked to be referred to only by his first name because of concerns for the safety of his family in Hong Kong.

'The end of the Hong Kong the world knew'

Jacob and others associated with the stalls are so concerned about the national security laws imposed by Beijing on Hong Kong that they are afraid to speak on the record about umbrellas being displayed in Adelaide or T-shirts being sold in Brisbane.

The national security laws are extraterritorial, which means they apply to any activity around the world that could be interpreted as dissent. They are so broad that the Adelaide umbrellas could be seen as a threat to the Chinese state, putting the families of those involved in the stalls in danger.

The market incidents are minor compared to the censorship and political purges under way in Hong Kong but the impact on freedom of expression almost 6000 kilometres away in Australia shows how insidious the laws have become.

In Hong Kong, civil society is reeling from the withdrawal of human rights group Amnesty International from the territory over staff safety fears. A dozen unions and civil rights groups have disbanded after the laws were implemented to end to more than 18 months of protest in the former British colony.

Anjhula Mya Singh Bais, chair of Amnesty’s International Board, said the decision to shut down its operations in Hong Kong had been “driven by Hong Kong’s national security law”.

“The recent targeting of local human rights and trade union groups signals an intensification of the authorities’ campaign to rid the city of all dissenting voices,” she said. “It is increasingly difficult for us to keep operating in such an unstable environment.” 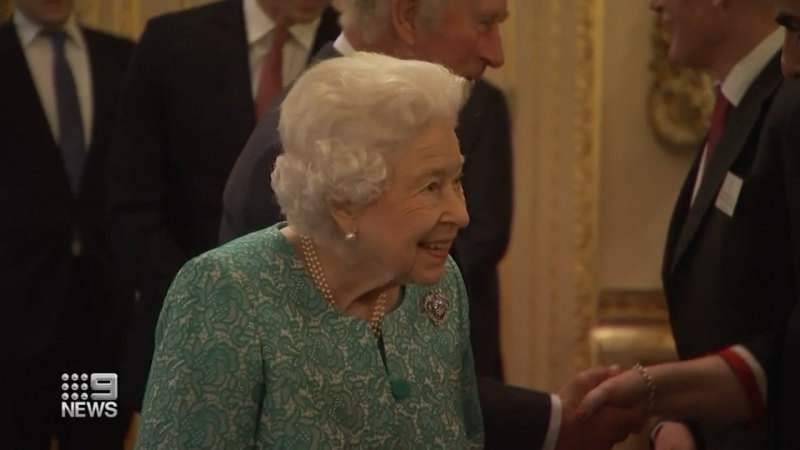 Controversial national security laws for Hong Kong have been passed by China with Beijing saying it will create stability, whilst critics say it will undermine the city's civil and political freedoms.

Even shutting down is now seen as an act of defiance. Pro-Beijing lawmaker Holden Chow Ho-ding accused Amnesty of “smearing the national security law” by daring to leave the city.

Hong Kong’s Chief Executive Carrie Lam said no organisation should be worried about their “legitimate operations in Hong Kong”.

“[But] if there are individuals and organisations that have been using Hong Kong to spread news or engage in activities [that] are undermining national security, then, of course, they would need to be worried.”