MATTHEW POTTINGER FOR PRESIDENT! WHAT A HERO!

For years we have been shouting that we must take the fight to the Chinese Dictatorship by inciting the people in the Chinese Empire...to rebel and break it up! Finally, someone from the Trump Administration is pushing to put our ideas into practice!

The escalating row between Washington and Beijing over blame for the coronavirus pandemic is fast becoming a battle over the Chinese Communist party’s legitimacy, raising the stakes in an already fraught relationship.
In castigating Beijing for its failure to contain the outbreak, senior Trump administration officials have gone out of their way to portray the crisis as a deadly illustration of the threat that Communist party rule poses the Chinese people – and the world beyond. 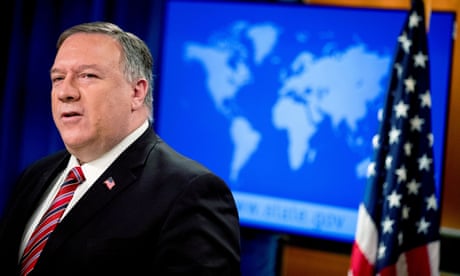 Read more
In a speech delivered on Monday morning in fluent Mandarin, the deputy national security adviser, Matthew Pottinger, warned Beijing that its efforts to suppress internal criticism were doomed to backfire.
“When small acts of bravery are stamped out by governments, big acts of bravery follow,” Pottinger said in the remarks delivered by video to a University of Virginia webinar, to commemorate China’s May the Fourth movement, a student-led populist uprising in the wake of the first world war.
Advertisement
Pottinger asked “whether Chinatoday would benefit from a little less nationalism and a little more populism.”
“Democratic populism is less about left versus right than top versus bottom. It’s about reminding a few that they need the consent of many to govern. When a privileged few grow too remote and self-interested, populism is what pulls them back or pitches them overboard,” he added.
“To me it’s the most remarkable speech we’ve ever seen from anyone in the Trump administration,” said Bonnie Glaser, director of the China power project at the Center for Strategic and International Studies.
“If you’re a member of the Chinese Communist party, you might read [the invocation of the May the Fourth movement] as encouraging people to challenge some of the existing parts of your political system. It didn’t quite say overthrow your leaders, but it certainly encouraged the rise of the masses, shall we say.”

Read more
There are signs that Beijing’s rulers see in the pandemic, and the US-led response to it, a direct challenge to the party’s hold on power. An internal report produced by the ministry of state security, cited by Reuters on Monday, warned that China should be prepared for a worst-case scenario of armed confrontation.
There are two potential flashpoints where the two nuclear powers face off. One is in the South China Sea, where the US navy conducts freedom of navigation patrols – most recently with a destroyer last week – to challenge China’s territorial claims to the chains of islands and reefs.
At the height of the pandemic, China has also become far more aggressive in testing the air and sea defences of Taiwan. The US maintains a policy of “strategic ambiguity” over whether it would come to Taiwan’s defence, but the Trump administration is under internal and external pressure to toughen that stance.
Both Washington and Beijing have been careful not to push military brinksmanship too far, and Donald Trump’s own affinity and admiration for Xi Jinping has been a counterweight to China hawks in his administration, like Pottinger (a former Beijing-based journalist who reportedly led a push for US officials to insist on the term “Wuhan virus”) and the US secretary of state, Mike Pompeo.
But as Trump approaches November’s election with his own delayed and chaotic response to the pandemic under scrutiny, that moderating influence looks likely to wane.
Pompeo has so far led the charge against China, issuing an inflammatory tweet on Sunday, declaring: “China has a history of infecting the world and they have a history of running substandard laboratories.”
Pompeo claimed there was “enormous evidence” that the Sars-CoV-2 virus originated in a Wuhan laboratory. The evidence has not been presented, and most experts say the disease most likely evolved from interaction between animals and humans.
There is little doubt that the suppression by party authorities of early warnings from Wuhan about the danger and the delay in Beijing’s response meant an opportunity to contain the outbreak was lost. China’s refusal to share samples and to cooperate with World Health Organization investigators has contributed to international distrust. 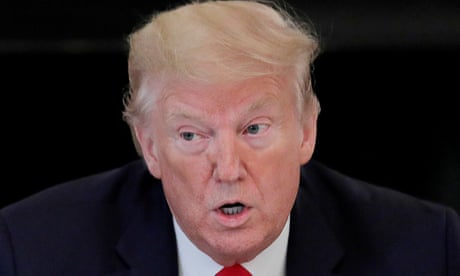 US intelligence agencies under pressure to link coronavirus to Chinese labs

Read more
A US department of homeland security intelligence assessment, quoted by the Associated Press, alleged that the Chinese government had played down the danger of the virus so that it could build up its own stockpile of medical supplies. Beijing has denied withholding any information, but such reports are likely to fuel the anti-China backlash around the world.
The Trump administration’s campaign against China in the coming months will be both economic and diplomatic. The president has said he is contemplating punitive measures, reportedly exploring whether the US might sue China or cancel some of its debt to China as reparations.
US officials are meanwhile developing a plan to switch production and supply chains used by US companies out of China, providing incentives to move to friendly nations, in an “economic prosperity network”, which ironically resembles the Trans-Pacific Partnership that Trump withdrew the US from in the first months of his presidency.
On the diplomatic front, as well as focusing global attention on Chinese culpability, the US is pushing to upgrade Taiwan’s status on the world stage, beginning with a campaign to have the Taipei government invited to the World Health Assembly (the governing body of the WHO) later this month. That is anathema to Beijing, which depicts Taiwan as a renegade province.
“There’s more of a worry at the top in Beijing that what the party has been paranoid about for a really long time is now coming to pass, which is that the US and other nations don’t want the party to rule China,” said Isaac Stone Fish, a senior fellow at the Asia Society’s Center on US-China Relations.
Stone Fish said that the cold war-era policy of pushing for a peaceful evolution away from Communist party rule was now “coming back into fashion”.
“There is a growing awareness in DC that the Chinese Communist party doesn’t serve America’s interest, that it doesn’t serve the interests of many people in China, and there’s growing debate about what the US should do about that,” he said.
Much will depend now on how seriously Xi takes that challenge and how he responds. Glaser said there has been evidence that Beijing is seeking to tamp down militaristic nationalism focused on the reconquest of Taiwan. But Fish argues that calculus could change as the pressure increases.
“If Xi Jinping or other members of the party feel like they’re facing existential threat in terms of legitimacy domestically, going to war with Taiwan could be a very sound strategy for them, in ways that would have a lot of awful impacts globally.”
Written by Joseph Belbruno