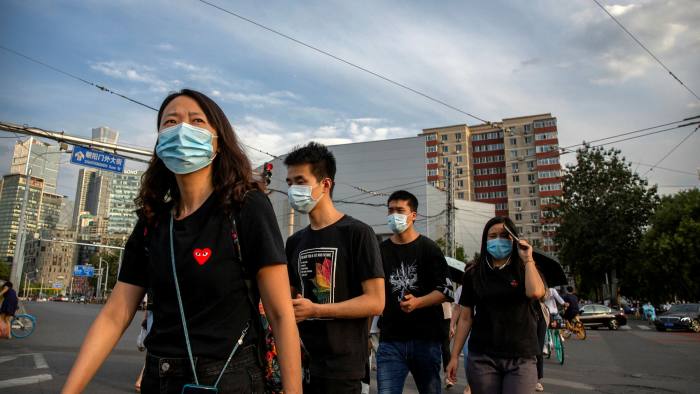 China’s efforts to curb predatory lending to the country’s small and medium-sized enterprises could harm the sector rather than helping it by cutting off access to crucial finance, analysts have warned.
Multiple shadow banking lenders have told the Financial Times they would stop servicing medium to high-risk borrowers after the Supreme Court announced a plan last month to “significantly” cut the interest rate shadow banks could charge.
The figure could fall to as low as 15 per cent a year from 24 per cent, affecting nearly Rmb7tn ($1tn) in outstanding loans, according to people involved in developing the rules.
Beijing hopes the move will prevent SMEs, which are a significant employer, from falling victim to exorbitant interest rates. But analysts warned the rules would make underground loans, a lifeline for many small business with little access to traditional bank lending, harder to obtain.
“Interest rate control ends up hurting the very group of borrowers it intends to protect as they are priced out of the market,” said Zhang Min’an, a law professor at Sun Yat-sen University in Guangzhou.
China’s small companies traditionally use private lenders, ranging from unregulated loan sharks to officially registered microfinance companies.
The needs of SMEs have grown markedly in recent months as business owners struggle to pay suppliers and workers following the pandemic-driven economic slowdown.
A survey in February of 2,069 small businesses by Zhenghe Island Research Institute, a think-tank, found more than a fifth of respondents took private loans after the virus broke out.
The borrowing binge, however, came with high interest rates. Private lenders in four provinces said they charged an annual rate ranging from 18 to 40 per cent, compared with the benchmark one-year bank lending rate of 3.85 per cent.
This led to an increase in defaults and a surge in lawsuits from creditors. In Shenzhen, the Futian District People’s Court has said it was struggling to deal with a “huge” number of cases as private loan defaults hit 21,000 in the first five months of this year. The total number of such defaults in the whole of 2019 was 33,590.

Beijing asked the nation’s judicial system to address the problem. Zheng Xuelin, a judge on the Supreme Court, has described informal lending as a “necessary complement to the formal financial system” and said lower interest rates that were legally protected would provide “the most effective solution”.
But private lenders are not convinced, as the interest rate control would make their business models unviable. Wang Lihong, general manager of a Shenzhen-based microfinance company, said he charged a 24 per cent annual interest rate to offset credit risks among his subprime borrowers.
The new rule could reduce Mr Wang’s profit margin to less than 5 per cent or erase it entirely as defaults take off amid the downturn.
“The government wants us to subsidise our clients whom official banks don’t want to work with,” he said. “We would rather suspend our operation than follow the order and suffer a loss.”
Many small companies are also worried that the interest rate cap could make credit harder to secure. Li Linhua, owner of a call centre in Beijing, said a 30-day, Rmb1m private loan that charged a 2 per cent interest rate — equivalent to an annual rate of 24 per cent — rescued his business last month after a delay in client payments triggered a cash crunch.
“This is the only way to keep my company afloat,” said Mr Li.
Written by Joseph Belbruno