US-China tensions feed into the geopolitics of monetary policy
www.ft.com 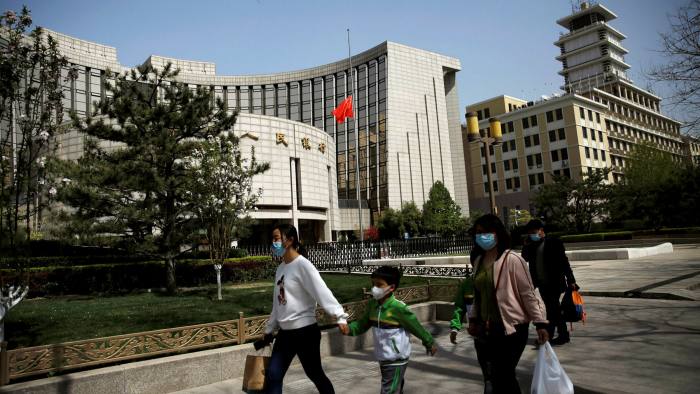 On the face of it, the miserable state of the global economy makes it seem odd that any central bank might be characterised these days as hawkish. And yet that is not a bad description of the People’s Bank of China. There are some nerdy technical reasons for this. Yet there is a bigger picture, too: call it the geopolitics of monetary policy.
As China’s revolutionary leader Mao Zedong put it when discussing guerrilla warfare tactics in the 1930s, “when the enemy advances, we retreat”. In 2020, it seems increasingly clear that as the Federal Reserve advances, the PBoC retreats.
To be sure, China’s central bank loosened monetary policy in a fairly decisive way when the country’s economy first slumped under the burden of lockdown. Market rates fell sharply and the pace of credit growth accelerated. To that extent, it followed a common playbook.
But not for long. By May, market rates were already starting to pick up, with the 10-year sovereign bond yield rising close to pre-coronavirus levels. This reflected the demeanour of officials, who were vocal in their discomfort with loose monetary policy.
At the annual Lujiazui policy forum in Shanghai in June, Guo Shuqing, China’s most senior monetary official, unequivocally ruled out any chance that the Chinese central bank might resort to the tools deployed by some of its western counterparts: negative interest rates, monetisation of the budget deficit, or a big expansion of the central bank’s balance sheet. Chinese policymakers eschew what Beijing calls “flood irrigation” stimulus.
But China’s economy is hardly out of the woods. One might think that the incentives to pump-prime it are strong, as the Communist party approaches its centennial celebrations next year.
The geeky explanation for the conservatism is mostly related to China’s perpetual struggle with risks created by the propensity for financial engineering among participants in the country’s markets.
Springtime monetary loosening allowed shadow financing — lending done outside of the banking system — to blossom, and for the first time since 2018, there was a growth of high-risk lending products that make Chinese regulators nervous, such as entrusted loans, trust loans and bankers’ acceptances.
So, the tighter monetary policy since then can largely be seen as an effort to restrict this kind of activity, particularly in view of the anxiety created by the surging stock market.
But the elephant in the room is the deteriorating US-China relationship. The politically hostile global environment in which China finds itself makes monetary conservatism a strategic necessity.
China lacks a global currency and is a possible target of financial sanctions. With this in mind, Beijing has a strong incentive to maintain big economic buffers.
Russia has plenty of experience with this approach to defensive policymaking, and has been pretty successful at it; its foreign reserves now amount to 35 per cent of gross domestic product. 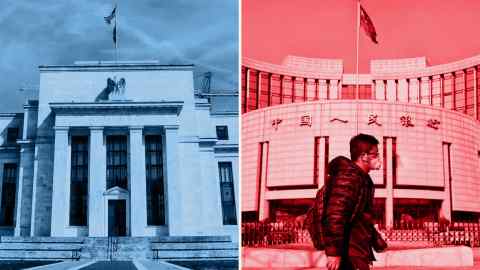 ​For China, strategic vulnerabilities would grow quickly if it suffered capital flight, or started running a current account deficit. Either outcome might make the economy dependent on external borrowing and require the central bank to run down its foreign exchange reserves.
In the first few months of 2020, it looked like this kind of vulnerability was showing. China’s current account balance turned negative in the first quarter, for only the fourth time since 2001.
Policymakers in Beijing are unlikely to have been happy about this, especially since the data hint that capital might have been leaving the country.
Net expenditure on foreign tourism during that quarter was only 25 per cent lower than the quarterly average in 2019, which seems odd for a period characterised by almost total lockdown.
There has long been a suspicion among analysts that “tourism” has been used as a cloak to hide unrecorded capital outflows, and the case for thinking so is as strong now as ever.
So, the tightening of monetary policy in recent months can be understood as a way of shoring up financial stability and bolstering China’s defences. Higher interest rates give Chinese companies and households fewer reasons to consider abandoning the renminbi.
Beijing’s need to be wary of the currency comes largely from the fact that there is already a lot of it about: China’s stock of M2 — a broad measure of the money supply — amounts to $30tn. And since China’s foreign reserves are only $3tn, the monetary system is a source of strategic vulnerability.
There is another consideration.
If extremely loose monetary policy at the Fed creates the risk that the US is debasing its currency, China might be crossing its fingers that such a debasement might lead to bad outcomes for the US economy. That by itself might give Beijing a reason to keep its policies cautious and to keep its powder dry.
The writer is head of emerging market economics at Citigroup
Written by Joseph Belbruno