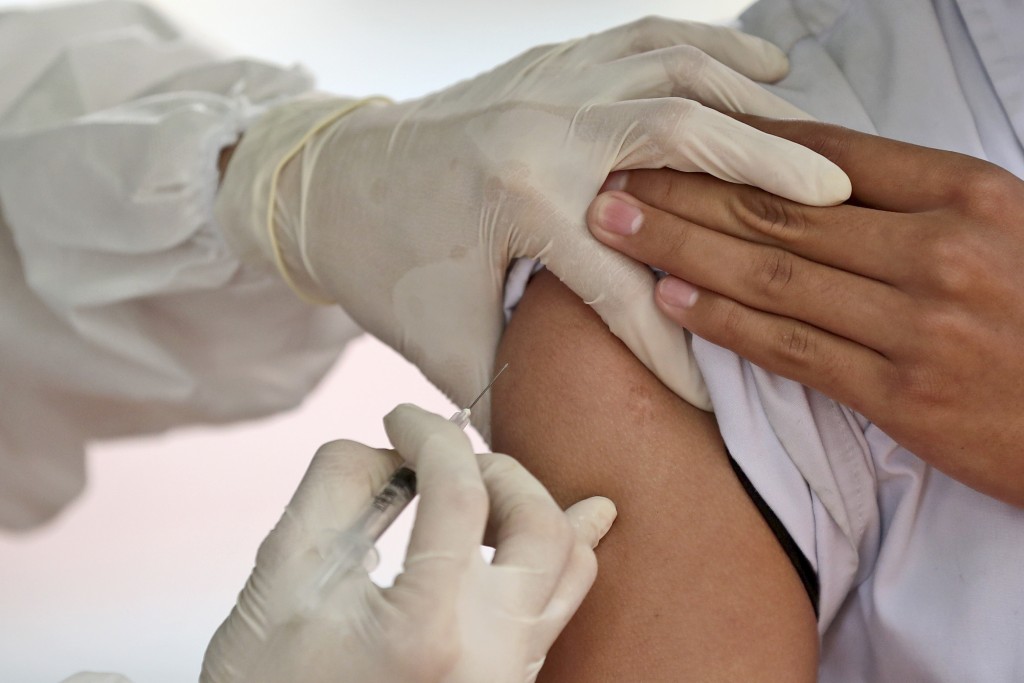 A medical worker gives a shot of the Sinovac COVID-19 vaccine in Indonesia. (AP photo)

During the first six months of 2021, while the U.S. and Europe were struggling to secure enough vaccines for their populations, thousands of miles away, China seemed to successfully control the virus. Also, it appeared to be the only source of vaccines for developing countries, especially in Southeast Asia.

Many millions of China-made vaccines have been sent to countries in Southeast Asia. The Philippines, Indonesia, and Cambodia received most China-made vaccines in the region, both purchased and donated. On Jan. 13, Indonesian President Joko Widodo got his first Sinovac vaccine shot, publicly on TV, to start a mass COVID-19 vaccine campaign across the country.

Just a few months later, Indonesia is deep in chaos. The number of COVID cases is increasing rapidly. Experts around the world warn the situation in Indonesia could become worse than what happened in India, if the Indonesian government doesn't act immediately.

Other Southeast Asia countries such as Thailand, Cambodia, and Malaysia, have been in the same situation. The number of new cases reported in those countries is higher every single day. One notable point is that those countries that were so successful in controlling the virus in 2020 all relied on vaccines from China.

However, the increasing number of vaccinated medical staff in Indonesia who have been infected or died of the coronavirus has raised many questions about the efficiency of vaccines from China. According to Reuters, Singapore, Thailand, and Malaysia have to make their decision on vaccines from China.

Singapore will not include people who got Sinovac shots in its vaccinated group. Thailand said people who received the Sinovac shot should receive AstraZeneca as their second shot. Meanwhile, Malaysia will stop using the Sinovac vaccine once its supplies end.

Not far away from those countries, although Vietnam's authorities don’t have any clear statement on the Chinese-made vaccines, the Vietnamese public has sent a strong and clear message to the Chinese government: ”No, thank you.”

In many forums and social media platforms the Vietnamese public doesn’t hesitate to tell the world that they don't trust made-in-China vaccines. It doesn't stop there, the attitude of the Vietnamese people to China on vaccines has changed from distrusting to becoming angry now they know the Chinese communist government decided how the vaccine is used — even though China said the vaccine was a gift to Vietnam.

China's vaccine tactic has failed since the first days. Instead of using the vaccine to help countries in need and fix its relationships with other Southeast Asian countries due to disputes in the South China Sea, China has used its vaccine as a tool to get a political advantage. But, that is not the only reason China's vaccine diplomacy collapsed. The new variants of coronavirus are a test for made-in-China vaccines, and China has failed that test.