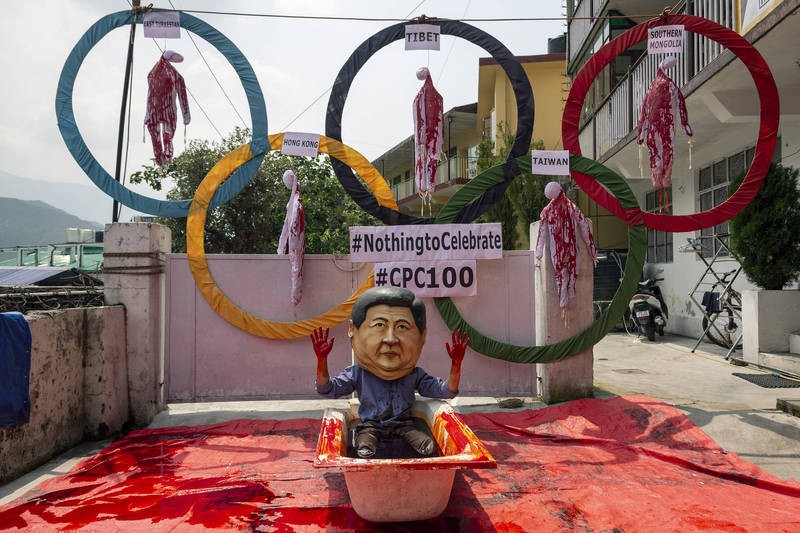 TAIPEI (Taiwan News) — In response to a speech by Chinese Chairman Xi Jinping (習近平) threatening to crush attempts at Taiwan independence, the spokesperson of Taiwan's Presidential Office, Kolas Yotaka, told the Chinese Communist Party (CCP) to pick another birthday gift for itself.

On July 1, Xi delivered an hour-long speech at Beijing's Tiananmen Square to mark the 100th anniversary of the founding of the CCP. In his speech, he emphasized adherence to the "one China" principle" and the "1992 Consensus," the advancement of "complete unification," and the need to "crush any Taiwan independence plot."

At around 9 p.m. that evening, Yotaka posted a tweet observing that the CCP "wants Taiwan for their 100th birthday." She then advised the communist organization to "just pick something else" and to "grow up."

Senator Mitt Romney responded to Xi's speech with a tweet in which he wrote that the CCP has nothing to celebrate over the past 100 years. He listed examples of its human rights abuses, including a genocide in Xinjiang, the execution of dissidents, media censorship, reneged promises of freedom in Hong Kong, and spying on its own citizens.

On his Twitter account, Senator Marco Rubio wrote that "100 years of authoritarian repression is cause for sorrow, not celebration." He then included a video outlining numerous human rights abuses committed on the CCP's watch, including the imprisonment of over 1 million Uyghurs in labor camps, systematic repression of religions, crackdown on political dissent, and violation of its assurances to Hong Kong.

Former Secretary of State Mike Pompeo bluntly stated on his Twitter feed that the 100th year of the CCP's existence marked a "century of killing fields and genocide." He asserted that no political party in history has "killed more people than the CCP."