A hardliner notorious for the demolition of thousands of Christian crosses on churches has been appointed the new head of China’s office in Hong Kong, a sign that Beijing aims to further tighten control over the semi-autonomous city, analysts say.

Xia Baolong, an ally of president Xi Jinping, has been appointed director of the Hong Kong and Macau Affairs Office under the State Council, replacing Zhang Xiaoming, State media reported on Thursday. His appointment came amid a purge of officials in Hubei, the province wracked by the coronavirus outbreak.

Zhang has become the most senior Beijing-appointed official to lose his job in the wake of months of anti-government protests in Hong Kong. The city has been roiled by more than seven months of protests over an extradition bill that would have allowed suspects to be sent to mainland China for trial. 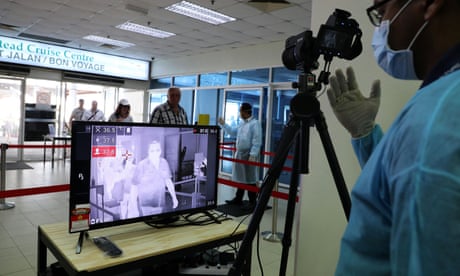 Xia was Xi’s deputy when he was the Communist party’s secretary of the affluent province of Zhejiang from 2003 to 2007. Xia was known for his hardline ideology in a 2014 campaign to tear down thousands of crosses and many underground churches in the province while he later took charge of Zhejiang as its party secretary – a post he held until 2017. He became a vice chairman and secretary general of the Chinese People’s Political Consultative Conference in 2018.
Analysts say Xia’s appointment is a signal that China wants to tighten its control over Hong Kong and further curb its civil society.
Willy Lam, adjunct professor at Chinese University of Hong Kong, said Xia’s appointment is “bad news for Hong Kong”. “It signals that China will bring Hong Kong under closer scrutiny and tighten control over all aspects of the city,” he said.
Professor Ying Fuk Tsang, the director of the divinity school at the Chinese University of Hong Kong, said the appointment of a close ally of Xi who had consistently shown his eagerness to carry out his orders meant he might also intensify ideological control in Hong Kong.
“He has a track record as a hardliner. If the central authorities want a crackdown, he would not spare any efforts,” he said. “This would definitely have an impact on Hong Kong’s civil society.”
China has already indicated its desire to bring Hong Kong under tighter control after a key Communist party meeting, the Fourth Plenum, in November last year. A party statement said national interest should take priority over the “two systems” policy that has allowed Hong Kong extensive autonomy since the handover from British colonial rule, and warned that it would not tolerate “any actions that split the country”.
It also called for Hong Kong to perfect its legal system to “safeguard national security”, “strengthen law enforcement power”, and increase “patriotic education” of young people and civil servants.
Written by Joseph Belbruno