Coronavirus: why we could all be in a world of trouble

Amid much uncertainty about the spread and lethality of COVID-19, national security planners everywhere will be applying tough-minded geopolitical analysis to anticipate what worst-case scenarios for the virus may mean for the global strategic balance.
Political elites may hope for the best but their security advisers plan for the worst — and the worst, for this virus, is very bad. Here are some assumptions that hopefully will be proven wrong but that, on current evidence, no one can ­afford to dismiss.
First, despite brutally stringent measures in China, the global spread of COVID-19 has not been contained. As of Friday, 85 countries and territories have reported cases of infection. There will be dozens of other countries, including many in Australia’s nearer region, where the virus may be present but has yet to be identified or reported.

Second, it seems clear that COVID-19 is passing by human-to-human contact that is no longer traceable back to Wuhan. China was the start of the story but not the end. The virus will spread from many other locations in a world where every spot is reachable from every other part of the world in about 24 hours.
Third, the World Health Organisation has reported a case mortality rate of 3.4 per cent. This is much worse than seasonal flu and no one has immunity. The rate may come down as we learn more about the numbers of mild cases that didn’t require medical treatment, but we will know this for sure only after the virus has had its global effect.
Fourth, a tested and proven vaccine is 12 to 18 months away from being available and months more will be needed to manufacture and distribute globally significant amounts.
READ MORE:Forget the UN, we need to do what’s best for ourselves|Virus panic a test of how much we are damaged|Nowhere to hide from the spread of panic
Last, social isolation protects people only for as long as they remain isolated. Physical separation is at best a temporary measure and will break down en masse long before the virus has worked through the world’s population.
If these five statements are true then it is likely we are seeing only the beginning of a profound COVID-19 crisis that will be with us for months, kill hundreds of thousands of people globally, break the economic, travel, IT and social intermeshing of the world for a time at least, and profoundly strike at the stability of entrenched political systems.
So, what does a sustained outbreak of COVID-19 mean for China and for the stability of President Xi Jinping’s regime? There are possibly two somewhat contradictory outcomes: in the short term, Xi strengthens his power — but only at the longer-term cost of undermining the Chinese Communist Party’s effectiveness.
The shape of China’s response to the virus is already well known. Early January reports of the virus were suppressed and false assurances were given that the situation was under control. Xi appeared disengaged, leaving management of the issue to his subordinate, Premier Li Keqiang. Xi became more publicly engaged in leading a response only last month, by which time the scale of the outbreak was such that the President could not afford to remain personally distant from it. 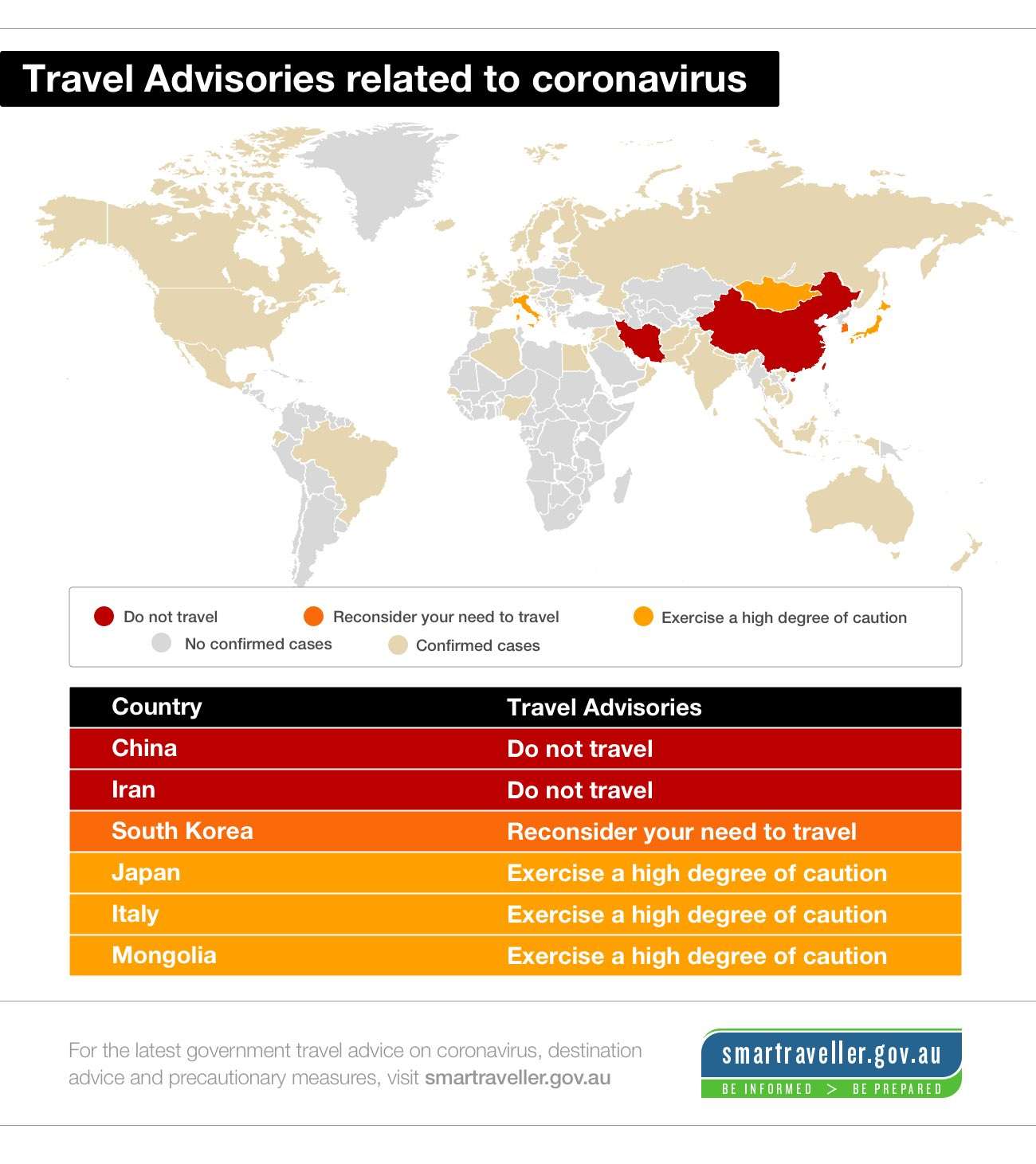 Only a deeply authoritarian system such as China’s under the Communist Party could mobilise such a sweeping response to the virus. Current reporting has it that about 760 million Chinese are subject to home lockdowns, enforced by hundreds of thousands of party members and the biggest People’s Liberation Army mobilisation since the deadly Sichuan earthquake in 2008.
For all its harshness, the Chinese response has worked quite ­effectively to slow the domestic spread of the virus, but this has been bought at the price of closing down the economy and of potentially exposing hundreds of thousands of party and PLA cadre to the virus.
Sooner rather than later, Xi must find a way to get people back to work in a country where people will be feeling the effects of substantial economic slowdown and where the virus still will be active. Doing that too early without ­provoking a second outbreak looks hard.
Crucially, the virus became too big a problem for the Communist Party leadership to simply blame on local maladministration. An enormous propaganda effort has been spent in the Chinese state media presenting Xi as the rather premature hero of the “people’s war” against the virus.
COVID-19 has sparked social media-driven nationwide unhappiness with the Communist Party’s handling of the crisis. This is new territory for Xi, who has painted himself as being a leader close to the people.
None of this is to suggest that Xi’s leadership is under immediate threat. The party retains immense power to repress all opposition. Nevertheless, COVID-19 may well end the high point of Xi’s personal authority and Chinese Communist Party central control.
Turning to the US, as the virus carves its way through California’s nursing homes, it is clear that President Donald Trump failed to think his way through how the ­administration should gear up for the crisis. Apart from an obvious underinvestment in developing working virus test kits, the administration’s early response exposed the reality of what a drained swamp looks like in Washington.
In 2018, the Trump administration began systematically cutting spending and reducing the scope of the Centres for Disease Control and Prevention. National Security Council positions relating to pandemic crisis management were abolished.
Unlike the Australian response, where the Morrison government could reach for orderly and well-rehearsed health crisis management plans, Trump appeared to have little to turn to other than his instinct and Twitter, where, on February 26, he wrongly claimed COVID-19 was receding as a threat in the US and that its fatality rate is lower than the flu.
“View this the same as the flu,” Trump said in New Delhi on February 25. This was at least three to four weeks after a point when Trump should have had a much clearer understanding of the extent of the problem.
In appointing Vice-President Mike Pence to lead a taskforce ­responding to the virus, Trump may have repeated Xi’s mistake of trying to push a difficult role to a subordinate. Inevitably, national crises demand that the leader is seen to take charge.

The virus will possibly have a sustained impact on the presidential election. The US can swing substantial resources into the anti-virus fight, but it will be doing so much further behind in preparation than it should be. It’s also reasonable to assume the rapid growth in numbers of infections and deaths in California will continue for some time.
At the end of last year, Trump was looking well positioned to win a second term. The economy was in rude health, Trump had stared down impeachment and the ­Democrats were endlessly fighting and factionalised.
Fewer than three months later, the President has a substantial self-inflicted wound from an undisciplined approach to a health crisis that will only get worse at precisely the moment in the political cycle when the Democrats’ nominee will be resolved.
COVID-19 may not end Trump’s presidency but it is certainly not going to help him in the run-up to the November election.
What does COVID-19 mean for Australia’s wider Indo-Pacific neighbourhood? I suggest there are three lenses through which one can view the regional impact of the virus: markets, mendicants and military forces.
Among the developed and successfully developing countries of the region exists a network of economic interdependencies and just-in-time supply relationships that undermine any real capacity for sovereign independence.
Thus China locks its factories down and within days Australia faces shortages of medical supplies, building components and consumer products of all types. If South Korean or Singaporean fuel refineries stop operating or bulk tankers (high-risk virus incubators) stop taking to sea, it will only be one to two weeks before Australian bowsers dry up.
Does COVID-19 herald the moment of peak economic interdependence globally? That’s a big judgment call to make, but such are the levels of interdependency built by reliance on global just-in-time supply chains that the developed economies will largely sink or swim together.
We shouldn’t be surprised if the lessons some countries take from this experience is that more sovereign self-reliance in critical areas such as vaccine production, access to medical supplies, food and key areas of defence technology is worth paying a premium for.
Then there are the immense health challenges presented by the Pacific Island states and many lesser developed countries that struggle to maintain the most basic levels of healthcare and have populations with a high level of comorbidity — where people can be suffering more than one medical disorder at the same time.
Further, the potential for social isolation strategies to work is lower, meaning the mortality rate of COVID-19 could well be higher in developing countries.
Think of what that means for Australia’s closest neighbour, Papua New Guinea, with a population of about nine million people, to date no reported COVID-19 cases and more than 10,000 Australians resident in the country.
Australia will not sit by if Port Moresby or other regional friends look to us for help when the reality of COVID-19 becomes clear in their villages and city streets, but our capacity for large-scale response is tiny compared with the potential scale of the problem.
A final thought about military forces. We already know that, because of cramped quarters and airconditioning, ships are dangerous locations for COVID-19 to strike at high “attack rates”. The same could be said for military barracks and headquarters.
As in China, so too will other regional countries be tempted to put ill-prepared and poorly equipped military forces into the front line of responding to COVID-19. Something to watch will be the impact of the virus on the People’s Liberation Army and its ability to ­deploy forces, especially at sea.
COVID-19 will eventually pass and become more controllable with vaccines and developed natural immunity, but not yet and not before it could wreak profound change on those who hold political, economic and military power around the globe. There has never been a more important time for Australians to think about how we protect our strategic interests in this dangerous world.
Peter Jennings is executive director of the Australian Strategic Policy Institute and a former deputy secretary for strategy in the Department of Defence.
Written by Joseph Belbruno