WHY THE WEST MUST DECAPITATE THE EVIL HAN CHINESE DICTATORSHIP

How It All Started: China’s Early Coronavirus Missteps

China’s errors, dating back to the very first patients, were compounded by political leaders who dragged their feet to inform the public of the risks and to take decBy
Jeremy Page,
Wenxin Fan and
Natasha Khan

HOW IT ALL STARTED: EARLY
MIS-STEPS BY CHINA'S
MURDEROUS AND MENDACIOUS
DICTATORSHIP
March 6, 2020 10:36 am ET
WUHAN—It was on Dec. 10 that Wei Guixian, a seafood merchant in this city’s Hua’nan market, first started to feel sick. Thinking she was getting a cold, she walked to a small local clinic to get some treatment and then went back to work.
Eight days later, the 57-year-old was barely conscious in a hospital bed, one of the first suspected cases in a coronavirus epidemic that has paralyzed China and gripped the global economy. The virus has spread around the world and sickened more than 100,000.
For almost three weeks, doctors struggled to connect the dots between Ms. Wei and other early cases, many of them Hua’nan vendors. Patient after patient reported similar symptoms, but many, like her, visited small, poorly resourced clinics and hospitals. Some patients balked at paying for chest scans; others, including Ms. Wei, refused to be transferred to bigger facilities that were better-equipped to identify infectious diseases.
When doctors did finally establish the Hua’nan link in late December, they quarantined Ms. Wei and others like her and raised the alarm to their superiors. But they were prevented by Chinese authorities from alerting their peers, let alone the public.
One of the first doctors to alert Chinese authorities was criticized for “spreading rumors” after sharing with a former medical-school classmate a test result showing a patient had a coronavirus. Another doctor had to write a self-criticism letter saying his warnings “had a negative impact.”
Even after Chinese President Xi Jinping personally ordered officials to control the outbreak on Jan. 7, authorities kept denying it could spread between humans—something doctors had known was happening since late December—and went ahead with a Chinese Lunar New Year banquet involving tens of thousands of families in Wuhan.
China has rejected any criticism of its epidemic response, saying it bought time for the rest of the world. Mr. Xi told 170,000 officials in a teleconference on Feb. 23 that the country’s leadership acted swiftly and cohesively since the beginning.
A Wall Street Journal reconstruction paints a different picture, revealing how a series of early missteps, dating back to the very first patients, were compounded by political leaders who dragged their feet to inform the public of the risks and to take decisive control measures.
Last week, Zhong Nanshan, one of China’s most highly regarded epidemiology experts and the leader of the National Health Commission’s task force on the epidemic, said officials had identified a coronavirus by Dec. 31 and took too long to publicly confirm human-to-human transmission. If action had been taken earlier, in December or even early January, “the number of sick would have been greatly reduced,” he said. 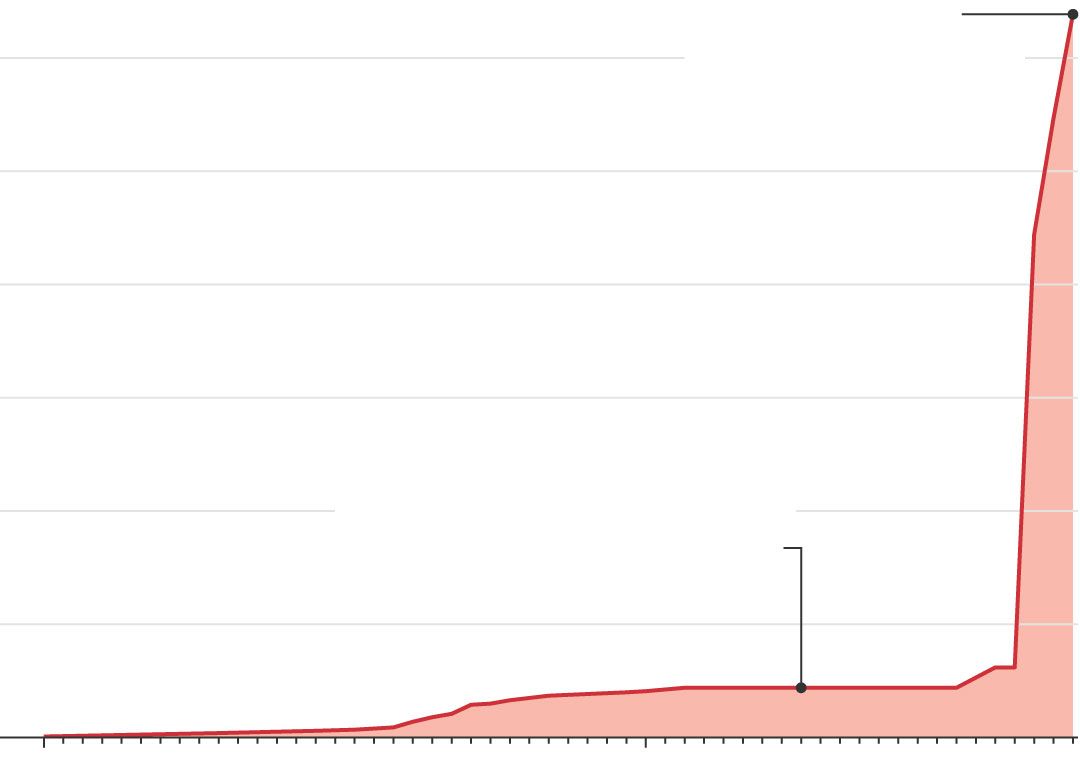 Jan. 23: Wuhan and other areas quarantined
(639 confirmed cases)
600
confirmed cases
500
400
300
200
Jan. 9: Chinese officials announce coronavirus outbreak.
(44 confirmed cases)
100
0
Dec.
Jan.
Although doctors worked hard to identify the disease quickly, they were hobbled by a health-care system that, despite huge improvements in the past 15 years, often leaves working-class people like Ms. Wei with insufficient access to general doctors and with crippling hospital bills.
When doctors did learn enough to sound the alarm, their efforts were stymied as the crisis became enmeshed in politics, both at the local and national level.
It now appears that, based on a speech by Mr. Xi published in a Communist Party magazine in February, he was leading the epidemic response when Wuhan went ahead with New Year celebrations despite the risk of wider infections. He was also leading the response when authorities let some five million people leave Wuhan without screening, and when they waited until Jan. 20 to announce the virus was spreading between humans.
As a result, the virus spread much more widely than it might have by the time Beijing locked down Wuhan and three other cities on Jan. 23, in the biggest quarantine in history. Those and other later measures appear to have slowed the spread within China’s borders, but the global consequences of the early missteps have been severe.
“A lot fewer people would have died” in China had the government acted sooner, said Ms. Wei, in an interview on Feb. 16. She is now fully recovered and back home in the two-bedroom apartment she has barely left for almost two months. Her daughter, infected in mid-January, was still in a field hospital, she said.
China’s government information office, its National Health Commission and local authorities in Wuhan and the surrounding province of Hubei didn’t respond to requests for comment.
Precisely how and when the epidemic began remains a mystery, as does the identity of the first person infected—Patient Zero. The dominant theory is that the virus originated in a bat and jumped to humans via other live, or dead, wild animals, probably sold in the Hua’nan market.
Epidemiologists who have studied the case data say the virus could have first jumped from an animal to a human as early as October or November, and then spread among individuals who either never got noticeably sick or didn’t seek medical care.
What is clear is that by the second week of December, several Hua’nan workers were falling sick with similar symptoms, including fever, coughing, fatigue and aching limbs. Even at that initial stage, there were indications that it was spreading to people with no market exposure—a signal of human-to-human transmission.
Wuhan’s government announced last month that the first confirmed case was a person surnamed Chen who fell sick on Dec. 8 but had fully recovered and been discharged from the hospital. The person denied going to the Hua’nan market, it said.
Wu Wenjuan, a doctor at Wuhan’s Jinyintan Hospital, which specializes in infectious diseases and handled many of the early cases, confirmed in a phone interview that among the earliest cases were four people in the same family, including a 49-year-old Hua’nan market vendor and his father-in-law. The vendor got sick on Dec. 12, while the father-in-law, who had no exposure to the market, fell ill seven days later, according to a study by Chinese disease control researchers.
Ms. Wei, the market vendor who fell sick on Dec. 10, first sought help at a small private clinic across the street from her home.
For two consecutive days, she went there to take antibiotics through an intravenous drip, a treatment popular among Hua’nan workers because it was cheap and relatively quick. “It’s pretty effective for ordinary colds,” she said. “There’s always a line inside.” 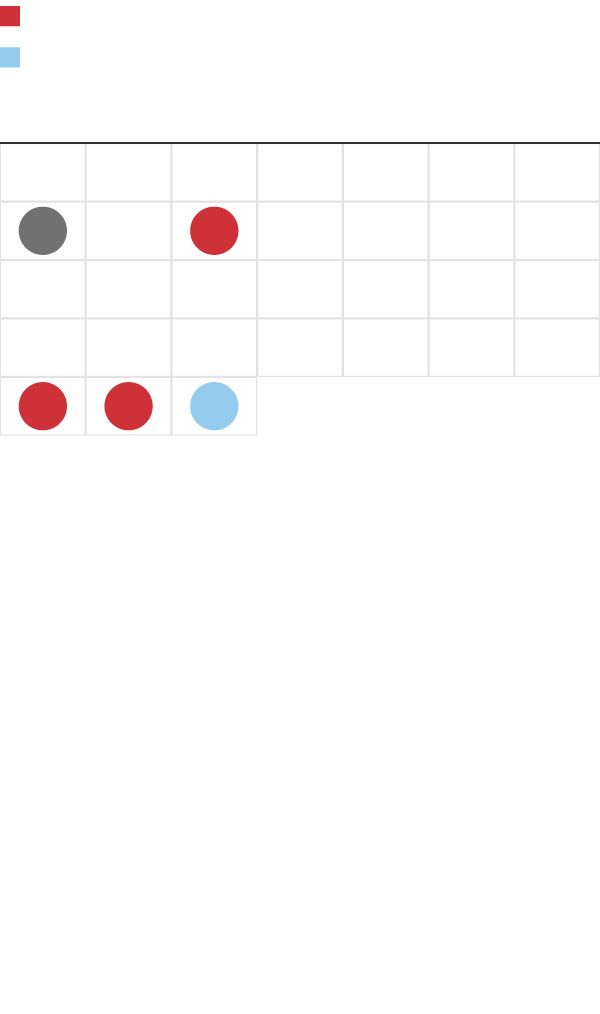 Flawed response to growing evidence
Action taken by officials
DECEMBER
1
2
3
4
5
6
7
8
9
10
11
12
13
14
15
16
17
18
19
20
21
22
23
24
25
26
27
28
29
30
31
Dec. 8: Symptoms onset for first confirmed case, according to Wuhan government
Dec. 10: Wei Guixian falls ill; start of increasing numbers of patients tied to Hua'nan market.
Dec. 29: Growing indications of person-to-person contagion.
Dec. 30: Doctors share concerns of contagion with colleagues, spurring reprimands and censorship.
Dec. 31: Officials announce pneumonia outbreak linked to Hua’nan market and inform WHO.
By Dec. 12, however, her condition didn’t improve. She rushed to the midsize Wuhan Red Cross Hospital, also near the market.
There, she recalls, a middle-aged doctor informed her that her symptoms were compatible with bronchitis. She was sent home with medicine and told not to worry. After that, she went back to the private clinic for more antibiotics. None had any effect.
She took a turn for the worse. On Dec. 16, unable to work and barely able to speak, she showed up at the emergency room of Xiehe Hospital but was sent home, and got a bed in a respiratory ward there only two days later, after one of her daughters helped make an appointment with a specialist.
She recalls seeing her daughters in tears before she lost consciousness. The older one “would touch me every so often, afraid I would pass away,” she said.
When Ms. Wei came around three days later, she was barely able to move, but remembers one doctor surnamed Kong telling her, around Dec. 21, that two other workers from Hua’nan market were at Tongji Hospital, another major one in Wuhan.
“He said your illness is really serious,” she recalled.
By Dec. 21, there were about three dozen people showing similar symptoms who would later be identified as confirmed or suspected coronavirus cases, according to a study released on Feb. 18 from China’s Center for Disease Control and Prevention, or CDC.
At the time, though, doctors had yet to establish the common link between them.
Zhang Jinnong, the head of Xiehe Hospital’s emergency department, said he doesn’t recall treating Ms. Wei, but remembers the first Hua’nan patients coming in between Dec. 10 and 16.

Flawed response to growing evidence
Action taken by officials
DECEMBER
1
2
3
4
5
6
7
8
9
10
11
12
13
14
15
16
17
18
19
20
21
22
23
24
25
26
27
28
29
30
31
JANUARY
1
2
3
4
8
9
10
11
5
6
7
15
16
17
18
12
13
14
22
23
24
25
19
20
21
29
30
31
26
27
28
Jan. 1: Hua'nan market closed.
Jan. 1: A doctor alerts hospital of person-to- person transmission, reprimanded for rumor.
Jan. 1: Wuhan police publicly reprimand eight people for spreading rumors, widely covered on national TV.
Jan. 2: Government-run laboratory identifies coronavirus and maps genome but doesn't publicly announce it.
Jan. 5: Shanghai public health center maps genome, privately urges control measures.
Jan. 6: China’s CDC activates emergency response, not publicly announced.
Jan. 7: President Xi takes charge of response, not publicly disclosed until February.
He said he was relatively unconcerned at first, because there were no signs of the virus spreading between people. “Back then, I wasn’t afraid at all—I was even relaxed,” Dr. Zhang said in a phone interview. “The early stages made us drop our guard.”
Some doctors also didn’t realize at first that they were treating patients from the market, making it less likely they would discern a pattern.
Another local hospital, Wuhan Central, received its first coronavirus case, a 65-year-old man with a fever but no other symptoms, on Dec. 16, although doctors didn’t know it then, said Ai Fen, who runs the emergency department there, in an interview on Feb. 18.
A CT scan revealed infection in both his lungs, but antibiotics and anti-flu drugs wouldn’t shift it. Only after he was transferred to another hospital did staff there learn that he worked at Hua’nan, Dr. Ai said.
It would be another 11 days before doctors started to make the connection between the Hua’nan cases. Dr. Ai was among the first.
On Dec. 27, she received a second patient with similar symptoms, and ordered a laboratory test. By the following day, she had seen seven cases of unexplained pneumonia, four affiliated with the Hua’nan market, including a vendor’s mother.
This could be a contagious disease, she remembers thinking to herself.
She informed the hospital’s leadership on Dec. 29, and it notified the China CDC’s district office, which said it had heard similar reports from elsewhere in Wuhan, according to Dr. Ai.