OBAMA AND THE BITCH MICHELLE ARE UGLY PLUTOCRATS WHO SHOULD BE SHOT EVEN BEFORE DAWN!

The former president fails even to see how his disdain for ‘bitter clingers’ fed voters’ resentment. 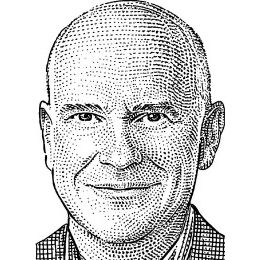 By
Nov. 23, 2020 12:33 pm ET
Listen to this article
5 minutes
This feature is powered by text-to-speech technology. Want to see it on more articles?Give your feedback below or email audiofeedback@wsj.com.

Central to the mainstream media’s morality-tale version of recent American political history is the symbolic juxtaposition of the Obama and Trump presidencies.

It’s a classic story of the core struggle in human history: the tension in man’s soul between good and evil, between the idealism of our better nature and our baser desires and fears.

Twelve years ago, according to the narrative, we were given a leader, a man who was an avatar of innate goodness, one who showed us our own failings and offered a path to the hope of redemption. But we were unable to meet the heavy expectations placed on us. We turned away and, for a while at least, embraced the darkness.

It is self-evidently biblical, or would be if we weren’t a largely godless culture. There are countless such tales going back to the Fall, but surely the most redolent of our current circumstances is the story of Moses and the Golden Calf.

We are delivered out of captivity and ignorance by the greatest of prophets. But since we are weak and sinful, we (well, 47% of us, perhaps under the malign influence of foreigners) drop away from the path of righteousness. When our Moses has left us, for Mount Sinai—or Martha’s Vineyard—we succumb to idolatrous temptation.

No prizes for guessing the identity of the Golden Calf, all hefty and bulbous and dripping with bling, a fat, shiny idol to answer our earthier needs.

And now we have to be redeemed all over again.

The good news is that Moses is back. Not in the form of his designated heir and successor, but in the person of the prophet himself, brandishing heavy tablets in book form, ready to smite the idol and restore his people’s faith.

There’s no one who seems more captivated by the idea of Barack Obama as a historical figure on a quasispiritual mission than the 44th president himself.

The first volume of his White House memoir—and his third autobiography, but Moses had five books after all, so it’s presumably early days yet—is actually titled “A Promised Land.”

The book—and the accompanying encounters with carefully selected, properly reverential media figures—is timed perfectly to fulfill its intention of explaining the moral arc on which America finds itself.

In this telling Mr. Obama was elected to heal and reform a broken and flawed America. He kept his side of the bargain, governing judiciously, animated by reason and justice. But evil Republicans, propelled by right-wing media, refused to be conciliated. Instead they pandered to their base and exploited the election of America’s first mixed-race president to stoke ancient hatreds and ultimately to elect Donald Trump.

It’s nonsense. Mr. Obama was in the main an unusually skilled politician, a clever rhetorician adept at cloaking his progressive ideology in the mantle of a higher idealism.

Like other, less feted presidents, he was an opportunist too—with a cynicism that at times could be breathtaking. You get a good sense for this—as well as for the ideological leap the Democratic Party has taken in the past decade—from a telling little story about a man who once featured prominently in Obama teleology.

Mr. Obama recalls in the book how he had to jettison the Rev. Jeremiah Wright, whom the future president once called his “spiritual mentor,” after ugly sermons surfaced about race and America’s irredeemably sinful history.

Well, praise be! Mr. Wright’s views on America are now more or less mainstream among progressives and much of the Democratic Party. “God Damn America!,” an imprecation so loathsome that Mr. Obama had to disown it to save his campaign in 2008, could now more or less serve as the title of the curriculum our progressive cultural leaders, Mr. Obama included, want us to learn.

The former president is highly intelligent, yet, as with so many of his ideological ilk, this natural intelligence is completely unallied to even a hint of self-awareness.

He fails even to see, let alone acknowledge, that it was his membership of a disdainful, ideologically monolithic class, rather than his race, that fostered so much of the resentment that led to the election of his successor. What followed Mr. Obama was less a suddenly discovered taste for racist authoritarianism than the revenge of those he had once dismissed as bitter clingers, or those who didn’t share his Princeton-educated wife’s view that his election was the first occasion in American history for genuine pride.

Many Americans voted for him and then for Mr. Trump. Surely some of them believed in Mr. Obama’s promise of comity only to see that in the end he wasn’t that different from the usual establishment politicians.

It’s a lesson you’d think this most self-consciously measured of politicians would appreciate. In appraising recent political history we could do with a little more reasoned nuance and a little less Old Testament righteousness.