The Justice Department under the Trump administration declined to open a criminal investigation into the actions by Ms. Chao when she was transportation secretary. 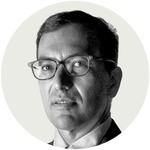 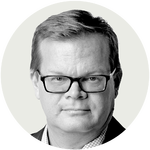 WASHINGTON — While serving as transportation secretary during the Trump administration, Elaine Chao repeatedly used her office staff to help family members who run a shipping business with extensive ties to China, a report released Wednesday by the Transportation Department’s inspector general concluded.

Ms. Chao, the wife of Senator Mitch McConnell of Kentucky, the Republican leader, announced her resignation on Jan. 7, the day after the Capitol riot. At the time of her departure, an aide to Ms. Chao said her resignation was unrelated to the inspector general’s investigation.

The investigation of Ms. Chao came after a 2019 report in The New York Times that detailed her interactions with her family while serving as transportation secretary, including a trip she had planned to take to China in 2017 with her father and sister. The inspector general’s report confirmed that the planning for the trip, which was canceled, raised ethics concerns among other government officials.

As transportation secretary, Ms. Chao was the top Trump administration official overseeing the American shipping industry, which is in steep decline and is being battered by Chinese competitors.

“A formal investigation into potential misuses of position was warranted,” Mitch Behm, the Transportation Department’s deputy inspector general, said to House lawmakers on Tuesday in a letter accompanying a 44-page report detailing the investigation into “use of public office for private gain.”

The investigators did not make a formal finding that Ms. Chao violated ethics rules. But they detailed more than a dozen instances where her office took steps to handle matters related to her father, who built up a New York-based shipping company after immigrating to the United States from Taiwan in the late 1950s, and to her sister, who runs the company now.

These included an interview with a Chinese-language television station at the New York City headquarters of Foremost Group, the shipping company. The focus of the conversation there, according to a Transportation Department translation of the media plan prepared for the interview, was to discuss how Ms. Chao’s father, James Chao, had been “dubbed ‘Chinese Ship King,’ how Foremost Group ‘ascended to its status in the world,’ and Dr. Chao’s business endeavors.”

Mr. Chao, 93, who was born in China, built a business that centered around transporting commodities like coal and iron ore to the Chinese market. Elaine Chao, his eldest daughter, who was raised in and around New York City, has been prominent in Republican politics for decades, including an eight-year term as labor secretary under President George W. Bush.

Foremost Group was responsible as of 2019 for a large portion of orders at one of China’s biggest state-funded shipyards, and had secured long-term charters with a Chinese state-owned steel maker, The Times reported.

The Chao family’s American success story has vaulted the family to celebrity status in China, and the Chaos regularly meet with top officials on their trips to the country.

In a statement on Wednesday, a public relations firm representing Ms. Chao said the report cleared her of any wrongdoing.

“This report exonerates the secretary from baseless accusations and closes the book on an election-year effort to impugn her history-making career as the first Asian-American woman appointed to a president’s cabinet and her outstanding record as the longest tenured cabinet member since World War II,” the statement said.

Ms. Chao had declined to respond to questions from the inspector general and instead provided a memo that detailed the importance of promoting her family as part of her official duties.

“Anyone familiar with Asian culture knows it is a core value in Asian communities to express honor and filial respect toward one’s parents,” the September 2020 memo said. “Asian audiences welcome and respond positively to actions by the secretary that include her father in activities when appropriate,” it continued.

Democrats seized on the report as further evidence of ethical problems throughout the Trump administration.

“Public servants, especially those responsible for leading tens of thousands of other public servants, must know that they serve the public and not their family’s private commercial interests,” said Representative Peter DeFazio, Democrat of Oregon and the chairman of the House Committee on Transportation and Infrastructure, which requested the investigation after the report in The Times.

The investigators found that Ms. Chao had used her staff to arrange details for Mr. Chao’s trip to China in October 2017, including asking, through the State Department, for China’s Transport Ministry to arrange for two cars for a six-person delegation, which included Ms. Chao’s younger sister Angela Chao, who had succeeded their father as head of the family shipping company, and Angela Chao’s husband, the venture capitalist Jim Breyer.

The trip had been scheduled to include stops at locations in China that had received financial support from the company and also a meeting with “top leaders” in China that was to include Elaine Chao’s father and sister, but not other members of Transportation Department staff. The trip was canceled just before Ms. Chao’s planned departure after ethics concerns were raised by officials at the State and Transportation Departments.

The investigators also found that she repeatedly asked agency staff members to help do chores for her father, including editing his Wikipedia page and promoting his Chinese-language biography. They said she directed two staff members from her office to send a copy of Mr. Chao’s book “to a well-known C.E.O. of a major U.S. corporation” to ask if he would write a foreword for it.

In one instance in 2017, staff members from Ms. Chao’s office were assigned to check with the Department of Homeland Security on the status of a work permit application for a foreign student studying in the United States who had received a scholarship from a Chao family foundation, the report said.

The student, according to the report, had interviewed Mr. Chao at the New York headquarters of the family’s shipping company in order to share Mr. Chao’s experience “with Chinese millennials.”

In 2018, Ms. Chao’s staff at the Transportation Department helped promote her father at events at Columbia University, SUNY Maritime College, Lloyd’s List, and the Massachusetts Maritime Academy, according to the report.

The report cited a media plan that a department staff member was asked to proofread: “We recommend amplifying the coverage in regional press a means to build Dr. Chao’s profile and to share the story of his journey.”

On a separate occasion, a Foremost employee called the secretary’s office to help her father get an appointment of some kind — the specifics were blacked out in the report. “Secretary — I am more than happy to assist but just want to make sure you are okay with me handling this?” the aide wrote to Ms. Chao, the report said.

The report said that none of the Transportation Department employees interviewed “described feeling ordered or coerced to perform personal or inappropriate tasks for the secretary.”

In deciding not to take up a potential criminal case, the report said, the Justice Department notified the inspector general that “there may be ethical and/or administrative issues to address but there is not predication to open a criminal investigation.”

Given the lack of “prosecutorial interest” from the Justice Department, the inspector general closed its own investigation but referred it to the Transportation Department general counsel “for any action it deems appropriate.”