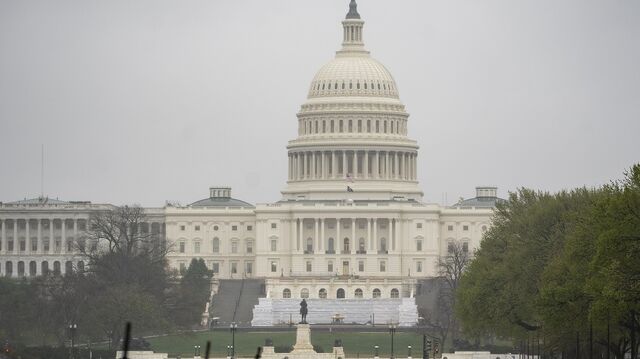 WATCH: The U.S. is moving with increasing urgency on bipartisan legislation to confront China with the Senate poised to act within weeks on a package of bills.

Congress is moving with increasing urgency on bipartisan legislation to confront China and bolster U.S. competitiveness in technology and critical manufacturing with the Senate poised to act within weeks on a package of bills.

As part of the package, Senator John Cornyn, a Texas Republican, plans to push for incentives to strengthen domestic semiconductor manufacturing through his CHIPS for America legislation, according to a person familiar with the matter. The bill became law earlier this year but was never funded. President Joe Biden has called for as much as $50 billion for the initiative.

Cornyn and other lawmakers want what Congress has already passed to be fully funded.

The Senate Foreign Relations Committee, on a 21-1 vote Wednesday, approved a bill aimed at China on a number of fronts, including by more closely scrutinizing foreign donations to U.S. colleges and universities.

The panel’s action came shortly after Majority Leader Chuck Schumer and Republican Senator Todd Young formally introduced their Endless Frontier Act that, among other things, would authorize $100 billion over five years to strengthen research and development in technology, computing, artificial intelligence, manufacturing and other areas.

“It’s a big, bold, bipartisan initiative” to propel the U.S. “into the 21st century,” Schumer said on the Senate floor.

The Senate Commerce Committee is expected to put together the legislation next week and Schumer has said he expects to combine it with other bills dealing with China and U.S. competitiveness on the Senate floor as soon as next month.

The developments are an indicator of the broad, bipartisan sentiment in Congress to counter China’s growing economic and strategic power and to make a statement about the country’s treatment of its Uyghur population and pro-democracy activists in Hong Kong.

The Strategic Competition Act approved by the Senate committee Wednesday included an amendment to prohibit the U.S. from sending a government delegation to the Winter Olympics in Beijing next February. American athletes would still be allowed to compete.

Other concerns are also influencing lawmakers. A global shortage of semiconductors has already caused economic pain in the U.S., as auto plants have been forced to shut down because of a lack of chips for cars and trucks. Other industries are also affected, and the shortage has led to added new urgency to efforts to increase chip manufacturing in the U.S. Commerce Secretary Gina Raimondo told senators on Tuesday that the production deficiencies amounted to “a national security risk and an economic security risk.”

Representative Michael McCaul, a Texas Republican said he and other sponsors of the CHIPS Act “look at Endless Frontier as our response to counter the Chinese Communist Party when it comes to technology, whether it’s artificial intelligence, quantum computing, 5G versus Huawei.”

“And the chip manufacturing falls right in place with that because it’s such a big part of our military apparatus,” McCaul said in an interview.

Young said last week that some of his colleagues were asking to slow down the legislation so that they could review it and that it could be weeks before it would be introduced. Then things sped up significantly.

“Right now, the Chinese Communist Party is emphasizing to the world that the United States is a divided nation,” Young said in a statement. “This is a rare opportunity to show the authoritarians in Beijing, and the rest of the world, that when it comes to our national security, and most importantly our China policy, we are united.”

The latest in global politics
Get insight from reporters around the world in the Balance of Power newsletter.

The legislation has 14 sponsors, including Schumer and Young. The list of co-sponsors is evenly divided between Republicans and Democrats and includes some of the most prominent names in both parties. Democrats Maggie Hassan, Chris Coons, Tammy Baldwin, Gary Peters, Chris Van Hollen and Mark Kelly have signed on, as have Republicans Susan Collins, Rob Portman, Lindsey Graham, Steve Daines, Roy Blunt and Mitt Romney.

Representatives Ro Khanna, a California Democrat, and Mike Gallagher, a Wisconsin Republican, have introduced a companion bill in the House.

“This is transformative legislation,” Khanna said in an interview. “It increases the science and technology funding in a way that we haven’t seen since the Cold War and it focuses on distributing the benefits in the funding across the Midwest, across the South, that I think is truly a new approach to research and development.”

Khanna said that White House officials have told him its a priority and he’s discussed with House Majority Leader Steny Hoyer how to move it forward quickly.

Industry groups applauded the introduction of the legislation.

“At a time when global competitors are seeking advantages through increased investments in R&D, it’s a critical time for the U.S. to update its strategy to ensure it retains its lead,” said Craig Albright, the vice president for legislative strategy at BSA|The Software Alliance, which includes Microsoft Corp., Intel Corp. and IBM Corp. “The Endless Frontier Act takes a forward-looking approach to help ensure the US remains the global hub for innovation.”