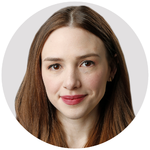 Ms. Bruenig is an Opinion writer.

Has there ever been a threat so toothless, so risible, so obviously meek as the one issued of late to American businesses by miffed Republican senators?

“My warning, if you will, to corporate America is to stay out of politics,” Senator Mitch McConnell recently told reporters. “I’m not talking about political contributions,” he then clarified, in case anyone had mistaken the bark for bite.

Senator Rick Scott of Florida likewise warned of a “massive backlash coming” for “woke corporate America”; meanwhile, Senator Marco Rubio reckoned that “the bill is coming due” for companies that haven’t fulfilled their “patriotic role.”

The lovers’ quarrel between big business and the right has been long in the making, but the current tiff emerged from corporations’ attempt to veto Georgia’s legislative effort to limit voter turnout. As other states, like Texas, consider Georgia-esque legislation, dozens of executives have put their heads together on a conference call to consider how best to turn back the tide of anti-democratic laws.

Liberals have largely embraced this backup from corporations, with more than a note of glee at the turning of the tables. There’s something to be said for any port in a storm — but nobody, least of all liberals, has anything to celebrate in the rise of activist industry.

Remarkably, the possibility that corporate giants won’t necessarily come to the rescue of American democracy isn’t the only, or even the primary, reason for that. Executives will frame any capital strikes — that is, threatening to relocate operations or to decline to invest in a particular place in order to pressure politicians — as business finally rising to its responsibilities as a major power in society.

Opinion Debate
Will the Democrats face a midterm wipeout?

The reality is less inspiring. In disciplining governments, companies are simply doing what they always have done: shaping the political landscape to suit their interests and preferences, which can and do shift without notice.

And why not? Both protest and support served certain purposes for them — purposes of their own design, which they have no obligation or incentive to explain to you or me even as they go about organizing the world around us. In the clash between the owners of the assets that supply the means of production and profit (capital, in other words) and government, we are mere collateral.

The corporate defense of democracy is still mostly talk — none of which means the occupants of America’s finest corner offices are misrepresenting their political views. I assume that, like their highly educated and well-heeled peers, a good number of these titans of industry tend to lean blue and earnestly cultivate enlightened views. And yet that, too, is vaguely disconcerting. At a moment when Democrats are attempting to court the working class, publicly marrying their fortunes to those of capital is not only unsavory but unwise.

A reasonable counterpoint: What choice do right-thinking liberals have? American democracy is badly broken — unresponsive, unaccountable, broadly disconnected from the will of the people. Decades of gerrymandering have fractured many voting districts to favor the right wing, and the results of the 2020 census may well advance Republicans’ redistricting strategy even further.

Broad voter suppression laws of the same genus as the latest efforts in Georgia and Texas have opened a gulf between what voters want and what they’re even capable of asking for. And over the last decade, 10 wealthy donors alone have poured $1.2 billion into federal elections, while “super PACs” and other groups have spent $4.5 billion, with millions in dark money flowing legally and unaccountably into elections nationwide. You can vote for whomever you choose, but your choices are chosen for you by powers beyond your control.

But those powers, too, answer to some authority: capital. Just as workers can marshal the power they have over capital by going on strike, capital can leverage the power it has over governments by using capital strikes.

Occasionally, that kind of intervention can arrive as a welcome relief, especially when turned against countermajoritarian policies promulgated by legislators ensconced in crooked districts carved out to favor them.

So why not a marriage of convenience — at least a temporary one? For one: Capital is unfaithful. It can, and does, play all sides. Many of the courageous businesses that protested North Carolina’s 2016 “bathroom bill,” for instance, also donated to political groups that helped fund the candidacies of the very politicians who passed the bill. It isn’t possible to cooperate with capital on social matters while fighting them in other theaters; capital can fight you in all theaters at once, all while enjoying public adulation for helping you, as well.

Setting aside the fact that capital can in a single moment be both heroic and diabolical — Amazon wants you to be able to vote, but it would prefer if you didn’t unionize — it is, incredibly, even less democratic, accountable and responsive than our ramshackle democracy.

Capital rallies to the defense of democracy while aggressively quashing that very thing in the workplaces where its workers labor. It’s tempting, perhaps even satisfying, to call the government’s boss, but after the dressing down, you’re still just a customer, worth only as much as you can pay them or make them. That the jerks who’ve done their best to enervate our democracy are in the same boat as us is a cold comfort.

I have no idea what to do about this other than know it for what it is. If it were ever the case that knowledge was power, it certainly isn’t so anymore: Knowledge is more widely dispersed than ever; power remains notably concentrated. But knowledge confers a certain dignity. It’s worse to be powerless and unaware than to be powerless and perfectly clear on where you stand.