Listen to this article
13 minutes
This feature is powered by text-to-speech technology. Want to see it on more articles?Give your feedback below or email audiofeedback@wsj.com.

They bear no unit insignia, no flag patches. But the Swedish army recruits peppering the targets with machine-gun fire this fall knew exactly who the enemy was: Russia’s 76th Guards Air Assault Division.

With Russia’s foreign policy growing more assertive over the past decade under President Vladimir Putin, the Swedes are bulking up defenses on Gotland. Its army expects that in the opening moments of a Russian invasion, airborne soldiers from the 76th Guards, based across the Baltic Sea, would likely parachute onto Gotland. Both sides know that whoever controls the island controls naval traffic through the southern Baltic.

The Cold War is back on in the frigid North.

Russia’s expansive military and political appetites are alarming countries along the former frontiers of the Soviet Union, from Finland to Romania. The North Atlantic Treaty Organization has deployed four battle groups—nearly 5,000 troops—to Poland and the Baltic states of Estonia, Latvia and Lithuania. In 2018, Norway hosted NATO’s largest military exercise since the collapse of the Soviet Union.

Sweden’s response is especially dramatic, overturning decades of its own defense and foreign policy. While the country maintained a careful neutrality between the U.S. and Soviet Union during the Cold War, this time around Stockholm is tightening ties with Washington. This fall, the Swedes rubbed that partnership in Moscow’s face by spotlighting joint U.S.-Swedish commando exercises previously kept secret.

“We no longer can rule out a military attack on Sweden,” said Karin Olofsdotter, Sweden’s ambassador in Washington. “It’s not likely in any way, but it can’t be ruled out.”

Last month, Sweden’s parliament authorized the biggest increase in military spending in 70 years, including a 50% expansion of the country’s armed forces, to 90,000 troops in 2025 from 60,000 today. In 2018, the army resurrected its Cold War-era Gotland Regiment, which had been deactivated in 2005, and now the troops regularly train to repel Russian invaders. The army plans to add another battalion, artillery units and logistical capabilities to its forces on the island.

A U.S. Army Green Beret team is stationed full-time in Sweden to help the country’s 22,000-strong Home Guard—part-time citizen-soldiers—plan sabotage, ambush and other operations to disrupt any attempted occupation.

During the Cold War, Sweden kept upward of 700,000 men and women under arms. After the implosion of the Soviet Union, Sweden dismantled much of its military and turned the attention of what remained to peacekeeping, expeditionary ventures and counterterror operations in Afghanistan, Iraq, Mali and elsewhere. The Swedes even conducted small joint military exercises with Russians in the far north.

Then came a series of moves that appeared to signal Russia’s intention to retain a buffer of friendly states along its borders. First there was the military intervention in Georgia in 2008. Then in 2014 Russia seized Crimea from Ukraine and flooded the country’s east with covert operatives and mysterious soldiers whose uniforms bore no insignia. Now Moscow is propping up the authoritarian leader of Belarus, who has faced months of street protests.

“You get the impression they could be pushing one or two countries at a time,” said Johan Lagerlöf, head of strategy and security policy at the Swedish Ministry of Defense.

As a younger man, Mr. Lagerlöf was an artillery officer assigned to the Finnish border, with orders to cut Soviet supply lines if the time came.

The Russians deny any aggressive intent. “These invented anti-Russia phobias are due in no small measure to deliberate external pressure on Stockholm, primarily from the North Atlantic alliance,” a Russian Ministry of Foreign Affairs spokeswoman, Maria Zakharova, said this fall.

The ministry said in a written statement, “The degradation of the military-political situation in the North Baltic region, until recently one of the most stable in this respect in Europe, is taking place against the backdrop of NATO’s increasing military presence in the immediate vicinity of Russia’s borders.”

From Moscow’s perspective, the statement said, “there are currently no problems in the North Baltic region requiring a military solution.”

Russia has advanced ground-to-air missiles in Kaliningrad, an isolated Russian territory wedged between Lithuania and Poland. Should war come, the Swedes expect Russian marines from Kaliningrad to assault Gotland after the airborne attack.

Russian troops rehearsed amphibious landings in August, prompting the Swedes to rush fresh troops to Gotland. The Russian show of force followed a series of joint naval exercises this summer between Sweden and NATO.

Any act is open to suspicion. Swedes took offense when, a few years ago, a Russian television station broadcast a video mocking the masculinity of the Swedish military, set to the music of Abba. More recently, a Russian Orthodox church went up adjacent to the airport in Västerås, Sweden. “What’s it doing so close to a militarily sensitive site?” asked Gudrun Persson, a Russia expert at the Swedish Defense Research Agency.

Russia briefly occupied Gotland in 1808 during the Finnish War with Sweden. A Russian detachment of some 2,000 men soon fled before a larger Swedish force. Still, at war’s end, Russia had cleaved Finland from eastern Sweden and added the Grand Duchy of Finland to its empire.

Now, with climate change shrinking the ice cap in the Arctic, Russia is laying claim to key shipping routes along its northern coast.

Does Russia pose a genuine threat to the U.S. and its allies? Join the conversation below.

In response to Russia’s resurgence in the area, the Swedes dusted off old Cold War military plans and reinstituted the draft. Sweden is a member of the European Union, but not of U.S.-led NATO. Norway, Estonia, Latvia and Lithuania belong to the alliance, in which an attack on one member is considered an attack on all. Finland isn’t part of the alliance.

NATO membership isn’t on the table for Sweden, partly because Stockholm knows the Russians would see the move as deeply threatening.

Stockholm, however, has signed a series of defense understandings with the U.S., Norway and Finland in recent years. The Swedes and Finns have joint war plans on the shelf just in case.

Many Home Guard soldiers keep working dogs and weapons at home. One day a year, members wear their uniforms to their civilian jobs to remind the public of their role responding to security threats.

In 2018, the Swedish Civil Contingencies Agency sent every household in the country a 20-page brochure titled, “If crisis or war comes.” All of Swedish society, from individuals to companies to the central bank, participate in defense exercises. Civilians are encouraged to keep at least a week’s worth of food and water at the ready.

Even Crown Princess Victoria, the heir to the throne, completed basic military training in 2003. She is often pictured wearing camouflage on visits to army units, clutching a rifle on a marine shooting range or helping commandos blast their way into a building.

The Swedes see their strategy as their best shot at resisting the kinds of tactics Russia used in Ukraine, a combination of disinformation, cyberattacks, economic pressure, covert military operations and proxy warfare through local pro-Moscow militias.

“We want to send the message that if anyone has the bad idea of trying to attack Sweden in any way, they must be aware that Swedish special forces will do their utmost to resist and make their lives miserable,” said Gen. Löfberg. “We will do it alone, or together with partners.”

For several weeks this fall, an American Green Beret team worked with Gotland’s Home Guard detachment to practice resistance operations, a plan that leans heavily on the part-time soldiers’ intimate knowledge of the area. In one training scenario, a Home Guard soldier tapped his network of friends and family to find a mock enemy infiltrator; the soldier’s brother reported by cellphone that the man was hiding in the backyard.

“At least we’ll have a defense,” said Col. Mattias Ardin, commander of the Gotland Regiment. “It won’t be a new Crimea.”

Moscow periodically warns Sweden not to get too cozy with the West.

“The threats and risks are mounting,” Russian Foreign Minister Sergei Lavrov said at a news conference after meeting his Swedish counterpart in Moscow earlier this year. He cited “NATO’s unprecedented plans to move towards our borders and involve neutral countries—like Sweden and Finland—in its military exercises.”

Along with the increase in troops, Sweden’s latest defense plan boosts annual military spending by more than $3 billion, a 40% hike, in the next five years.

“Their stated strategy,” said Kenneth Howery, the U.S. ambassador in Stockholm, “is hold out as long as possible and hope help arrives.”

In a break from past secrecy, this fall the Swedish Armed Forces allowed The Wall Street Journal to observe aspects of two-week joint exercises between Swedish special forces and commandos from Stuttgart-based U.S. Special Operations Command—Europe. 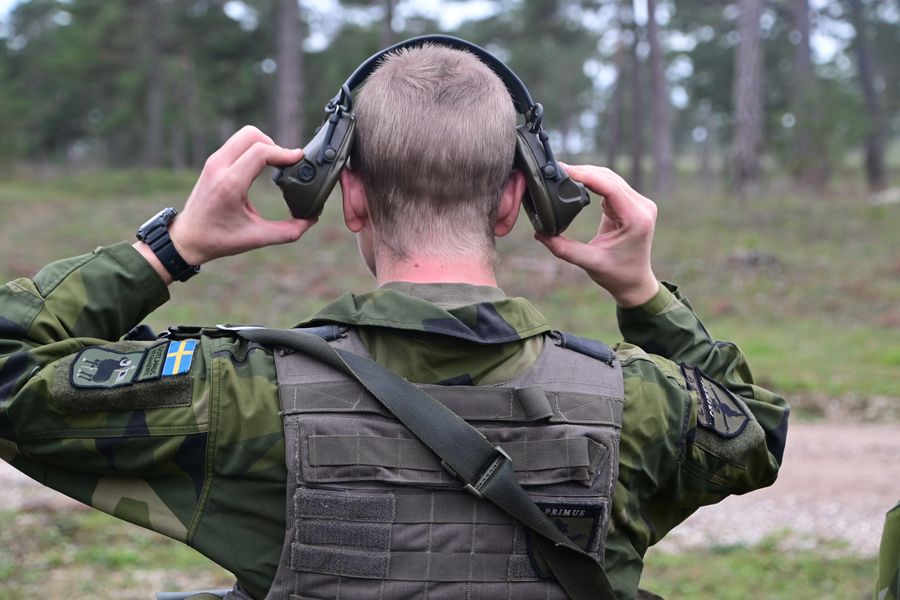 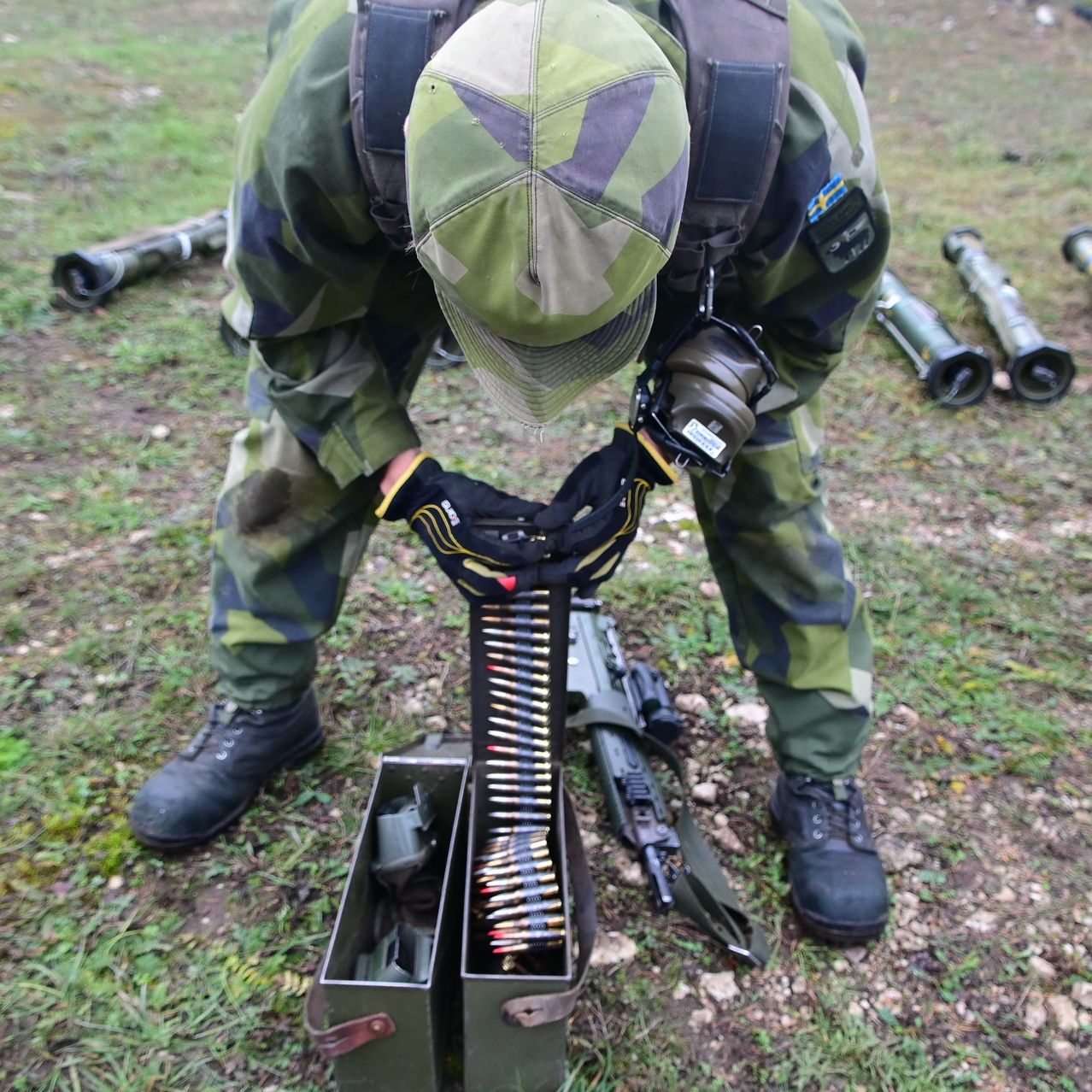 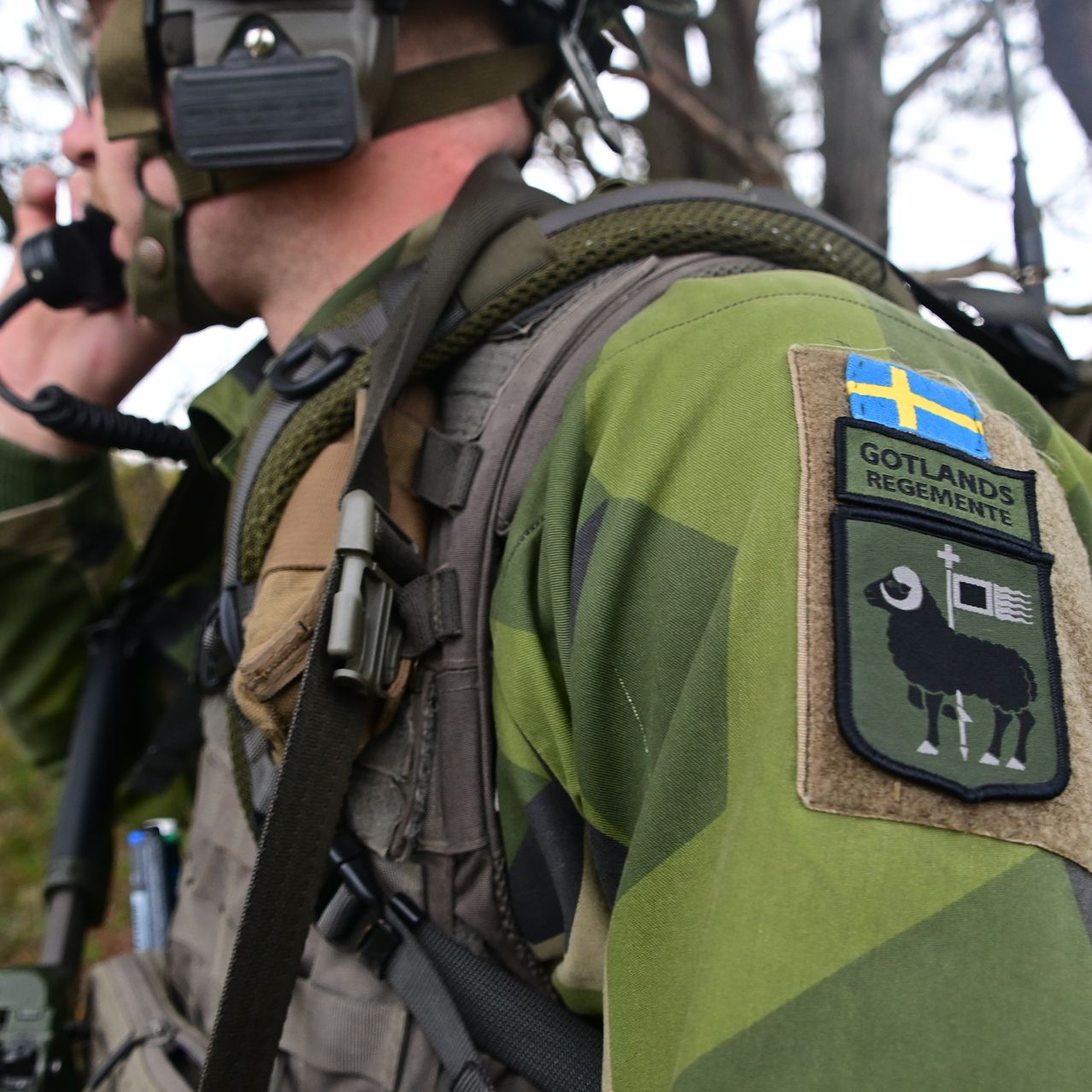 U.S. helicopters and American and Swedish fighter jets flew in close formation across the Baltic to Estonia, where German planes replaced the Swedish escorts. The U.S. warplanes planned to drop bombs on a military firing range in Estonia—the former Soviet republic turned NATO member—but weather forced cancellation of the display.

The Swedes “have come to the realization that being quiet and not advertising capabilities has no deterrent value,” said one U.S. officer involved in the training.

During one training exercise, a U.S. Special Forces team flew by helicopter from Estonia to Muskö, a Swedish naval base built in a vast network of underground docks and tunnels, for a rendezvous with Swedish commandos and Home Guard soldiers.

The Swedish and American commandos spotted the enemy ship docked at a civilian harbor and called in a simulated Tomahawk missile strike from the USS Ross, a destroyer. Swedish Home Guard soldiers extracted the Americans by boat and hid them in a cabin until a U.S. helicopter picked them up.

On Gotland, Swedish military commanders are putting clerks, drivers, radio operators, supply soldiers and other back-office troops through live-fire combat exercises in which they move through the woodlands to destroy enemy armored vehicles and kill enemy paratroopers.

—Thomas Grove and Nonna Fomenko contributed to this article.